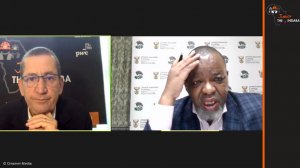 JOHANNESBURG (miningweekly.com) – South Africa should be an exploration site that contributes to gross domestic product growth and employment creation.

“Exploration is the way to go and a priority,” Mineral Resources and Energy Minister Gwede Mantashe told the 2020 Junior Indaba in his keynote address on Tuesday. (Also watch attached Creamer Media video.)

The Minister assured the conference of the commitment of the Department of Mineral Resources and Energy to strengthen its administrative capacity to ensure transparency and short turnaround times for the processing of mining and prospecting licences.

He said the future development of South Africa’s mining and minerals industry rested with the junior mining sector.

“We invite the industry to work with us,” Mantashe told the virtual online conference for explorers, developers and investors in junior mining, which was moderated by mining luminary Bernard Swanepoel.

Mantashe has set a target for South Africa to move from 1% of global exploration dollars to an ambitious 5% within the next five years. “If you go to Canada, the actual engine room for exploration is junior mining,” Mantashe said.

Sterile mines, he added, should be revived and new minerals discovered. To support this, the quality of geoscience information available for investors was being improved, a comprehensive exploration implementation plan was being developed and R268.3-million had been allocated for the geoscience research library and geological mapping for exploration of mining.

“We would like to encourage junior miners to work with the Council for Geoscience,” said Mantashe, who gave recognition to the critical attributes that support junior mining exploration activities including:

Black economic empowerment ownership had been omitted at the exploration phase and the Council for Geoscience had been directed to:

Artisanal mining, the Minister said, was being formalised to create an avenue to mine sterilised deposits and the small-scale mining framework implemented as part of the economic recovery plan.

“As we develop a comprehensive programme to support junior miners, we will finalise work underway with development finance institutions and the private sector,” Mantashe told the conference covered by Mining Weekly.

The DMRE had, as of April 1, approved R38-million for rehabilitation costs, exploration and the capitalisation of small-scale projects.