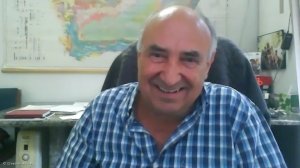 “They’ve never consulted industry about it and what they are requesting is impractical,” says Allan Saad, a consulting exploration geologist, who formerly represented the now defunct 23-member Foreign Investors Mining Association.

“They’re requesting all the old core. There are core sheds full of core. It’s impossible. The Council for Geoscience just won’t be able to handle that sort of volume.

“If they had only consulted with the industry, we could have resolved that problem and made it easier and explained to them how to go about achieving the goal, which is the gathering of all historical information,” Saad told Mining Weekly in a Zoom interview. (Also watch attached Creamer Media video.)

"It’s a very short period of time to put public input into it,” said Saad, who has personally submitted some input himself, “but it needs a concerted effort by a lot of other people in this industry and the timing is not on our side.”

He commended the principle of inviting public comment but was strongly critical of the modus operandi.

All historical information from 15 years and older must be handed in to the Council for Geoscience, but Saad questioned the capacity of the council to handle the load.

“There is not the capacity for the handling of that information and the costs of handing in that information are high. They should work with the industry and say to the industry let’s see how we can go about doing this,” he said, adding that what the draft regulations referred to as core chips were actually percussion chips, which are biodegradable and probably weight 25 kg per metre of sample.

“If you want the industry to hand in all those heaps of sand or chips, you’re going to open up a crushing business eventually, a sand business, because it’s quite meaningless,” Saad said.

“Consultation is key. Talk to the people with knowledge. There are many old retired geologists and managers from the industry that understand the industry. Let government sit down with these people and speak to them and consult with them and see what’s needed and try to fit that in to their political agenda. I think that’s important.

“You have a working system and then you have the political agenda and you’ve got to try and make these two match. We need a system where you can go into your computer, as you can do in Mozambique and most other African countries, and see who holds land and where, and you can then see what’s available and you can apply your ideas to that.

“Upliftment of the historically disadvantaged South Africans is obviously very important so we need to incorporate BEE at a later stage. The latest charter has taken BEE out of exploration in order to attract investors. So that is positive. Local explorers can still start their own operations but exploration does employ people and we do need foreign investment and we do need to attract investors,” Saad reiterated.