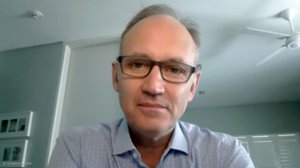 JOHANNESBURG (miningweekly.com) – The equivalent of a Koeberg power station is arising in the form of new largely mine-linked private-sector solar power photovoltaic projects across Southern Africa, according to AmaranthCX director and founder Paul Miller, whose company is working on the second edition of its electronic map of the utility scale power projects in the region, where there has up to now been an absence of particularly non-technical data required for investors, financiers and traders.

“Increasingly, the more recent projects are all coming out with battery storage as well,” said Miller, who was speaking to Mining Weekly in a Zoom interview. (Also watch attached Creamer Media video.)

AmaranthCX has effectively produced a Google Earth map of all the Southern African developments, prompted by very strong demand for the data, even from people in government.

“It’s because there's no central authority collating or publishing the information,” said Miller.

Although there have been some big programmes announced that do not have specific projects detailed as yet, many projects are going ahead, with some already in the construction phase.

“We do a lot of work assisting companies that sell to mines, and we discovered when putting together the addressable market of all mines in Africa that there are, of course, no street addresses.

“So, immediately you’re having to geo-locate mines and mining projects, and once you've geo-located something, it's not long before you have a map,” said Miller.

AmaranthCX thus produced a range of maps, particularly during the darker days of Covid lockdown.

“People were very interested in chrome, coal and manganese. But when we surveyed all the buyers of those maps, they often turned out to be traders, rather than suppliers. In other words, people buying commodities rather than people selling things to the mines, and a strong response came back that they needed more information on the power situation,” said Miller.

This resulted in AmaranthCX mapping all the power stations and major substations of the Southern African Power Pool, taking in South Africa and many of its neighbours.

“That turned out to be a somewhat shifting terrain, because in mining, you can make a judgment call on what an advanced project is. In other words, a mine that's likely to be built based on public or historical information on the geological resource, and you can say, okay, well, actually, there’s likely to be a new colliery here, or new manganese mine there, and you can add it to the mines so that people who are interested in perhaps buying the commodity or supplying that mine, have a fairly reasonable understanding.

“But when you start mapping power projects, it's quite different. In South Africa, for example, there are hundreds of permitted sites for renewable projects. In other words, there's lots of information online of basic environmental studies that have been done to get permitting for projects,” Miller pointed out.

Those are the projects that compete in the different rounds of the Renewable Energy Independent Power Producer Procurement Programme (REIPPPP) aimed at bringing additional megawatts to the country's electricity system through private sector investment in wind, biomass and small hydro, among others.

But since South Africa’s self-generation embedded power cap was lifted to 100 MW, very positive and widespread development of projects outside of the REIPPPP have arisen rapidly.

Mining Weekly: Is it something of a free for all out there?

Miller: From an information point of view, it is because there's no central authority collating or publishing the information. As we went into mining company results season, we had a lot of companies coming out with reports on their sustainability metrics, and they started coming out with announcements of embedded, mainly of photovoltaic solar, projects. I started running a little list on a notepad, then I put it in a spreadsheet, and eventually I realised that I could not keep up. I put out the log on LinkedIn and I've never had a social media post go viral as quickly.

North of South Africa, the circumstances are different owing to countries not having the deep long-term capital markets that South Africa has.

Mining Weekly: What are you finding is happening in the Southern African Power Pool?

Miller: As in South Africa, it's a story about transmission capacity. The generation playing field is changing dramatically. A country like Namibia, has introduced significant solar generation, and they've interconnected themselves, for example, to the Zambian power grid, with a 700 km direct current power line all the way down the Caprivi Strip to Kasane. We've seen stuff happening around us but we can't escape the fact that South Africa's electricity requirements and infrastructure absolutely dwarfs the combined generating and transmission infrastructure of all the rest of the countries of the South African Power Pool, but it's still interesting because they are mining projects up there that are of interest. So we've seen the Angolans have spent huge amounts of money on strengthening the grid energy generating capacity. At Laúca they are building a 2 100 MW hydroelectric power plant. But Angola is not connected to the Southern African Power Pool yet. There is a plan to connect Lubango to Ruacana in order to tap the Baynes hydropower plant on the Kunene river but that's some years away. The total electricity requirement of a country like Malawi will be about 300 MW. It's tiny relative to the rest of the power pool, but they are being connected to the Mozambican grid and for them to be able to also get power from Cahora Bassa, and then we see that the Zambians and the Tanzanians are looking to connect. The three countries that weren't connected were Malawi, Tanzania and Angola. In Tanzania, a lot of people aren't aware of it, but the Julius Nyerere hydroelectric dam is being built on the Rufiji river. That’s over 2 000 MW of hydropower. Those numbers don't seem that significant relative to South Africa's power requirements, but that’ll be a 50% increase in Tanzania's power requirements. Likewise, the Laúca project in Angola. In Zambia, the Kafue Gorge hydro plant is under construction with 750 MW. We forget that there might be 40 000 MW of potential at Grand Inga, on the Congo river, but there's at least 20 000 MW of distributed hydropower potential across the rest of the countries, on other watersheds. Long term, we have to look at a solution that involves hydropower coming south, from near the equator, to the southern parts of the continent, and solar and wind going north, from the southwestern portions of the continent. But that's a story about transmission and it's a story about transmission in our neighbouring countries, and the only way that they can get financed is by multilateral agencies, because the capital markets are not deep enough and they're certainly not long enough. You can't borrow 20-year money in Zimbabwe or in Zambia, for example.

All power pool countries have reformed and restructured their electrical markets in the last quarter century, with most improving their transmission and distribution systems and introducing independent power producers into the generating mix.

The trading of electricity between those members already connected to the common grid is now commonplace.