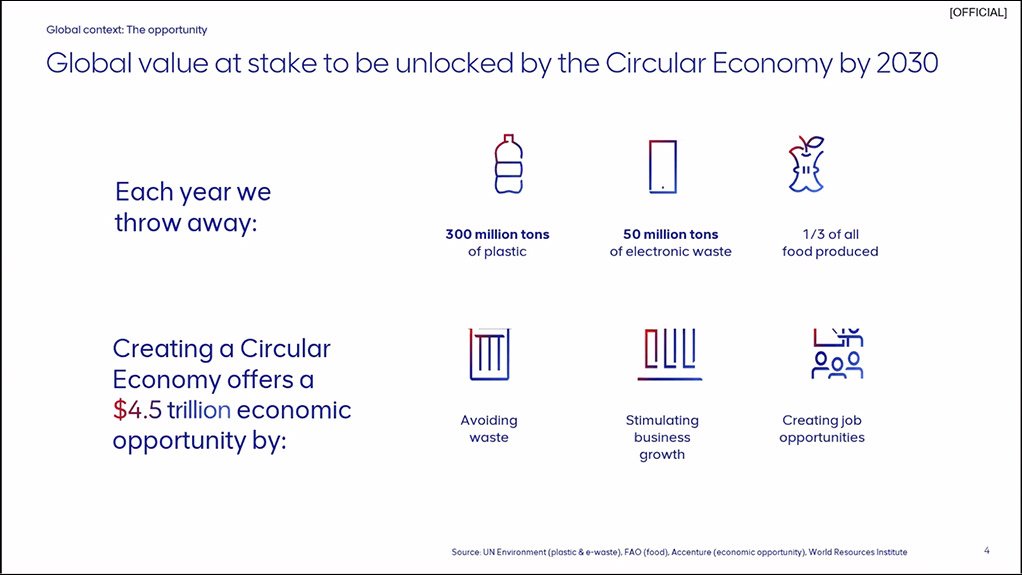 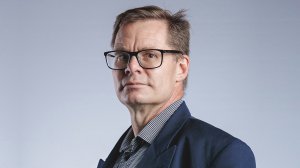 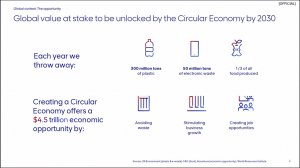 JOHANNESBURG (miningweekly.com) – The shift from linear to circular value chains has the potential to impact all aspects of mining and requires a rethink, Anglo American Platinum sustainable impact head Stephen Bullock has told a Southern African Institute of Mining and Metallurgy (SAIMM) webinar.

In a presentation on the circular economy – which favours activities that preserve value in the form of energy, labour, and materials ­– Bullock said mining needed to rethink more efficient operations by addressing the value loss through byproducts of business processes across energy emissions, water and waste. (Also watch attached Creamer Media video.)

“We've got to look at new products and services, rethinking the design lifecycle and end-of-life stage of a product or service to optimise usage and close the loop.

“We've got to change ecosystem dynamics, collaborating and partnering with public and private sector peers to create an enabling environment for collective transformation,” he told the webinar in which Mining Weekly participated.

Involved was the decoupling of growth from resource use, with waste in conventional linear processes needing to be identified across the four key dimensions of wasted resources, such as renewable energy, wasted capacity, wasted lifecycles, and wasted embedded value.

Earlier, the webinar heard from webinar chairperson and past SAIMM president Gordon Smith that environmental, social and governance (ESG) and sustainability (ESGS) had assumed a new high level of importance to business and society in the wake of climate change, ever-widening inequality, global uncertainty and increasing economic risk.

Smith, who currently serves on the council and who is a founder member of the institute’s ESGS committee, said full membership of the SAIMM was now being opened to mining industry ESG practitioners, in line with the importance of ESG to the minerals industry.

The former Anglo American Platinum executive head: technical said that, as an institute, SAIMM saw it as a mandate to inform, educate and convene through dialogue and debate on what he described as “critical issues”.

The council has brought into being a committee with a mandate to guide, educate and inform its members of ESGS’s pillars, tenets and dimensions in mining and to be seen as thought leaders in its progressive evolution for the mining sector.

“Ultimately, ESGS, or responsible mining, needs to achieve the same status as safety and become a fundamental part of our mining DNA and the way we behave as professionals,” said Gordon,

In fulfilling its mandate, an ESGS webinar series has been established and an annual SAIMM Journal edition will be dedicated to ESGS papers, coupled with monthly commentary on ESGS-related themes, in addition to the normal conferencing activities.

The webinar heard from Bullock that total demand for resources is expected to reach about 130-billion tonnes by 2050, up from 50-billion in 2014 – an overuse of the earth's total capacity by more than 400%.

“Interestingly, by 2030, there's going to be about 2.5-billion new consumers joining the middle class, and the more a society or a country has in the middle class, the higher the resource utilisation," he pointed out.

However, there were certainly opportunities amid global society being extremely wasteful, with 31% of food generated going to waste in the value chain, and about 30% of the value in steel being lost after its first phase of recycling.

Growth needed to be decoupled from resource use and waste in all forms eliminated.

He described the circular economy as being among the approaches to mitigate the high scale of consumption, including its adverse effects on social development, climate change and excess carbon

“The circular economy is about minimising waste in all its forms and making the most of what we have, natural resources included, and it is more than just recycling. It advocates reusing, redesigning, sharing, repairing, refurbishing, remanufacturing, and recycling, consuming fewer resources in the first place, and then using them for longer.

“At a fundamental level, it's about transforming the linear business models that society has depended on for so long and built on the principle of take, make and dispose, into models that are regenerative by design,” added Bullock.