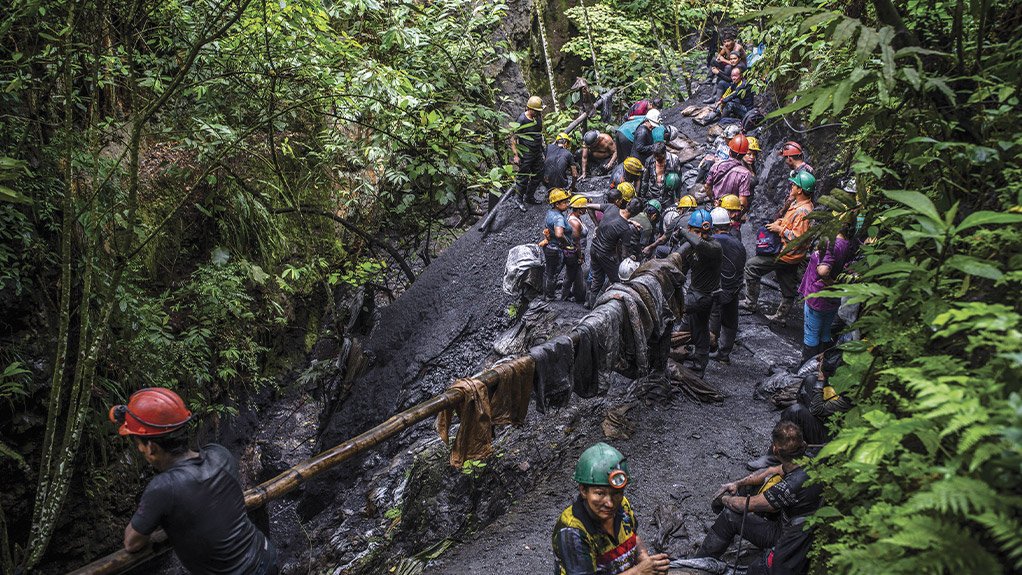 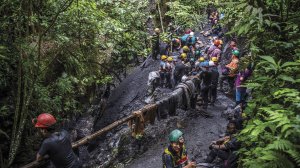 Gemstone mining and marketing company Fura Gems is set on introducing modern mining in Coscuez, Colombia, where it is involved in emerald mining. Coscuez has yielded emeralds for more than 300 years but, as reported by Bloomberg, Colombian emeralds are now more difficult to find. According to Colombia’s National Mining Agency, emerald production fell to 1.9-million carats in 2018, from a record high of 9.8-million carats in 2004. In this picture, informal emerald miners are seen working in San Pablo de Borbur, which is located in the Boyacá Andean region. Fura Gems, which is listed on Canada’s TSX Venture Exchange and headquartered in Dubai, also mines rubies in Mozambique.