Election will decide fate of Alaska gold mine, shift to e-cars

Election will decide fate of Alaska gold mine, shift to e-cars 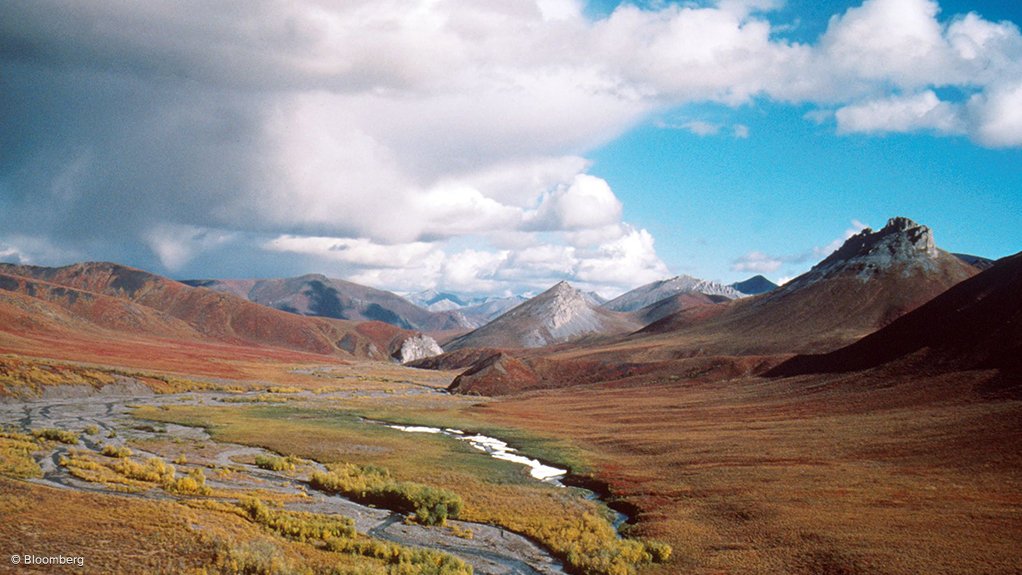 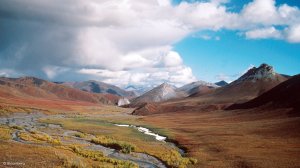 Oil drilling in the Arctic and the Pebble gold mine in Alaska aren’t actually on the ballot -- but they might as well be.

The controversial projects are hanging in the balance of the presidential election, with Joe Biden’s vow to scuttle them. And dozens of other oil, gas and mining ventures planned across the US face heightened risk of rejection or longer permitting times as the Democratic nominee focuses on promoting cleaner alternatives.

Conversely, Trump’s re-election would pose uncertainty affecting some renewable energy developers that would fare better under Biden, including companies seeking to build multibillion-dollar wind farms off the US coasts.

There’s a “sliding scale of risk,” said Christi Tezak, managing director at ClearView Energy Partners. “Where you arrive on that scale is going to be increasingly influenced by the carbon intensity of the activities you’re engaged in,” she added.

Here are some election-exposed energy projects.

Alaska’s Arctic National Wildlife Refuge teems with polar bears and caribou -- and, potentially, 11.8-billion barrels of crude. Oil companies have a shot at extracting it under a Trump administration plan to auction drilling rights across the refuge’s 1.56-million-acre coastal plain.

Biden has pledged to permanently protect the refuge, saying drilling there would be a “big disaster.”

Congress mandated that the Interior Department hold two auctions of coastal plain oil leases before December 22, 2024. Still, a future administration could settle legal challenges by environmental and indigenous groups to forestall a sale or conduct an auction with prohibitive minimum bids and restrictive lease terms that scare off already wary oil companies.

MINING GOLD FROM ALASKA’S PEBBLE MINE IN LIMBO
Developers have long been beckoned by a lode of gold, copper, rhenium and other minerals near southwestern Alaska’s Bristol Bay. But conservationists, local activists and regulators warn Northern Dynasty Minerals’s plans to extract the bounty threaten a flourishing sockeye salmon fishery.

Biden has promised to block the project, calling the area “no place for a mine” and noting the government reached the same conclusion while he was vice president.

The Trump administration scrapped Obama administration pollution restrictions blocking the mine. The US Army Corps of Engineers concluded in August it couldn’t permit the mine as proposed because of the threat of environmental damage but gave Northern Dynasty 90 days to develop a plan for mitigating those impacts.

OFFSHORE WIND WOULD GET BOOST UNDER BIDEN
The Trump administration celebrated a “bidding bonanza” when renewable energy developers pledged $405-million to buy offshore wind rights in December 2018. But that was a high-water mark for a nascent offshore wind industry that has otherwise failed to thrive under Trump.

The administration hasn’t authorized its own auction of wind leases, including tracts near New York under consideration since 2017 and territory near the California coast that faces objections from the Pentagon.

The Interior Department has been inching cautiously toward a decision on the first major offshore wind project in federal waters, Avangrid’s 800 MW Vineyard Wind off the Massachusetts coast. Extra environmental scrutiny of Vineyard is expected to make it easier for subsequent ventures from Equinor, BP and other companies to win approval, but the slow pace has frustrated developers, said ClearView Energy Partners vice president Timothy Fox.

“Offshore wind project developers would feel some relief with a Biden administration that would be much more explicitly supportive,” Fox said.

ELECTRIC VEHICLES NEAR CROSSROADS
Biden has plans to use federal regulation, tax incentives and other policies to accelerate the deployment of electric vehicles, a potential boon for Tesla, General Motors and other automakers. He has called for installing at least 500 000 public charging outlets across the US and promised to expand a tax credit that encourages electric vehicle purchases.

BIDEN LIKELY TO SCRUTINIZE MINNESOTA’S TWIN METALS
When Biden was vice president, the Obama administration blocked a lease renewal for the proposed Twin Metals copper, nickel and cobalt mine in northeastern Minnesota. Now, conservationists want Biden to take a similarly hard line against the mine they say threatens to pollute protected waterways and forest in the Boundary Waters Canoe Area Wilderness.

Biden didn’t join other Democratic presidential candidates in committing to block the mine, and a campaign spokesman didn’t respond to messages seeking comment. But Charlie Hammond, the political director for Representative Betty McCollum, a Minnesota Democrat who opposes the project, said there’s “no reason to expect that a future Biden administration would put the Boundary Waters’ 1.1-million acres of pristine land and water at risk of toxic pollution.”

The Trump administration began analyzing a proposed mine plan in June, even as conservationists challenge reinstated Twin Metals leases and extended prospecting permits. A future administration could agree to a settlement that moots the project.

Twin Metals spokeswoman Kathy Graul said the mine would supply essential minerals, be environmentally safe and be built by union labor. The company anticipates “bipartisan support at all levels of government,” she added.

SOME PIPELINES WOULD LOSE IF TRUMP GOES
Perhaps no other US pipeline has engendered more controversy than Keystone XL, the TC Energy Corp. project proposed to ferry 830 000 barrels of crude daily from Alberta, Canada to Nebraska.

Biden has vowed to block Keystone, which could be as simple as withdrawing Trump’s presidential permit. A Biden administration also could stop defending federal land crossings in court or ignore a new application, among other options, Tezak said. “There’s a thousand ways for Biden to kill it.”

Energy Transfer’s Dakota Access pipeline, which has also drawn protests, has been pumping crude from North Dakota to Illinois since 2017. But continued operations are in jeopardy after a federal judge revoked an easement and directed the Army Corps to redo an environmental impact statement on the project.

That means Dakota Access is now trespassing across federal land, and the Army Corps could dictate it be abandoned or removed. Environmentalists are pressuring Biden to shut it permanently. He hasn’t said what he’d do, and a campaign spokesman didn’t respond to messages seeking comment.

Analysts are divided over the most likely outcome. Rapidan Energy Group predicts that if Biden wins and pipeline operations are suspended, “DAPL is effectively dead” -- a view shared by Capital Alpha Partners managing director James Lucier.

Tezak says odds are greater Dakota Access survives, but “the question is whether a Biden administration would use its discretion to hold things up to make the point on the need for an environmental impact statement.”

Developers have built 92% of the Mountain Valley natural gas pipeline linking West Virginia and southern Virginia, but the project’s future is uncertain amid lawsuits challenging the government’s endangered species assessments, a permit to cross the Appalachian Trail and stream-crossing authorizations.

“If any of those get overturned by a court -- the permits voided and the approvals kicked back to the agency -- it would go back into a new administration potentially,” creating “a big election risk,” said Bloomberg Intelligence analyst Brandon Barnes.

The pipeline, backed by EQM Midstream Partners, NextEra Capital Holdings and other companies, has also drawn opposition from local residents and activists who say it threatens property values, water wells and wetlands.

A Biden campaign spokesman did not respond to a message seeking comment.