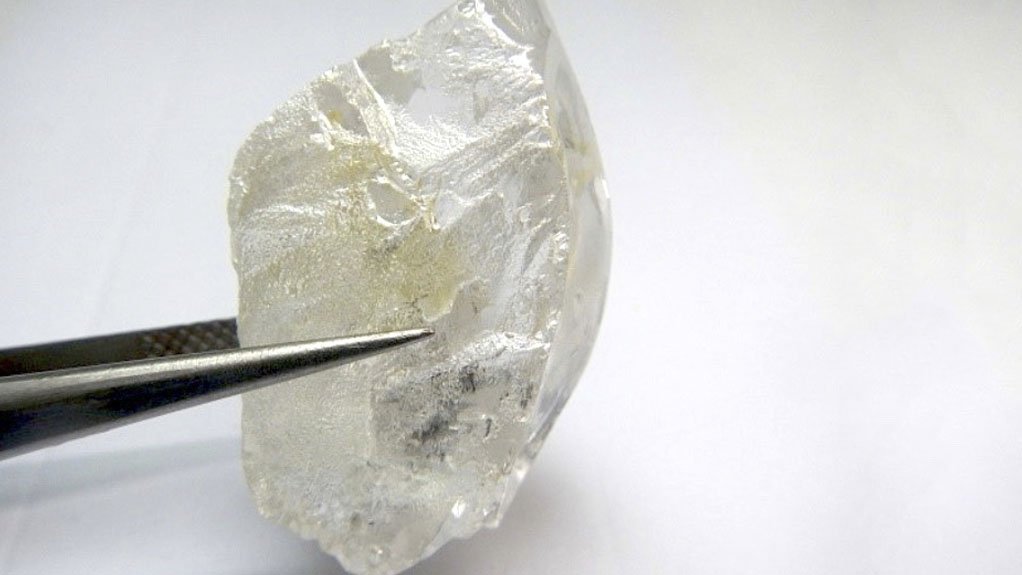 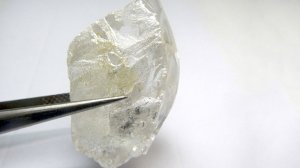 Australian diamond mining and exploration company Lucapa Diamonds’ Lulo mine, in Angola, delivered pleasing diamond recoveries in November, on the back of the eighth diamond discovery larger than 100 ct at the mine, reinforcing a strong performance from its operations in October, states MD Stephen Wetherall.

Lucapa announced the discovery of a 129.58 ct diamond in November, having discovered seven diamonds more than 100 ct in the first two-and-a-half years of commercial mining, from relatively low throughput rates.

The 129.58 ct diamond was discovered from alluvial Mining Block 6, along with another large high-value diamond weighing 78.61 ct. Both diamonds have been confirmed to be Type IIa D-colour gems, the most valued and purest of diamonds that contain little or no nitrogen atoms in the crystal structure. Colour diamonds can be found with a brown, purple, blue or pink tone.

The Lulo diamond project is a 3 000 km2 concession in Angola’s Lunda Norte diamond heartland, about 630 km east of its capital, Luanda.

Owing to the high value of diamonds in Angola, specifically at the Lulo mine, Lucapa and its partners launched the Lulo kimberlite exploration programme last year, which aims to identify the primary sources of alluvial diamonds found in the area.

Lucapa and its partners have three drilling rigs available on-site to drill priority kimberlite targets identified at Lulo. The mine’s list of targets was upgraded in July, using data from the results of an 8 566 line kilometre helicopter-borne time domain electromagnetic survey flow over the Cacuilo river valley area.

These include targets located in drainage systems feeding into Mining Block 8, an alluvial area at Lulo, as well as the L165-L170 kimberlite cluster, which was previously highlighted as an area of exploration interest.

Core from the kimberlite drilling programme is progressively logged for dispatch for mineral chemical analysis, which takes place in Cape Town, to prioritise pipes for follow-up work, including further drilling and bulk sampling. The first laboratory results are expected soon, Lucapa confirms.

Angola is the world’s fourth-largest diamond producer by value and sixth-largest by volume. The country’s diamond industry emerged in 2002, after a civil war. The country recently underwent a peaceful transition of political power. Last year, Angola’s government reduced taxes and cut State ownership requirements in an attempt to further rekindle and embrace the industry, according to mining.com.