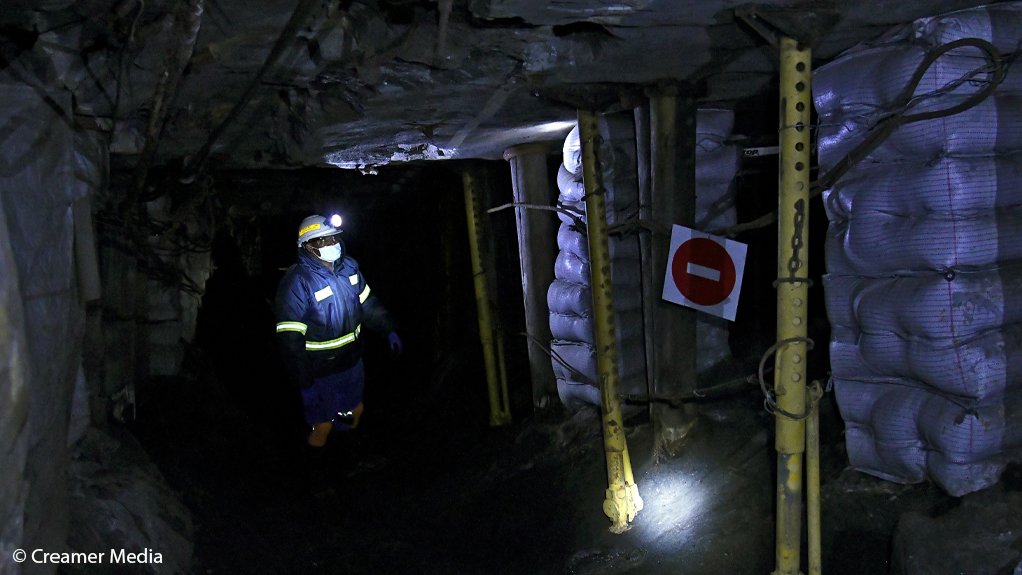 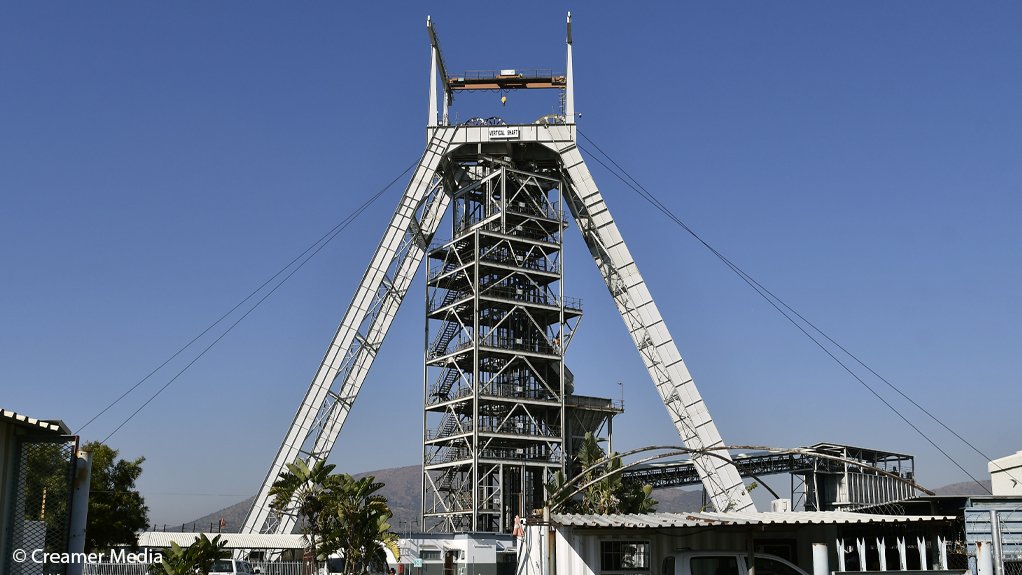 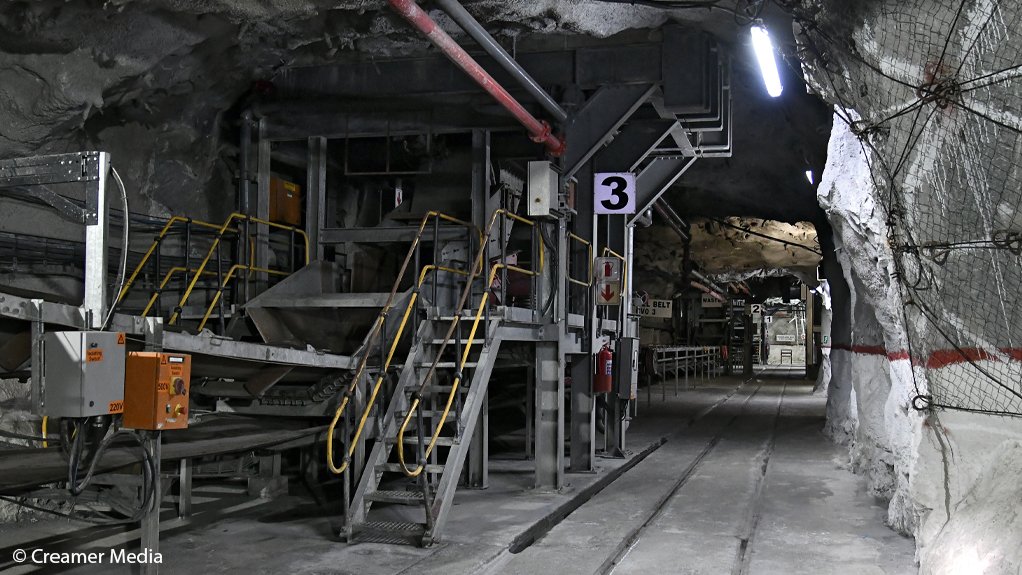 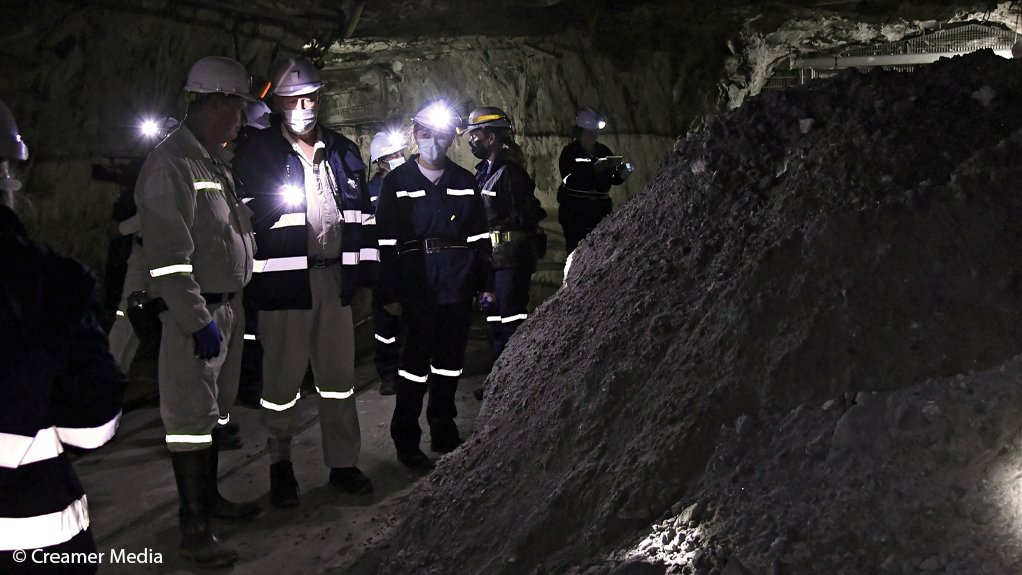 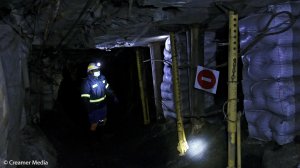 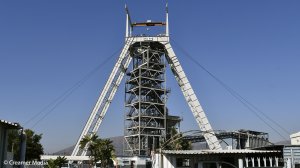 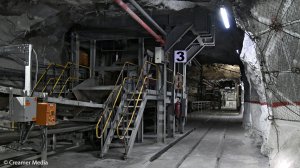 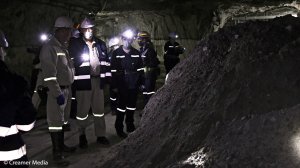 Having completed a new long-term plan and mine redesign study, JSE- and TSX-listed midtier platinum group metals (PGMs) miner Eastplats envisages restarting mining operations at its flagship PGM and chrome operations, Crocodile River Mine (CRM), in South Africa’s North West province in the third or fourth quarter of this year.

Restarting underground mining at CRM is dependent on whether Eastplats can secure sufficient funding, as well as the obligatory board approval, with the miner currently conducting its CRM restart business execution plan and raising the required capital.

“To start up the underground, we need $25-million [R380-million] that will largely comprise of initial mining capital [to] re-equip the stopes and winches, refurbish the lamp room, and get equipment on site,” says Eastplats South African operations GM Hannelie Hanson.

Also included in the upfront capital costs is contingency capital of $6-million (R93-million).

In 2021, Eastplats issued rights, raising C$11.8-million, which it intends to use on capital projects and working capital.

The CRM was placed on care and maintenance in August 2013 owing to economics and problems with the mining method. “The first fault of the mine [was the] mechanised mining and board and pillar on top levels; that is problematic with [CRM’s] orebody and structures,” Hanson says.

With a market capitalisation of C$30.3-million, a share price of C$0.22 apiece and total (measured and indicated) CRM resource of 8.49-million ounces, says Hanson “. . . we are today, very close to actually having our first blast and starting production from underground.”

The CRM has a net present value of $188-million ($202-million including the tailings storage facility) and an internal rate of return of 118%; while, inclusive of tailings remining, operating costs are $1 350/oz.

However, Hanson says the AISC could be lowered through better management of dilution and grades mined, as well as costs.

Eastplats’ strategy to restart mining CRM is to use a hybrid mining method, employing 1 400 personnel and steadily ramping up underground production over three years, to a peak production rate of about 1.02-million tonnes a year.

Once underground mining is approved by the board, mining of the Zandfontein resource – which is where historical mining took place – will start at a rate of 40 000 t a month run-of-mine for two years, after which it will be doubled, with an overall mine life of 22 years.

Including the potential to move new mining development into the CRM’s Crocette and Kareespruit sections – which have indicated resources of 840 000 oz and 3.25-million ounces, respectively – could extend mine life to about 50 years, she says.

Crocette has a measured resource of 430 000 oz, with established mining layouts to 9 Level that can be used, should Eastplats decide to mine the area.

“The preference [whether to mine Crocette or not] would depend on [the minerals] basket, and how much [could be obtained]. The current thinking [which needs to be] ratified by the new board, is that, as we go deeper [into Zandfontein], we develop [Crocette, alongside the development of Zandfontein].

“We have been looking at [alternative] studies for Crocette to possibly go from an opencast, and then establish an underground adit from [that point forward], which is more cost-effective than trying to sink another shaft or do another decline from start,” says Hanson.

Underground mining at CRM will be undertaken using a hybrid method, which was suggested by mining advisory firm Ukwazi in a trade-off study, as a result of the complex geology of the Zandfontein orebody and the minimum requirements for the selection of a suitable, technically- and economically viable mining method.

Previous mining methods failed because of inefficient stoping methods and infrastructure that was costly to operate.

The new hybrid method involves mechanised on-reef development and conventional breast stoping; while hydropower will replace pneumatic power underground to improve power of the drills, reduce noise and heat and extend penetration on levels 6 to 12.

“Breast stoping is ideal [based] on studies we have seen, based on the orebody, the dip, thickness of orebody, as well as the faults and joints,” she says.

Drilling will be performed using hand-held drills, while cleaning will be done using winches.

According to the new mine design, the mine, which currently ends at 6 Level, will develop to 12 Level, at a depth of 820 m.

Eastplats has also reevaluated its underground support systems, replacing sticks with a timberless solution, while the previous 1.8 m roof bolts will be replaced with 2 m cable anchors. The mine will also employ concrete packs and pillars.

These measures will serve to reduce logistics, materials handling and costs; while she says it also provides more time on face. “Sticks normally cause a lot of hand injuries,” adds Hanson.

The new mining method will also take greater cognisance of the fault, leading to the creation of three distinct zones with their own infrastructure. She says these will also become ventilation and support control districts.

As for an infrastructure rethink, the CRM was, during 2010 to 2013, being outfitted with conveyor belts, a chairlift for personnel and making fully-functional the main vertical shaft for ore and personnel.

However, a market downturn in 2013 meant that this infrastructure was not completed at the time when it was decided to put the mine on care and maintenance.

However, Eastplats has been working on getting this infrastructure commissioned – a project nearing completion and a “key driver” for the miner’s restart plans, says Hanson. “We have that infrastructure and we are going to be using it.”

About $106-million has been invested in surface and underground infrastructure – including ore and personnel winders, offices, water and power supplies, change houses and ablution facilities, workshops, pump stations, an underground dam, explosives storage, tips and conveyors – since Eastplats’ new leadership was appointed in 2016.

This builds on the initial $526-million investment to establish them.