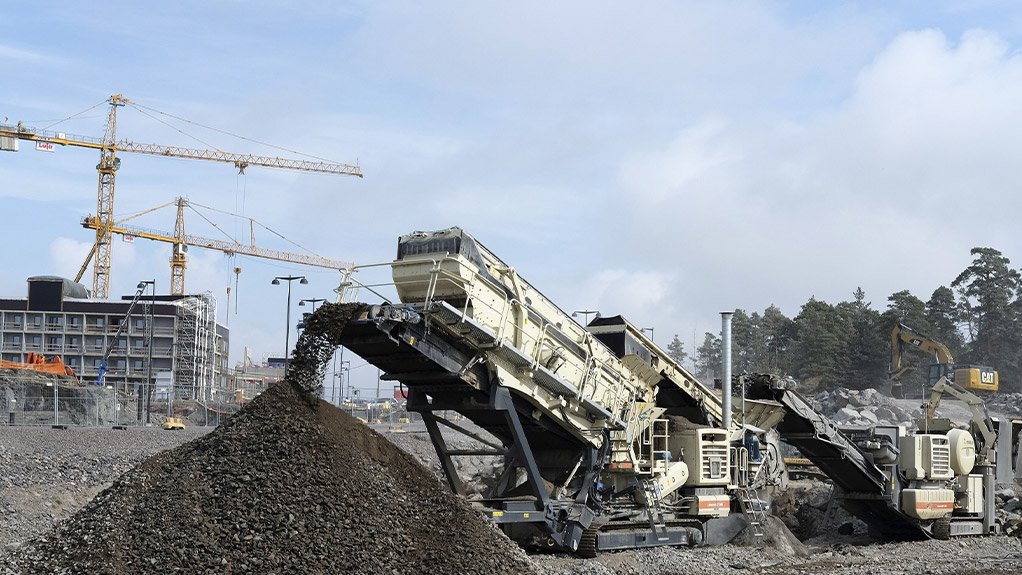 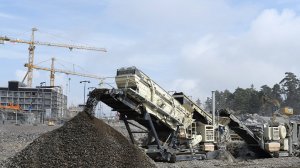 The new age of dual power, or bi-power, mobile crushers and screens allows contractors, quarries and mines to reduce operational costs and increase equipment availability, while enjoying the versatility of being able to run their crushers and screens in any remote location.

In a press release published last month, Pilot Crushtec sales manager Charl Marais explained that the bi-power feature is yet another market-leading innovation by technology and services provider for mining, aggregates, recycling and metal refining industries Metso, which was a pioneer in the concept of mobile crushing and screening equipment.

“Having listened to its market and developed mobile crushers, Metso also heard the call for its crushers to be driven by both on-board diesel generators or using a ‘plug and play’ option to connect to grid electricity,” said Marais.

“Although bi-powered options are not new to Metso’s fleet on some of its mobile units, Pilot Crushtec now encourages these features, which are available to its customers locally, and we are seeing clear signs of interest in the market.”

He highlighted the significant reduction in operating costs that can be achieved by running a mobile crusher on grid electricity.

Firstly, there are savings in diesel fuel, which is the biggest contributor to higher operating costs, as well as significant savings in diesel engine maintenance and servicing costs. Mobile units can be driven from an external power supply with the cost of electricity from a central grid generally much lower than the cost of diesel generated electricity per kilowatt.

“Secondly, there is better availability of the mobile crusher or screen, as less time is required for scheduled servicing on hybrid mobile machines,” he said.

Other advantages of running mobile crushers and screens off electric power is the elimination of carbon dioxide gas emissions and reduction in enginenoise, which is especially important when operating in urban areas. Considering the carbon footprint impact, fewer diesel engine services also equate to reduced lubricant usage and fewer consumable parts. These hybrid machines also use less hydraulic oil as drives have been replaced by electric motors.

“The necessary servicing of the mobile crusher and screen diesel engine would typically reduce equipment availability by a further 10 %,” he claimed.

This raises the performance of the machine substantially, improving its cost effectiveness over the duration of a crushing contract. The additional 10% uptime that can be achieved with a hybrid machine allows the customer to service a contract within time constraints. At the same time, the dual power option equips the machines to be applied on contracts in remote areas where grid power is unavailable.

“The versatility of the bi-power units that run either off the electrical grid or off a diesel engine allows them to be used in various contract structures, so this feature makes long-term sense, even when initially purchased for a short-term contract.”

Recent changes in South Africa’s power generation landscape are also turning the spotlight on the value of dual power units. To address the shortage of electricity in the country, large power consumers like mines are looking at generating their own energy from renewable sources. As mines also usually require crushing facilities, this has started opening doors for Metso’s hybrid innovation.

“We have already engaged with mines who are considering constructing their own solar plants to generate electricity, which could then, of course, drive a bi-power mobile crusher,” Marais said.

“This option would make sense not only from a cost perspective, but would also reduce the mine’s carbon footprint – an issue of growing concern in the mining sector.”

He noted that the cost effectiveness of using grid or local electricity sources – instead of diesel – improves with the size of the crushing machine, with substantial efficiency gains being made in applications where throughputs are 500 t/h or more. Various items in Metso’s mobile product range are already available with the dual power feature.

Marais concluded by pointing out that Pilot Crushtec is South Africa’s leading supplier of mobile and semi-mobile crushing and screening equipment and is the official Metso distributor for sub-Saharan Africa.