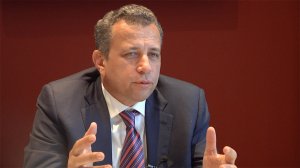 JOHANNESBURG (miningweekly.com) – The Democratic Republic of Congo’s (DRC's) largest province has embarked on a roadshow to court public–private partnerships (PPPs) and attract investors to develop the 503 239 km2 region that is being rebuilt.

The province, which was home to 12%, or eight-million, of the recovering country’s national population required investment of between $2-billion and $3-billion over the next five years, Bamanisa said, encouraging investors to engage the local State companies andsupport the growth of industries and value-addition activities.

The provincial ambitions included the rehabilitation of existing road infrastructures, the development of permanent electrification in both urban and rural areas and establishing access to drinking water, while protecting private property, investors and traders and ensuring a “regular, safe environment”.

Developing the mining sector in Orientale emerged as a potential catalyst to bolster the growth of other industries in the region.

There were opportunities for companies to exploit the local mines, establish processing facilities, embark on mine drilling and provide engineering machinery.

The province was also seeking investors for its 100%-owned mining operations, namely gold miners Ituri and Haut-Uele, and gold and diamond miners Bas-Uele and Tshopo.

Bamanisa indicated that a robust mining industry could be a platform to stimulate further growth for the country, pointing to the mining activities in Kibali leading to the development of a new town.

Randgold CEO Mark Bristow previously said that the mine was supporting economic growth in the surrounding communities, with banks, shops, service stations and mobile phone operations being established in recent months, in addition to the health and educational resources provided to towns and villages in the area.

Talking to the DRC’s overhaul of its mining code, Bamanisa noted that the ten-year-old legislation was undergoing a much-needed adjustment to protect the companies in the country, as well as the interests of the country itself.

This emerged as Bristow asked the national and regional governments to “match” Randgold’s commitment in the DRC by providing a fiscal and regulatory environment that would encourage further investment by other mining companies.

An investor-friendly mining code was called for to correct the currently skewed – in the State’s favour – policy.

Bamanisa said the new policies would enable a “win-win” environment, ensuring that government, which had historically benefited from 10% or less of operations in the region, gained some returns to uplift its people, while ensuring certainty and profit for companies.

The country was working to ensure ease of business, deliver certain guarantees to companies, free up land for new players, establish a good administration, deliver more transparency on business and government, and provide security.

Orientale was deemed a “vast reconstruction building site”, with other prospects for potential investors and partners emerging.

“Almost everything remains to be built,” the province highlighted in an investment presentation.

Companies could pursue opportunities relating to building materials, quarry stones, cement, glass or aluminium and the rental or hire-purchase of civil engineering equipment.

Of importance to the province was the establishment of basic infrastructure, including communications, roads, ports, railways, airports, bridges and waterways, energy and water, as well as schools, hotels, hospitals and social housing.

Bamanisa pointed to the province’s large agricultural potential, with significant arable land available, opening opportunities for agricultural equipment and material supply, the establishment of fruit formation and brewery plants and the development of industrial meat, fish, vegetable and biofuels sectors.

Water and sanitation also provided opportunities for investors, as the region, which had 30% of the DRC’s freshwater reserves, required several production centres, equipment and inputs for the treatment system and water distribution, besides others.

Health also topped the list of priorities for the province, where Bamanisa pursued mutual agreements with private companies to provide reliable medical equipment or participate in the development of basic infrastructure, such as hospitals and health centres, and the access to and maintenance of these facilities.