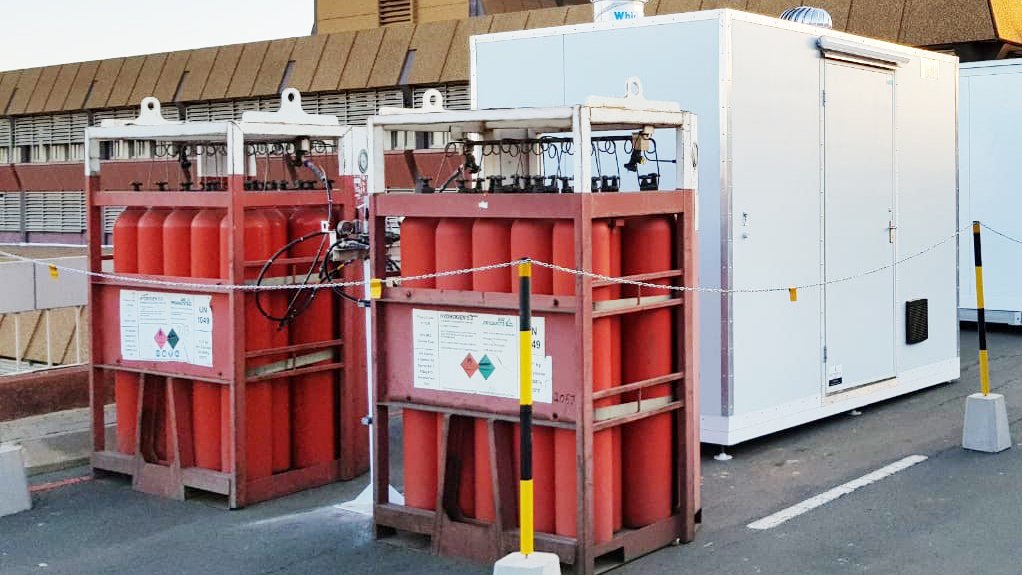 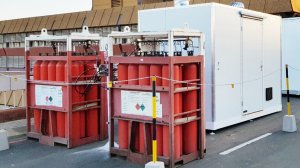 JOHANNESBURG (miningweekly.com) – The Covid-19 pandemic has presented countries around the world with immense challenges, as the impact of the virus has affected every aspect of everyday life as we know it, write Dr Cosmas Chiteme, Dr Rebecca Maserumule and Prof Dmitri Bessarabov. (Chiteme and Maserumule are senior managers at the Department of Science and Innovation responsible for power and hydrogen and energy respectively, and Bessarabov is the Director for HySA Infrastructure Competence Centre, co-hosted by North West University and the CSIR).

The authors write that while the virus has had a devastating social and economic impact in both developed and developing nations, at the same time it has presented nations with an opportunity to rethink how they manage economies going forward.

One of the key debates currently taking place around the world is to speed up the adoption of green technologies.

In South Africa the outbreak of the pandemic has highlighted the benefits of past investments by the Department of Science and Innovation (DSI) in research infrastructure and a number of research and development initiatives.

On August 19, the DSI’s Director-General Dr Phil Mjwara toured a field hospital at 1 Military Hospital in Pretoria established to treat Covid-19 cases. The field hospital is being powered by seven hydrogen fuel cell systems as the primary power source.  The field has facilities for testing and screening, as well as life-saving equipment such as ventilators in the intensive care unit.

The project is a partnership between the DSI, the Department of Public Works and Infrastructure, the Department of Defence and private companies like Bambili Energy, which is committed to commercialising intellectual property developed through the DSI's Hydrogen South Africa (HySA) Programme. Further contributions in the form of hydrogen and methanol for refuelling of the fuel cell systems were received from Sasol, Air Products and Protea Chemicals.

Hydrogen fuel cell technologies are globally recognised for their potential to decarbonise the energy and transport sectors.  Fuel cells produce electricity by means of a chemical reaction, using hydrogen as the basic fuel and platinum-based catalysts.  Besides being efficient and reliable, fuel cells can be deployed rapidly and scaled up easily as the need arises, and their maintenance costs are relatively low.

The DSI has initiated a process, with other government and industry stakeholders, to develop a roadmap that will lead South Africa towards a hydrogen society. The roadmap project is expected to be concluded in six to 12 months.

When South Africa hosted the 30th Steering Committee meeting of the International Partnership for Hydrogen and Fuel Cells in the Economy (IPHE) in December 2018 in Pretoria, it was clear at the time that the interest in hydrogen and its potential to be part of the low carbon transition had gathered pace. Two major developments had preceded that IPHE SC Meeting in Pretoria, namely the 2015 Paris Agreement and the formation of the Hydrogen Council in Davos in January 2017. During the deliberations of the 2018 IPHE SC, it became clear for most local stakeholders that South Africa was not far behind in its hydrogen and fuel cell developments and that the country’s investment in the HySA Programme was well respected and appreciated globally. However, it was also an important point to note that despite the progress made through the HySA Programme, the country could not realise major investments in hydrogen-related technologies without a broader and high-level strategy of integrating hydrogen within its economy.  This realisation triggered the multi-stakeholder process of developing a Hydrogen Society Roadmap in South Africa.

Many countries have identified hydrogen as an energy vector to decarbonise industrial operations and unlock further specific opportunities in the new economy.

For example, the “National Hydrogen Roadmap” developed by CSIRO of Australia in 2018 is aiming at unlocking Australia’s hydrogen opportunities to help inform and coordinate industry investment and government policy to bring together the broad Hydrogen stakeholder group (industry, government, research) to develop a clear view of the opportunity for Australia. Key drivers include decarbonisation, energy diversification and meeting feedstock needs. Unlocking emerging overseas (export) demand (especially from Japan, Korea, China, etc.) is key. Furthermore, the need to continue developing local research on hydrogen and fuel cell technologies and supportive policies were highlighted.

Key development areas were identified as hydrogen production, direct combustion options, transport options, export commodity options and industrial feedstock options. The time horizon for the roadmap is 2030. A value chain approach was also used, targeting opportunities for hydrogen export. It is aimed at setting up a framework for policies, incentives and tax relief via application of National Gas Law and relevant jurisdictional laws and regulations related to hydrogen, review of gas pipeline regulations to consider including gaseous hydrogen, as well as consideration of reforms for the energy market to improve hydrogen integration. There are many parallels that can be drawn between South Africa and Australia and the South African (SA) roadmap development process will certainly be mindful of that.

As part of developing the SA Hydrogen Society roadmap, a number of other roadmaps have been analysed.  These include roadmaps developed recently by Japan, Germany, South Korea and the United States of America (USA). The common targets featured in each of the national roadmaps were identified as demand-side targets, supply-side targets, infrastructure targets, and research, development and innovation (RDI).  Another key feature is the extensive consultation with stakeholders from various sectors.

In this regard, a number of stakeholder consultations are currently underway as part of the SA roadmap development process. Key stakeholders have been drawn from the both the national and international community while ensuring that participation and collaboration from both the private and public sector is inclusive.  The next critical steps are sessions with experts identified in various growth areas such as energy, transport, industry, mining, buildings, export and RDI; which will culminate in a stakeholder collaboration workshop.

The purpose of these consultations is to give the opportunity for key stakeholders to provide inputs and share knowledge on the key aspects of creating a hydrogen society. Input from these interviews will be utilised to conduct a baseline assessment of the current hydrogen landscape and inform the key components of the roadmap. Examples of queries that are being researched include, but are not limited to, hydrogen production and utilisation in South Africa, policies to enable a just transition to a Hydrogen Society, demand and benefits for hydrogen to the South African economy, unique positioning of South Africa in the global Hydrogen Economy, perceived barriers to hydrogen adoption in South Africa, hydrogen value chain aspects, hydrogen and its adoption as an energy source in South African society, existing hydrogen technologies in South Africa, as well as required investments in infrastructure and technologies.

One of the positive comments that have emerged from the engagements with international stakeholders is the investments that South Africa has made in the RDI space through HySA. Although established with an initial focus on mineral beneficiation, the HySA Programme has become an important pillar in South Africa’s quest towards a Hydrogen Society.  HySA will continue to play a key role in executing the research and development efforts as well as in the demonstration of fuel cell applications in various sectors, in collaboration with both public and private sector partners. However, this will now be done with a focus on supporting the implementation of the Hydrogen Society Roadmap, post its approval.

South Africa’s favourable position in terms of renewable energy resources, such as wind and solar, makes it a strong candidate for exporting SA “sunshine” in the form of hydrogen. Globally, wind and solar photovoltaic are being used to power megawatt electrolysers to produce hydrogen as a viable option to decarbonise sectors using hydrogen as an input chemical.  As highlighted previously, in its 2050 vision, the Hydrogen Council estimates that hydrogen will convert and store 500 TWh of electricity from renewables that would otherwise be curtailed.  The stored hydrogen will enable international energy distribution, linking renewable abundant regions to those requiring energy imports.  Given its abundant renewable resources and the success of the Renewable Energy Independent Power Producer Procurement Programme (REIPPPP), South Africa, together with the rest of the Southern African Development Community (SADC) region should position itself to be a significant exporter of renewable hydrogen.

The 2015 Paris Agreement has brought to the fore the role that hydrogen and fuel cell technologies could play in the decarbonisation of the energy and transport sectors in order to limit global warming.  To achieve the two-degree scenario, the world will need to make dramatic changes to decrease energy related carbon dioxide emissions by 60% until 2050.

Recently, a number of studies have been undertaken highlighting the need for an energy transition that breaks the link between economic growth and increased carbon dioxide emissions.  An increasing deployment of renewable energy sources such as solar photovoltaic and wind is certainly part of addressing the situation but without a viable energy storage option, the challenge remains around the optimal usage of the renewable resources and subsequent management of the grid. Currently, two main options exist for energy storage: batteries and hydrogen.

While batteries are currently the most common way to store power and balance grids, the solution has its limitations in terms of cost and efficiency for long-term storage.  In this regard, hydrogen, with its greater cost-effectiveness and efficiency for long-duration energy storage as well as its green attributes, offers a more attractive alternative. However, the use of batteries for short-term storage and hydrogen for long-term storage, will become viable for reliable grids and a shorter trajectory towards the decarbonisation targets.  Either way, from a mineral and renewable resources perspective, South Africa and the SADC region stand to gain from the development of both technologies, provided that investments are well directed to support local beneficiation and skills development to support the new industries for social and economic benefits.

The DSI will continue providing updates on the progress of the SA National Hydrogen Society Roadmap development process.