DMR to focus on supporting junior miners; MPRDA to be finalised by June

DMR to focus on supporting junior miners; MPRDA to be finalised by June 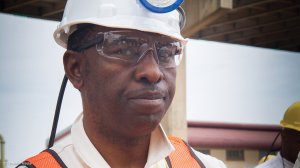 CAPE TOWN (miningweekly.com) – Mineral Resources Minister Mosebenzi Zwane has welcomed signs of a new “spring” in the mining industry, noting the recovery in commodities prices, and has signalled that he will intensify support for junior miners in the year ahead.

Zwane told the annual Investing in African Mining Indaba in Cape Town that a “remarkable recovery” in commodity prices in the latter part of 2016, particularly in coal, zinc and iron-ore, were testament to the resilience of the industry.

“A new balance is emerging in the demand and supply for mineral resources.”

Zwane called on the mining industry to strive for equality and shared economic growth. He said a new era of focusing on more junior mines was “upon us”.

He said the Department of Mineral Resources would focus strongly on supporting the junior mining sector and providing opportunities for the sector to thrive, through looking specifically at procurement opportunities and initiatives at State-owned enterprises.

“The large mining giants of today had their genesis in the junior mining sector. Most job opportunities lie with small and medium-sized companies. In 2017, we will focus on investment, with a special focus on junior miners.”

Zwane said the industry should remain committed to shared prosperity and responsible investment and called on the industry for “a meaningful partnership with black people, partners and communities.”

He said mining continued to be a pillar of economic growth in South Africa, contributing 400 000 direct jobs.

“Mining and mineral resources have been central to civilization for millennia and this is expected to continue for the foreseeable future. It was the twin discovery of diamonds and gold in South Africa in the late nineteenth century that was the base for the modern mining industry and the economy at large,” he reminded delegates at the opening plenary of the Mining Indaba.

“This year is also the centenary of former African National Congress president Oliver Tambo, who would have celebrated his one-hundredth birthday this year. Let us continue to strive for the equality and shared economic growth that Tambo and his contemporaries championed.”

Zwane said the government would do its part in ensuring investment in South Africa by ensuring that amendments to the Mineral and Petroleum Resources Development Act (MPRDA) were processed and finalised as a matter of urgency. He expected the Bill to be finalised by June.

The government had also consulted extensively with stakeholders to ensure that the final Mining Charter was be gazetted this year.

He said government remained committed to advancing the ease of doing business and had established an one-stop-shop investment agency that worked to improve regulatory efficiency.

Beneficiation was a priority, while developing a programme for special economic zones, with tax and investment incentives, could spur this on.

Zwane said he was also encouraged by the peaceful conclusion of wage negotiations in the platinum sector. “We see this as a strengthening of systems and relationships that have been put in place.”

He warned against using financial tools to avoid taxes, which made for “long-term fragility of investment”. He also vowed to crack down on illegal mining activities.

“Government will continue to collaborate with stakeholders to eradicate illegal operations.”