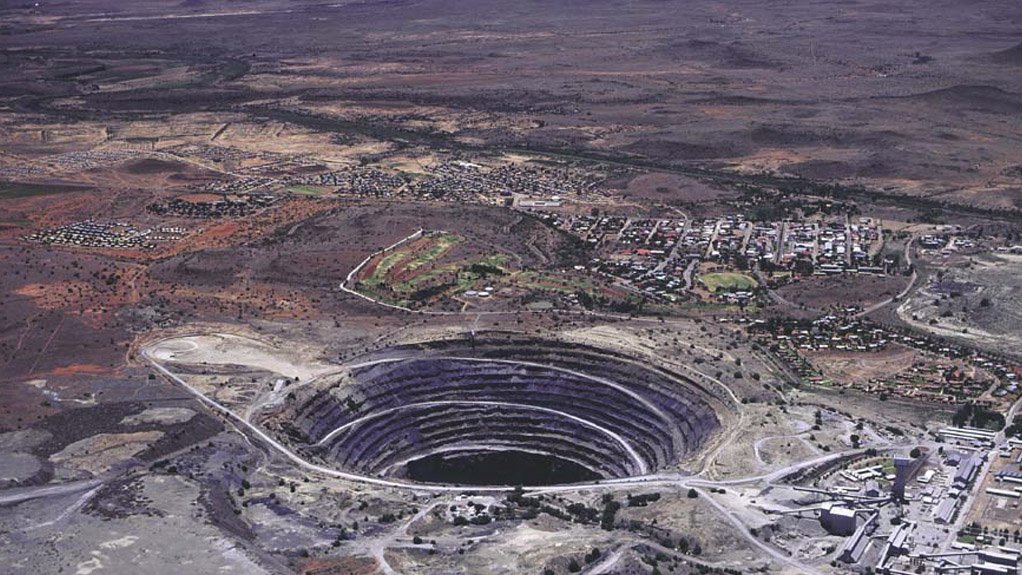 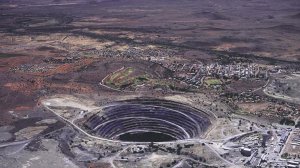 PRODUCTIVITY LIFTED Production at Petra Diamonds’ Koffiefontein project increased by 37% this year, as the result of more run-of-mine tonnage being treate

Diamond producer Petra Diamonds’ geological team has gained access to the kimberlite deposit between the 60 m level and 72 m level at its Koffiefontein project, in the Free State, owing to diamond drilling services provider Lesedi Drilling & Mining Contracting Company’s assistance in negotiating difficult drilling conditions. While undertaking drilling for Petra Diamonds in 2015, Lesedi found that the kimberlites at the mine had a substantially high clay content below the 60 m level, causing the material to turn to mud almost instantly when it came into contact with water-based drilling fluids. In addition, the kimberlite was interspersed with pieces of Karoo mudstone, shale and dolerite, making it exceptionally difficult to drill.

A task team comprising experts from Lesedi and Petra was constituted earlier this year to develop a viable drilling method for incompetent ground, where it is not possible to use water as a cutting tool or a cooling method. Access was gained last month to the kimberlite below the 60 m level through a 240 m hole, enabling Petra’s geologists to determine the exact nature of the deposit at this depth and observe the core.

Lesedi Group CEO Gordon Hogan explains that, as the kimberlite material was so unstable, it was dangerous to create the typical 7 m × 5 m × 5 m cubby required for a hydraulic drill. Any water used in the process would, moreover, cause the kimberlite on which the drill was mounted to shift during drilling, resulting in the drill moving out of position.

“However, difficult kimberlite drilling is not unusual and we confidently expected that using a smaller drill and good-quality muds . . . would enable us to provide the mine with sufficient information regarding the placement of the development tunnels . . . to produce from the region below the 60 m level down to the 72 m level.”

The 45 kW Mamba hydraulic drill could not cope with the torque requirements of the rods, thus, the company determined that a larger LM 75 hydraulic drill would have to be used, with the machine’s feed frame shortened and smaller rods used to fit into a smaller cubby.

“This also proved problematic though, as the more powerful LM 75 machine’s power pack is kept cool by water circulating through it and seemingly innocuous water leaks soon caused the footwall to heave and crumble. Even when using muds recommended by prominent international drilling fluid suppliers, it was impossible to keep the hole open long enough to drill a modest 50 m of the planned 250 m hole.”

After much research, the task team decided to drill with an N-size casing advancer system and tricone drilling bits, with chips from the tricone enabling geologists to determine the thickness of the kimberlite and where contact had been and would be made with the host rocks.

Redrilling the collapsed portions of the hole was commonplace and when harder doleritic material was encountered, Lesedi switched to a diamond drill bit to penetrate the material. Using this system resulted in an immediate improvement and a depth of 95 m was achieved.

At this point, however, Hogan notes that the rods got stuck and it was difficult to retrieve the casing. Water was also still required to cool the tricone and this continued to be a significant impediment, with experimentation with different muds and foams also becoming costly. The geologists were, moreover, unable to tell when the kimberlite sequences changed.

“It was a significant advancement and we were able to obtain more information than had been possible until this point, but we could not observe the core and more improvements were needed.”

Hogan highlights that the obvious problem was the water required to cool the cutting tools – whether they were tungsten carbide tricone, diamond-impregnated or wholestone bits. A surface test site was set up at Lesedi’s Orkney facility and early experimentation work was undertaken using a LF90 Boart Longyear diamond rotary core drill, a compressor to supply cool, dry air to the cutting tool and a rudimentary water trap to suppress the dust generated during drilling.

“After a huge amount of frustration, false starts, burnt bits, clouds of ultrafine dust and extremely slow drilling, it became apparent that ,with discipline, proper procedures and attention to detail, dry drilling was quite possible.”

The system also proved successful underground and a 240 m hole was drilled, with more than 90% core recovery achieved. Hogan notes that the speed of drilling was slow – at 6 m to 8 m during each shift – but the hole never collapsed and the equipment never got stuck.

Production at diamond miner Petra Diamonds’ Koffiefontein project increased by 37% this year, with 62 160 ct produced compared to the 45 384 ct produced in 2015. This is the result of more run-of-mine (RoM) tonnage being treated, owing to the sublevel cave (SLC) project ramping up to its planned throughput of 1.1-million tons a year.

Koffiefontein is a low-grade deposit, but the mine produces diamonds of significantly high value, with a regular proportion of the stones recovered between 5 ct and 30 ct. Underground mining of the kimberlite pipe is being supplemented by mining a 5 ha satellite pipe, while expansion plans are under way to further increase production from 55 500 ct/y to 95 000 ct/y by 2017.

Petra will use the SLC mining method before putting in a new block cave. The SLC will be mined over three levels from the 560 m level to the 600 m level; production has started on the 560 m level.

As the SLC was ramping up during the fourth quarter of this year, the majority of production was sourced from the diluted 520 m level, resulting in grade underperformance. These are, however, expected to increase in line with the 2017 guided mine plan.

Petra Diamonds’ current mine life extends to 2025; however, residual resources at the mine indicate that the actual life-of-mine could be more than 20 years.