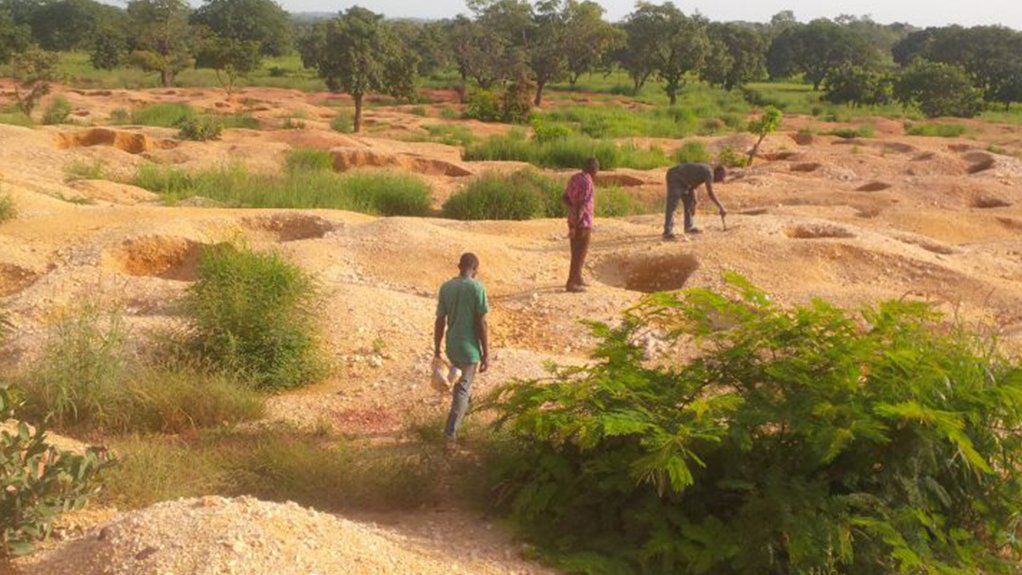 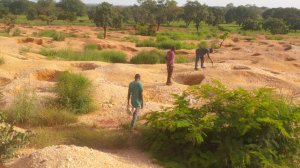 GOING FOR GOLD The prolific presence of artisanal miners in Boulon, Burkina Faso clearly indicates the presence of gold

The assets are held by Faso Greenstone Resources (FGR), a wholly owned subsidiary of Faso Minerals, which itself is currently wholly owned by Red Rock.

FGR is a company targeting the next significant gold discovery in Burkina Faso and has consolidated two prospective project areas in the south-west of the country – a major gold-producing region with existing mines and deposits.

Notably, the 348 km2 of highly prospective ground at Bilbale and Boulon evidences the presence of high-grade gold.

Further, reverse circulation drilling at Bilbale has encountered good gold intersections, and gold and arsenic anomalies have been noted by geochemistry-specific tests.

FGR’s experienced team, including its geologists, has been involved in discovery of over five-million ounces of gold in Burkina Faso.

Meanwhile, the payment of about R1 050 000 to vendors in the area has been effected.

“The acquisition of Boulon and, subsequently, of the rights to 80% of Bilbale represents a great step forward for our activities in the underexplored and highly prospective Burkina Faso sections of the West African greenstones,” said Red Rock chairperson Andrew Bell.

He added that the company believed both licences were of high quality and stated that Bilbale “already looks an exceptional opportunity on every metric used in our screening, with a good prospect for discoveries”.

Boulon also has good targets and a lot of artisanal activity, but Bell noted that geochemistry at Boulon was too widely-spaced to pick up more than isolated anomalous readings.

“Given the wealth of targets, we have chosen to focus on the areas of the country offering the most long-term security, down in the south-west and away from the Mali and Niger borders,” he said.

“The experience of other exploration companies in the country shows that where good geology exists in these underexplored greenstones, and supporting information is available, and then good exploration is undertaken, the chances of success are relatively good,” he concluded.