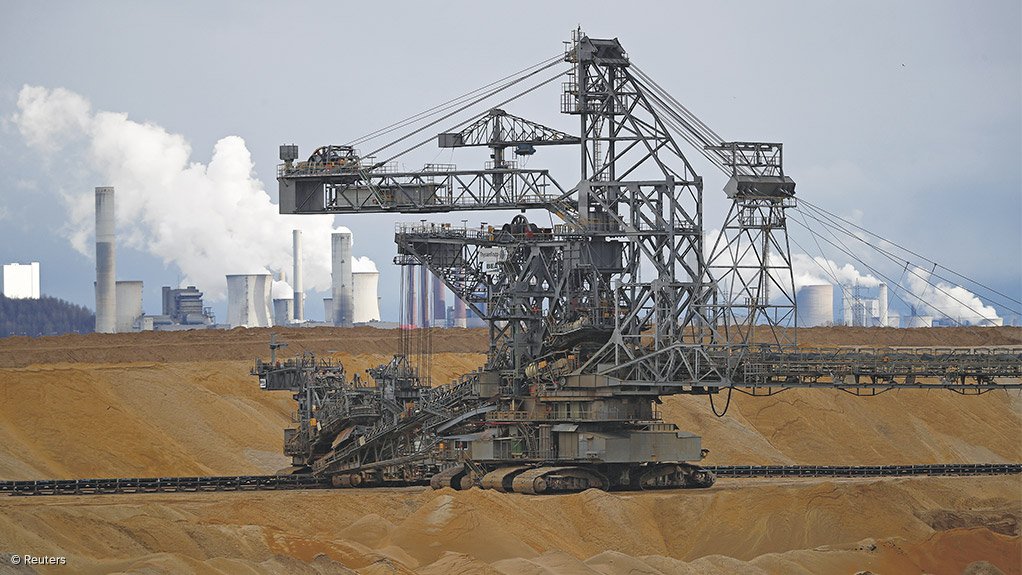 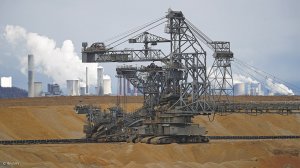 A large excavator is seen operating in Germany’s Garzweiler opencast mining area, in front of the lignite-fired Frimmersdorf and Neurath power stations, owned by Rheinisch-Westfälisches Elektrizitätswerk (RWE), one of Europe's biggest electricity companies. Since 2005, a shutdown process has been under way at Frimmersdorf, which a WWF report declared the dirtiest power station in Europe, based on the volume of carbon dioxide emitted for every megawatt hour of electricity dispatched. As Frimmersdorf units have been incrementally taken out of service, technology-optimised Neurath (right) has played a grid stability replacement role. Full decommissioning of these RWE power stations is planned for October 2021, with the century-old fuelling role played by lignite, a soft brownish intermediate between bituminous coal and peat, being progressively phased out.