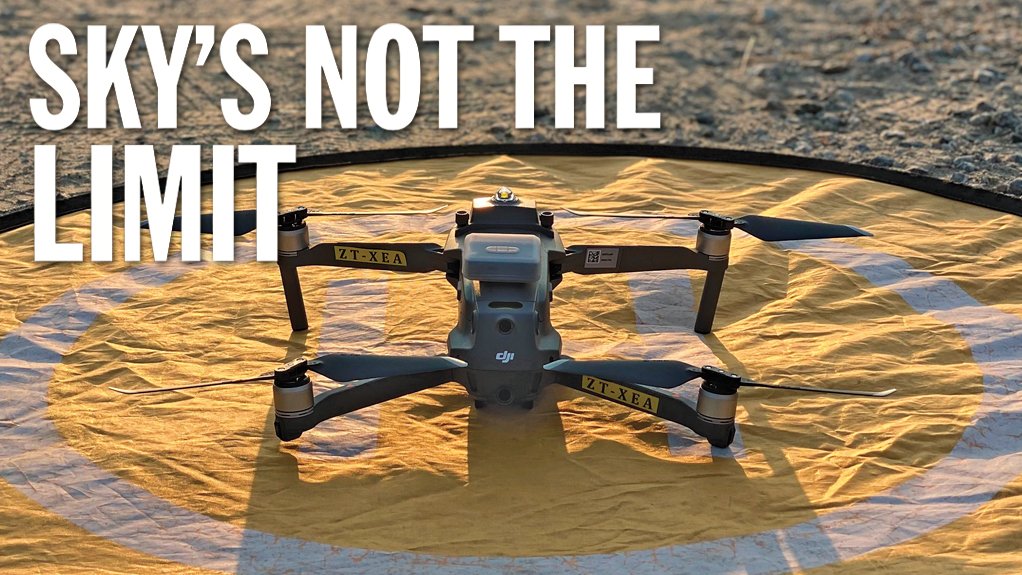 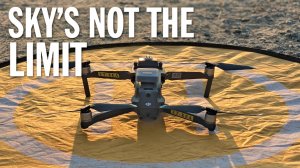 The use of drones and ground-based robotics is evolving to such an extent locally that various companies are using them in all aspects of their operations, which is resulting in “bun fights” about which department gets to use the devices and payloads, says Dwyka Mining Services MD Jamie van Schoor.

Using such technology is in line with calls in industry to embrace Industry 4.0, digitalise workflows and operations, increase efficiency and safety by removing humans from dangerous situations, and increase real-time Big Data capturing.

Drones have been trialled in applications including crop spraying, power line debris removal, crowd surveillance and control, as well as search-and-rescue operations and Covid-19 pandemic surveillance, besides others.

Initially used primarily by the military, drones have been refined for commercial civilian applications. They are being used in mainstream and enterprise applications, including by wildlife conservation and management departments for antipoaching operations, security teams to conduct surveillance, and mines and the construction industry to obtain aerial imagery and map areas, and are attracting increasing interest from logistics providers as a courier service.

Van Schoor says there is elevated interest from the mining industry – currently one of Dwyka’s key focus technologies – to deploy drones after their cross departmental value has become increasingly apparent.

Miners have now realised the full value of using drones and ground robots to remove humans from dangerous and repetitive tasks in an effort to enhance their workers’ available time underground, to modernise operations using real-time data, to refine digital twins of operations and, most importantly, to improve safety, he explains.

Consequently, miners are increasingly sending drones into previously unexplored areas underground using simultaneous localisation and mapping (SLAM) and light detection and ranging (LiDAR) technologies as the preferred solution where global positioning system navigation is not feasible. These areas include stopes and voids, old mined-out areas, sections compromised by illegal mining or unsupported ground conditions, mine shafts and abandoned declines, as well as potentially harmful environments that arise from post-blast situations.

Van Schoor says mining clients usually start operating drones and various payload technologies for surveying. Of late, however, they have been increasingly venturing into the geotechnical sphere, with geology teams, for example, using drones in their field of work for unique visualisation applications, such as high-wall precision scanning, which is made possible by technology from drone solutions company Skycatch.

Through the passive or active use of digital scanning and mapping payloads, Dwyka clients are formulating much more comprehensive images of their high-value, mission-critical assets to ensure a “meeting of the minds” on mines, he adds.

This is mostly done using LiDAR and SLAM technology found in Hovermap, manufactured by drone autonomy, LiDAR and data analytics company Emesent, to help clients visualise and map even the most challenging and inaccessible areas as a whole-of-mine deployment strategy.

Dwyka primarily uses Hovermap on its drones to develop three-dimensional images and point cloud maps of the assets or locations that need to be surveyed. However, a new tool, the Edge1 from Skycatch, is delivering rapid, survey-grade, ground control point-free workflow datasets with photogrammetry on the same drone platforms for a range of additional applications.

However, Dwyka’s success in deploying drone-mounted Hovermap in the mining industry has led to its exploring off-drone work using Hovermap, whereby the mapper is mounted on to a ground vehicle, carried by hand or on a backpack, or mounted on Spot – Dwyka’s dog-like robot manufactured by robotics company Boston Dynamics.

Using Hovermap on Spot enables future autonomy and remote access to mapping technology, as Spot can be sent on predetermined “autowalk” routes and in time exploration missions to map areas beyond visual line-of-sight, being further assisted by Spot’s multiple cameras that provide 360º views, in addition to other photogrammetry payloads like the Insta360.

Hovermap has been highly successful in mapping tailings dams with vegetation on slopes, as LiDAR technology is better able penetrate foliage and vegetation – an application where normal photogrammetry solutions can be distorted or exclude data, explains Van Schoor.

He highlights an interesting application, on a recent “dark-ops” mission, whereby enterprise drones and Hovermap were used to scan below the canopy of a forest, with the volume of pine in a plantation being mapped and calculated.

Drones and ground robots provide extensive payload interoperability and efforts are under way to create collaboration opportunities, referred to as cobots – an application in which Dwyka is currently conducting trials to test whether Spot can be used to carry a drone for a defined distance on its back and launch the drone.

If possible, this would increase the range of mapping capability, as some distance is covered by Spot on the ground, reducing the required flight time for the drone for extended or multiple flights. Drones could also be launched when situations of interest arise, as first responders to an emergency or near-sensitive security situations in which drones might be heard as they are flown in from afar.

Spot’s four legs enable it to crawl, recover from falls and traverse obstacles – even stairs – providing it with the agility of a dog and better mobility than wheeled or tracked robots. This is complemented by its ability to carry payloads of up to 14 kg and have full situational awareness of where it is.

Advanced camera payloads, such as infrared and thermal imaging cameras, allow for imagery at night and in adverse conditions, while cameras with zoom functions enable Spot to home in on areas of interest and loiter surveillance capacity.

Van Schoor foresees Spot’s being used for security purposes in any industry, whereby the robot can be deployed on either planned or randomised autowalks around infrastructure and perimeters, thereby freeing up human guarding capacity to follow up on areas of interest identified by Spot.

In this regard, he says having a team of Spot robots and several docking stations – where data is offloaded or loaded and charging takes place – can significantly improve a client’s security complement while keeping security teams out of harm’s way and focusing on tactical deployments of skilled staff.

For large-scale security applications, drones offer significant usability because they can be deployed quickly and relatively quietly in remote regions by a small crew at a moment’s notice.

This operationality is driving the success of unmanned aerial vehicle (UAV) operator and developer UAV & Drone Solutions (UDS), which uses drones to provide eyes in the sky for companies with operations in remote locations across South Africa.

UDS has an extensive fleet of about 250 drones and as many operators who can travel throughout the country to provide aerial surveillance work on critical and hot spot infrastructure, and high-value items such as electricity cables and pylons, rail infrastructure, pipelines and mined commodities.

UDS co-CEO and cofounder Otto Werdmuller Von Elgg says most criminal activity takes place at night: “The criminals think they cannot be seen, so they behave differently at night. We fly above them.”

Unseen and unheard, UDS drones have achieved success operating at night and directing third-party ground-based security teams to areas where criminals are operating.

Drones are beneficial for this type of work, as the conventional method of guarding – using people on the ground with limited resources – enables criminals to see and/or hear guards approaching and, consequently, too often flee the scene.

Theft of cables, rail infrastructure and products from pipelines is a lucrative business, and is often operated by highly mobile, organised syndicates.

Werdmuller Von Elgg says there is usually a 90% reduction in cable theft when UDS teams are deployed on security jobs. UDS has multiple clients spread across 90 sites around South Africa.

Particularly at night, drones have the advantage of being able to see what humans cannot, as well as being able to record incidents of theft and/or vandalism.

“Drones are the only viable technology to use when these criminal activities are happening at night,” says UDS co-CEO and cofounder Georges Sayegh.

He adds that, more importantly, UDS teams fly unannounced and from different areas: “The criminals cannot predict where we are or where we fly from; this is to protect our pilots.”

UDS and Dwyka believe that applications for and clients requiring the use of drones are set to increase as the technology becomes more commonplace in improving business efficiency and safety.