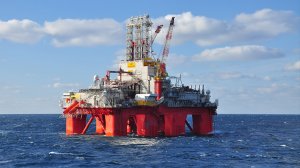 “Following the oil price crash of 2014, many explorers raced to back up the continental slope in the belief that exploration risk and economics would be more fulfilling in shallow water basins housing proven petroleum systems.”

Despite the fact that conventional oil and gas discovery rates in the region of 30% justified this outlook, he notes that less than 5% of these discoveries have been commercially successful.

“A realisation that some of the largest remaining oil and gas reserves lie along deep passive continental margins, such as those bordering the Atlantic, and that exploration risk is not proportional to water depth, has led to the current renaissance of interest in deep-water Africa exploration.”

Impact Oil & Gas, an active Africa-focused deep-water explorer since its inception in 2010, has a portfolio of over 90 000 km2 of gross exploration acreage in South Africa, Namibia, Gabon and the AGC zone of Senegal/Guinea-Bissau – an agreement of cooperation between the governments of Senegal and Guinea-Bissau. Over 95% of this is partnered with Indicators of Compromise such as multinational oil and gas corporation ExxonMobil, petroleum company Total and multinational energy company Equinor. There are also new prospects of acreage, especially those that run along the deep West African margin.

Impact’s licences across the West African region generally follow a common geological theme in that they lie over the sedimentary basins of the continent and onto the adjacent oceanic crust. “We are learning that such external basins subsided rapidly, which allowed them to be filled with thick marine source rock shales, and deep-water basin floor fan sands delivered from Africa by cretaceous river systems and their associated marine fans. This provides an attractive setting for large, low risk and laterally continuous stratigraphic traps with billion-barrel oil potential.”

Impact’s strategy is to create a portfolio with an adequate number of drill targets that would meet the overall risk of the portfolio. Impact’s first exploration well is scheduled to be operated in 2019 on the large Venus prospect, which straddles the continent-ocean boundary in the far south-west of Namibia. After this, Impact aims to be involved in a minimum of four more high-materiality exploration wells from 2019 to 2021.

Birch emphasises that Impact has been fortunate that its strategy drew the attention of supportive investors, which has assisted the business in remaining private during the early years of its growth. In the future, Impact will need to be able to access the capital markets, particularly if a discovery occurs. He states that Africa presents a variety of political, economic and environmental challenges to explorers.

“At Impact, we believe in working closely with our host governments, and we are beginning to witness many positive changes that will benefit both local communities and exploration in Africa,” he concludes.