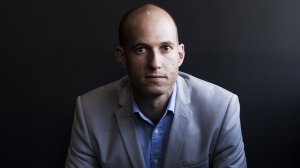 Energy decarbonisation makes good business sense, especially in the oil and gas industry, in spite of the global energy imbalance and the need to achieve the targets set by the Paris Agreement to curb climate change.

While the concept of moving from a hydrocarbon-intensive to a low-carbon energy system poses an existential threat to the oil and gas industry, it also presents companies with new portfolio opportunities to build adjacent businesses, shape and participate in new markets, and drive new sources of value from existing assets and capabilities, says leading global professional services company Accenture in Africa Industry X and Applied Intelligence MD Eric Croeser.

“The need to change is there and consumers are increasingly expecting companies to transition, as they look to buy more sustainable products.”

Energy decarbonisation looks at how companies can move towards becoming carbon neutral by removing additional emissions from their internal processes as well as across their entire value chain.

About two-thirds of all greenhouse gases emitted globally stem from the production, transport, processing and consumption of oil and gas reveals a study by Accenture called ‘Decarbonising Energy: From A to Zero’.

However, only 20% of emissions attributed to oil and gas are associated with the industry’s core operations, while 80% is linked to the movement of hydrocarbons through the value chain, explains Croeser, adding that much can be done to reduce the emissions associated with downstream operations.

The oil and gas industry will play a critical role in achieving a carbon neutral future globally. However, all industries are impacted on by energy decarbonisation, warns Croeser, highlighting that the other third of the world’s greenhouse-gas emissions are attributed to coal, whose downstream sectors includes steelmakers, miners and consumers.

Current trends indicate that the aim to keep global average temperature increases to less than 2 °C above pre-industrial levels and achieve net zero emissions by 2050, as per the Paris Agreement, will not be achievable.

As with the rest of the world, South Africa has been heavily stifled by the Covid-19 pandemic and it is unlikely that the country will achieve its greenhouse-gas emissions targets by mid-century, says Croeser.

However, research into the development of a green hydrogen mobility corridor by integrated energy and chemicals company Sasol and hydrogen fuel cell vehicle manufacturer Toyota, and the associated investment, places South Africa at a “cool junction” where the future of the country’s transition is relatively bright, he says.

The corporate sector has a responsibility to start considering how it can decarbonise the future, emphasises Croeser.

“There is much industry can do now to ensure an orderly decarbonisation transition to 2050 and beyond, by implementing technologies to improve on current processes and operational efficiencies, while leveraging access to data and analytics to greatly improve companies’ internal processes.”

A just and purposeful implementation of future lead technologies is also important, as is, specifically from an oil and gas perspective, understanding what adjacent industries or offerings a company can transition into, says Croeser, highlighting the recent rebranding by a major oil company as a total energy business, expanding its focus to include energy solutions such as wind and solar in addition to hydrocarbons.

“Companies also need to understand what their future organisation will look like and gear themselves from a people, process and technology aspect as they move into their transition. Being aware of a company’s downstream impact is also vital.”

Croeser expects energy decarbonisation to result in a more agile multi-nodal energy system in future that is not only dependent on one energy source, comprising hydrogen, hydrocarbons, wind and solar, favouring South Africa, as it is abundant in all these resources.

Encouragingly, as the gateway to Africa, South Africa is well positioned to service the energy demands  of developing countries on the continent as their populations grow.

There are three pathways to energy sustainability, explains Croeser.

“Business as usual is the first pathway, whereby energy-dense organisations will stay the course owing to the barrier presented by technology readiness.”

To be sustainable, the aviation or shipping industries, for example, require energy dense material that is transportable.

“Technology readiness is a critical hurdle and has stopped some industries in their tracks. We can’t see that by 2050 hydrogen, wind or solar or a combination of these solutions will be ready to service these industries. Although, there is still much that can be done with regard to the secondary component of this market,” says Croeser.

He explains that opportunities exist in vessel design, vessel operations and emissions control, renewable energy for secondary-vessel energy (such as lights and pumps) and the adoption of electricity-based fuels, especially batteries.

Meanwhile, in the steel manufacturing, chemicals and mining space, companies are expected to adopt a dual pathway.

Success will be based on a combination of technological advances, aligned regulations and policies, consumer preferences for low-carbon products, and the complementary deployment of carbon capture, use and storage solutions, indicates Croeser.

“The mining sector, for example, already uses many carbon-neutral energy sources, with mines electrified by solar energy or alternative energy resources. Some machinery is also being transitioned to operate on alternative power sources, such as hydrogen, instead of hydrocarbons.”

There will still be a heavy reliance on hydrocarbon energy on this pathway, but internal efficiencies can be improved by using analytics to determine how and when fuel is burnt while also looking at transitioning the type and energy mix applied, he states.

The third pathway, which Accenture expects most organisations to embrace, is a longer, multiple pathway transition based on improving the sustainability of an organisation’s core operations and downstream processes.

“We are already seeing this pathway being adopted through the uptake of electric vehicles globally, with many companies also taking their buildings off grid,” states Croeser.

Energy equity is the second requirement and is anchored to the growing global population and the portion of the population with limited or no access to energy.

The challenge from a leadership perspective is how to cater for the underserved population by sustainably increasing the supply of energy from the few to the many, states Croeser.

Analysis indicates that the world already has two-billion people underserved from an energy perspective, with forecasts suggesting that the global population will grow from seven-billion to nine-billion by 2050.

“Energy equity is dependent on the ability to distribute energy and the cost of distribution, ultimately working to make the unit cost of energy equitable, so many can access it. The oil and gas industry is well placed in this regard as it can leverage its relatively mature networks and there are many adjacent industries it can service,” says Croeser.

Combining technology – which is becoming more affordable with time – data and analytics will also serve to boost efficiencies and drive an equitable future from an energy services perspective, he adds.

Meanwhile, the third requirement, energy fundability, will be challenging for the oil and gas industry, as it will require significant funding for its decarbonisation transition and will need to prove to potential investors that it can provide return on investments.

Accenture estimates place the operating expenditure and capital expenditure required to support the decarbonisation transition at between $3-trillion and $3.5-trillion a year through 2050.

“There is going to be a need for heavy capital investment to realise South Africa’s transition to a lower carbon economy and shareholders expect a return on their investment. However, the oil and gas and chemicals industries have already struggled to free up funds from operations in the past to service capital investment and shareholder return,” he highlights, noting that research indicates that investors in energy infrastructure realise return on investment within ten to 15 years, but that investors should see positive cash flow within four and seven years.

Organisations will start transitioning when clients demand it, he avers, adding that Accenture has noted a massive transition around the adoption of ESG metrics.

“Thankfully, research shows that there is good correlation between organisations that put an ESG agenda forward while also prioritising the creation of shareholders and stakeholder value and return, as well as market capitalisation.

“The business case is there for the transition, the challenge for the oil and gas industry, however, is how to free up enough cash to service its current capital investment to attract investors by proving that it can realise a market competitive return for additional investors,” states Croeser.

Ultimately, oil and gas companies and the sectors that depend on them need to ensure that they are improving the efficiency of their core and upstream processes while being mindful of energy equity and achieving a sustainable transformation moving forward.

It is also integral to consider how to consolidate all transition processes, while securing the right capital and the right return on investment for shareholders and ensuring a just energy transition that does not exclude parts of the industry or the population.

However, the governance and structure towards energy decarbonisation also require government, shareholders, stakeholders and boards to come to the table around the incentives to start transitioning, says Croeser.

It is the job of leadership to persuade organisations to buy in to the idea of transitioning, ensuring that they are transitioning for the right reasons and encouraging them to transition their core operations for their own benefit, he concludes.