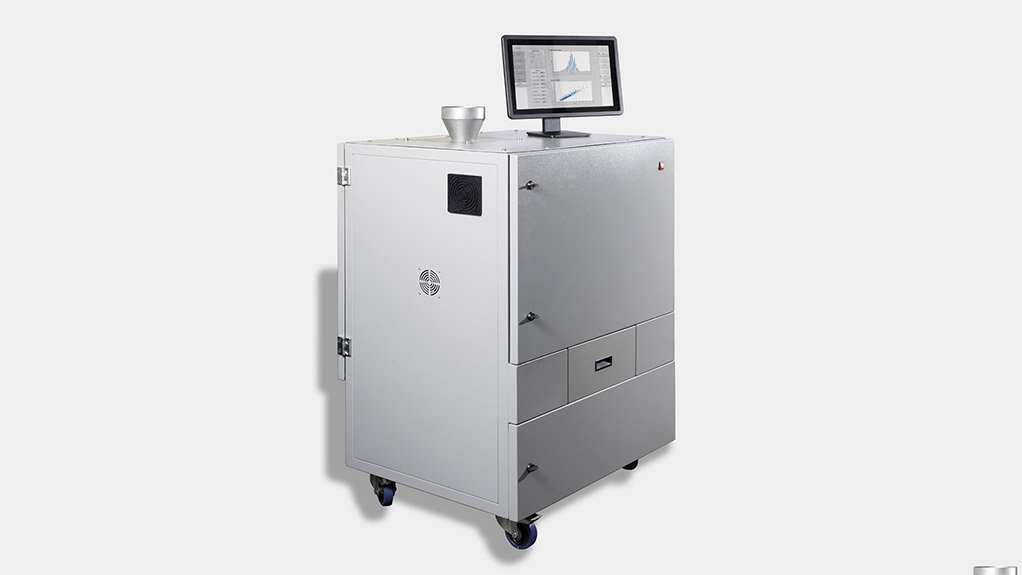 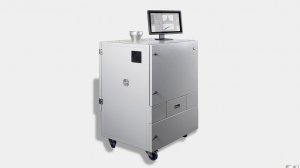 A key element in a range of mineral separation processes is that of material density and the timeous measurement of the density profile of material entering a metallurgical process. This is critical in determining process setup for that material and, ultimately, process performance and expected product yield.

Traditionally, densimetric profiling for material entailed employing measurement processes of sink-float analyses using heavy liquids. This process is not without its disadvantages, which include the safety and health risks associated with working with heavy liquids. More recently, non-toxic solutions like lithium hetero-polytungstates have been used where the desired densities of the test medium have been achieved by maintaining the solutions at specific temperatures. However, the high costs of these liquids and the inherently labour intensive process can be prohibitive. The long turnaround time of the sink-float analysis process, in particular, is a further disadvantage for timeous interventions in the separation process.

De Beers Technologies South Africa (DebTech), an innovation division of the De Beers Group of Companies, has developed a densimetric measurement system, appropriately named RhoVol, which is capable of accurate and quick densimetric analyses that facilitate timeous intervention in density processes on site.

RhoVol technology has the ability to generate a density distribution of a batch of particles in a rapid, accurate, repeatable and safe manner. This is ultimately achieved with smaller batch samples in contrast with traditional methods that require many kilograms of sample material. In addition to producing a densimetric histogram of the sample processed, the system also produces data for each particle processed, including particle feature data such as size and shape. The latter’s parameters enable the user to evaluate the performance of a density separation process, as well as effects related to a particle’s size and shape, such as elongation, flatness and compactness.

With the development of RhoVol, DebTech has combined its proprietary visual size frequency distribution technology, which recon- structs a three-dimensional model of each particle, with a rapid weight measuring technology. This allows volume and mass to be measured quickly and accurately on a per particle basis.

The machine is also equipped with a sorting functionality that enables the user to sort the sample into bins that are based on any of the captured particle parameters. Ten sorting bins are provided for this purpose, where parameters and sorting limits are specified by the user. The machine has a high level of repeatability and, in instances where higher fidelity data is needed, the system has the capability of re-processing a sample multiple times. It will recognise re-introduced particles during each consecutive pass and merge the data for that particular particle with data from the previous pass, thereby providing a more accurate measurement.

The machines can process about 1 000 particles an hour, which has proved to be a statistically valid sample size for most materials.

They also run autonomously, and the only operator intervention required is for the loading and unloading of material, as well as setting the data parameters that are going to be captured. The models not only process dry, clean material and require no consumables, but also have a relatively small footprint and are typically run in a laboratory on site.

DebTech provides full service backup, training, support and upgrade paths for all their products, ensuring customer satisfaction throughout the lifetime of their products.