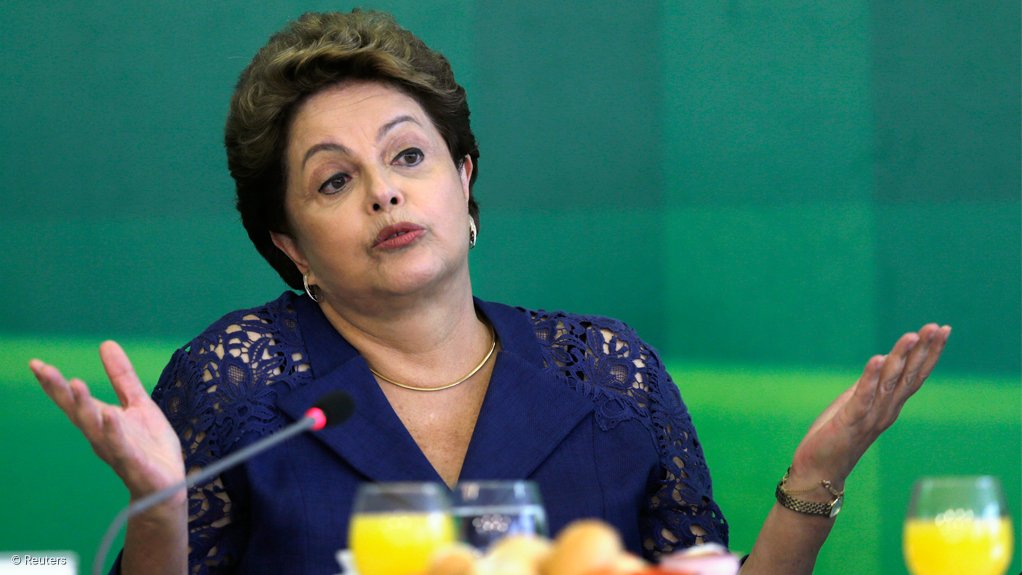 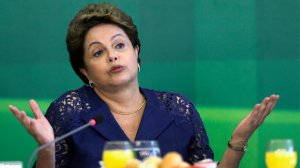 TORONTO (miningweekly.com) – After a knife-edge campaign Dilma Rousseff, leader of the left-wing Workers’ Party, was re-elected with just 51.6% of the vote in Brazil’s October elections. Much of the debate revolved around the country’s disappointing economic performance; Brazil’s gross domestic product (GDP) growth has been lethargic over recent quarters and many analysts have predicted it will achieve an expansion of just 1% across 2015.

In part, this is due to the resource supercycle hiatus – the plunge in iron-ore price across the second half of 2014 – a grim and worrying reminder of this for the country’s mining sector.

There is another concern: the debate on overhauling Brazil’s mining code is likely to start in earnest after February 2015, the government revitalising Bill 5807 that it introduced to Congress in June 2013. Its primary goals are twofold: to increase state revenues from mining royalties and to replace the current first-come, first-served system of awarding concessions with an auction process.

Back in 2013, the government wanted to expedite the Bill through both houses of Congress, the Deputies and the Senate. This drew opposition, with members of Congress arguing that the intended timeframe was too tight.

The government acquiesced and removed the urgency measure attached to the Bill. There then followed a slew of counter-arguments, suggestions, and proposed amendments. Progress slowed across 2014 as politicians focussed their attention on other legislative matters and the election cycle.

Of all the proposals, the auction process drew most attention. Critics argued juniors would be disadvantaged by auctions because of the upfront investment required – something they can ill afford – and because many would find it impossible to compete against seniors or mid-tiers in a bidding process.

In addition, the Bill was presented during the commodities downtrend, with conditions often getting harder rather than easier over 2014. “The Bill came at a bad moment for the industry,” Norton Rose Fulbright co-head of Brazil practice Glenn Faass told Mining Weekly Online. “Perhaps the government would have been better advised to wait until the industry was in a better situation before proposing these changes.”

Proponents of the Bill have cited the success of the auction process employed in Brazil’s oil and gas licencing. “But mining is a different industry to oil and gas – and its economics and requirements are very different,” Faass noted.

Supporters have also argued that auctions would stop the practice of concession sitting. This has been a problem in some regions, Faass noted. “Some Latin American systems tended to promote the acquisition of mining rights without imposing an obligation to develop them and that’s been a common criticism in Brazil.”

But Brazil’s current code does contain instruments to ensure a company undertakes a minimal amount of work or face the removal of concession rights, TozziniFreire Advogados head of mining practice Luiz Fernando Visconti told Mining Weekly Online. The issue of concession sitting might not be troublesome as some have liked to argue, he said.

There has also been uncertainty as to the amount of information government bodies would provide for the auction process. “It would be good to know what kind of preparations government bodies will undertake and what level of data they will provide,” Faass said.

Meanwhile, the first come, first served system has the advantage of the private sector assuming most of the risk associated with exploration, Visconti said. “[Under the current system] it’s been the private sector risking its money and not federal government, which is to say the taxpayer.”

Still, Brazil is not the only country in the world seeking or already operating an auctions-based system for concessions, Faas noted. “So while this may be unwelcome development, it’s far from fatal.”

The issue of increasing royalty rates provoked debate as well, although the proposed rise was less than many had expected.

Dependent on the type of mineral, royalties currently rest between 0.2% and 3%. Bill 5807 proposed a new top rate of 4%, with the government to determine the specific levels for projects based on location and the type of mineral extracted. However, there is a sting in the tail as the royalties would be computed on gross revenue rather than net earnings.

One aspect of the Bill that achieved consensus is the proposed creation of the National Mining Agency (ANM) and a National Council for Mineral Policy, which would act as an overseer and advise the government on strategic decisions relating to mining and minerals.

ANM would manage the auction process and establish the requirements to obtain mining concessions in accordance with government general guidelines. It would also have the power to apply penalties against mining companies. According to the Bill, the government could also delegate the power to withdraw concessions to ANM.

The agency would also have the power to issue new mining regulations and standards; have oversight in relation to mining activity; retain the right to monitor mining companies; and undertake the role of adjudicator in conflict resolution. However, ANM would have to undertake public hearings and public consultations before enacting new regulations that affect concessions.

The government also wants to overhaul the current system of awarding separate exploration permits and exploitation contracts. The new system would bundle both into a single 40-year contract, with an option for concession renewal after 20 years and dependent on various investment and environmental criteria being met.

Another important element to consider has been the work of Congressman Leonardo Quintão who heads a commission to weigh the Bill’s proposals and has formulated a raft of amendments and additions in response. This was done by engaging industry, the public and other stakeholders, Visconti noted. “After all, change cannot happen without a proper discussion that includes all sectors of industry and society.”

One of Quintão’s central recommendations is for the first-come, first-served system to remain for underexplored areas. The auction system should only be implemented in areas well-known geologically and specifically delineated as such by the government.

Whatever the final outcome, Brazil will remain a vital jurisdiction for exploration and mining given its size and scope. It might just take time for the industry to become used to the new order. “In the long run, if you’re talking about resource investment, then Brazil is one of the countries you will always have to think about seriously,” Faass said.