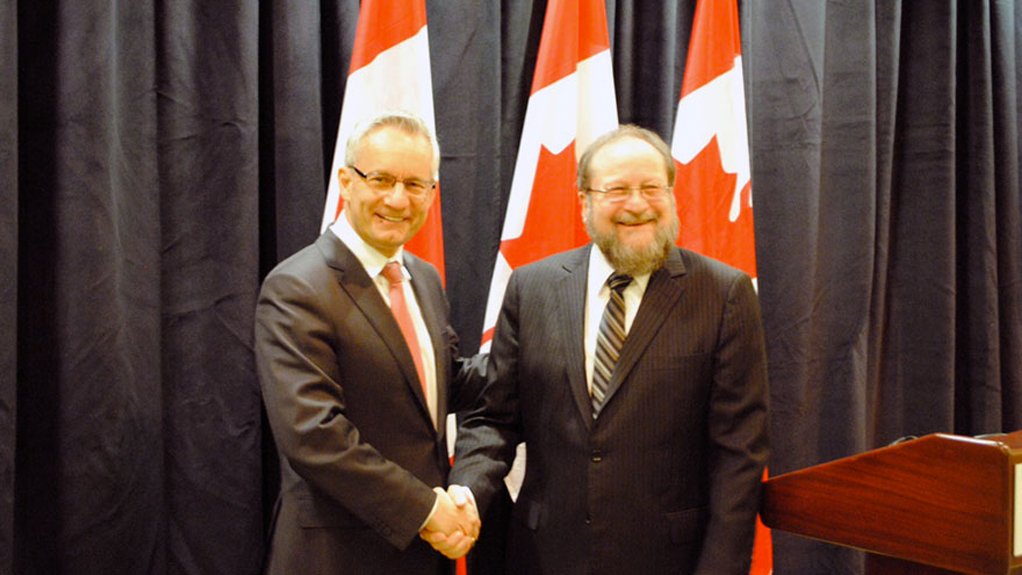 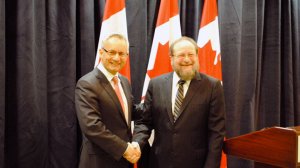 TORONTO (miningweekly.com) – In terms of corporate social responsibility (CSR), some parties feel more teeth are needed, particularly when dealing with noncooperative players who get into trouble or do detrimental things, either intentionally or unintentionally, Queen’s University professor of applied mineral economics and mining sustainability Jeffrey Davidson told Mining Weekly Online.

Davidson, who started as Canada’s new CSR counsellor for the Office of the Extractive Sector CSR on Tuesday, stressed that the full range of measures to deal with worst-case examples was currently being fine-tuned.

“But overall, the goal is not to stymie enterprise, it is to ensure mining and exploration happens in a socially- and environmentally-responsible way and to ensure host countries and host communities are not aggrieved by what is going on and feel that they are beneficiaries of an industrial process.”

Most forward-thinking companies had used the best practises in CSR to guide their actions and drive their corporate ethos. Engagement had been increasingly nuanced and the benefits better understood in terms of the value added.

Unfortunately, there were still companies that considered CSR a secondary concern until problems erupted. They had then been left scrambling to engage the community, belatedly and ruefully realising that CSR investment would have been money well spent.

The primary goal of CSR has been to create constructive and positive working relationships between a mining or exploration company and those affected by a project or operation. Engagement early and often has been underlined as essential by CSR practitioners, who also stress the importance of solving issues or disagreements before they escalate.

“Whatever you want to name it – community relationship building, social performance, social and environmental responsibility – much of it is about not separating oneself from the environment in which one lives and works,” Davidson, who was formally appointed Canada’s new CSR counsellor for the Office of the Extractive Sector CSR at the Prospectors and Developers Association of Canada (PDAC) convention in March.

ADVISE AND ASSIST
The counsellor’s position was created in 2009 but updated significantly through Canada’s Enhanced CSR Strategy that was launched in November 2014.

The remit has been to listen and engage companies early, after potential disagreements and issues with stakeholders were identified. The goal would  then be to mediate wherever possible and guide all parties towards reaching an early resolution before escalation occurred. This could involve working with the company’s head office and even travelling to the jurisdiction in question and holding face-to-face meetings or roundtable discussions.

This might include developing tools for companies to self-assess their engagement, measure their success in social engagement and consider what the next stages of CSR focus might be. This would be of particular help for junior, small-cap companies that had fewer resources available for CSR deployment.

Dovetailing with this, Davidson said exploration companies were of particular importance as they were often the first contact many communities had with the sector; the interaction at this stage often setting the tone of all subsequent engagement.

“Those in the exploration sector are often the first faces; they have the potential to create good working relationships with local people, but also the potential to make mistakes,” he added.

As an example of best practice, Davidson highlighted Placer Dome, which was developing a project in Niger in the late 1990s. The company reached out to anthropologists, political scientists and others to establish an awareness programme for company teams, pointing out many of the issues and challenges in the region in which they operated.

EYES AND EARS
Davidson stressed that his role was to help participants understand what was now expected of them. “The counsellor is available for consultation, often not in a formal manner but to provide guidance and assistance of where to look, who to approach and what can be done,” he said.

But if problems have been identified, the counsellor would no longer wait for companies to make contact, but instead would seek engagement if disagreements had been reported.

As part of this, Canada’s trade commissioners were to be the eyes and ears of the office, acting as a form of early warning system and identifying disagreements or verifying reports of poor practice. They would then feed their findings back to the counsellor for his consideration.

Trade commissioners were also to act as CSR advocates and work with Canadian companies and communities within their jurisdictions, helping all parties achieve a greater understanding of what might have occurred and how an issue might be best resolved.

“But hopefully a company won’t wait until something boils over. We want them to feel comfortable enough within the new environment to call the counsellor’s office and say: ‘We may have some issues here and we want you to understand what is going on’,” Davidson noted.

Thereby, a company could get help to determine the gravity of issue and, through this, seek mediation through local entities or the assistance of the trade commissioners.

Companies that had obfuscated or refused to engage with the counsellor could face the threat of Canadian trade commissioners or other agency services withdrawing their support. The implications of this were potentially graver than some might first assume – a company disowned in such a manner not only risked the ire of its shareholders but also fostered a negative narrative that could be picked up by both mainstream and social media.

As it now stands, if an emerging situation cannot be resolved amicably with the help of the trade commissioners and the counsellor, the case would be referred to Canada’s National Contact Point (NCP) for dispute resolution. The NCP fell under the auspices of the Department of Foreign Affairs, Trade and Development and had sought to resolve issues addressed by the Organisation for Economic Cooperation and Development guidelines for multinational enterprises.