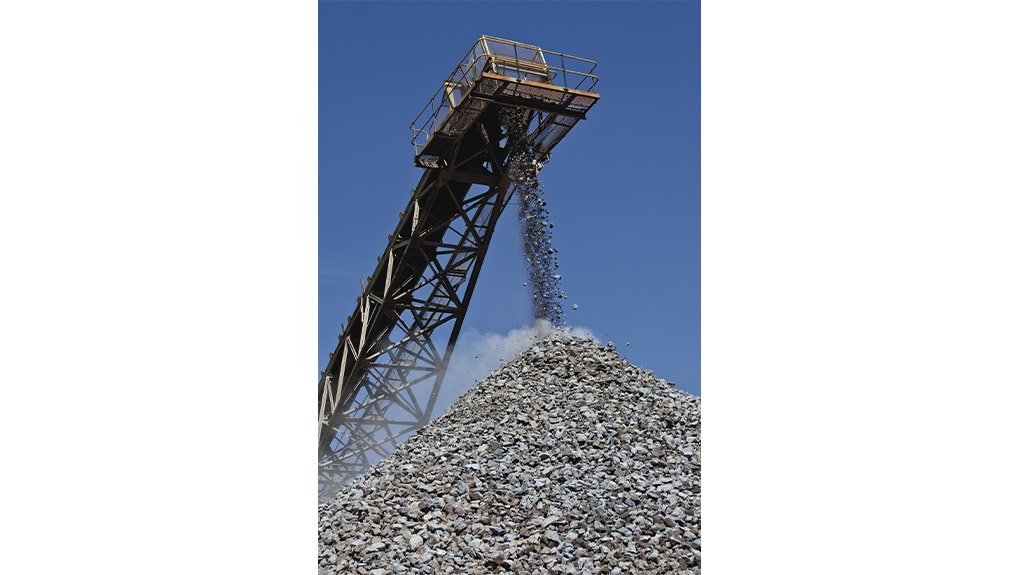 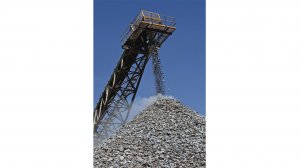 ECONOMY DICTATES DEMAND The demand for crushing depends on infrastructure development, which, in turn, relies on the economy

Technological advances in the crushing industry are few, with some machines based on old technology that has been used for decades, says surface mining association Aspasa director Nico Pienaar.

“You might be able to add sensors to monitor the wear of parts, such as bearings, or dust fallout, but you are not going to break a rock any other way,” notes Pienaar.

Manufacturers are, therefore, focused on advancing component life and reducing the impact of crushing on the environment.

Pienaar notes that a hard metal screen with a longer operating life has been produced overseas using extrusion, but is expensive owing to the manufacturing process.

“There is a future for this. That’s where technology is going to have to change.”

Manufacturers are also considering reducing the length of screens to extend their operating life.

To reduce noise, in line with the Mine Health and Safety Act (MHSA), companies have employed plastic screens, but the softer the material makes for a faster wear rate and a shorter life span.

“Water was previously used in the crushing process to reduce noise, but was not effective, as it increased the water content of the material being processed, requiring quarries to incur additional costs, as a drying process is needed. Using water for this purpose is also not sustainable in South Africa, a water-scarce country.”

More operations are using mobile crushers, which are supplied by foreign manufacturers, to process smaller-sized stone, owing to their inherent flexibility. However, many fail to comply with local dust-suppression regulations under the MHSA, says Pienaar.

“You need to connect water to the crusher or have a reservoir to reduce dust fallout during crushing.”

The demand for crushing depends on infrastructure development, which, in turn, relies on the economy, and, as South Africa continues to struggle economically, infrastructure is not being built, says Pienaar.

Although State-owned company South African National Roads Agency has talked about putting contracts out to tender for upgrades in KwaZulu-Natal, this is yet to happen.

“The most mined minerals in the world are aggregate and sand. But, when quarries battle financially, as they are now, fewer crushers will be bought,” notes Pienaar.

While crushing plants predominantly tend to be run for many years and are repaired as needed, there are companies that do invest in new equipment, he adds.

In addition, aggregate does not have significant value, such as platinum or gold, as the material is easily obtainable. Subsequently, industry members compete with illegal miners who sell their material for less and do not comply with legislation.

Consequently, quarries are reluctant to invest in new equipment, as the cost will need to be incorporated into the cost of the material they produce to sustain their profit margins.

To help its members ensure the quality and consistency of their product, Aspasa is launching quality test and laboratory standards for members’ on-site or centralised laboratories.