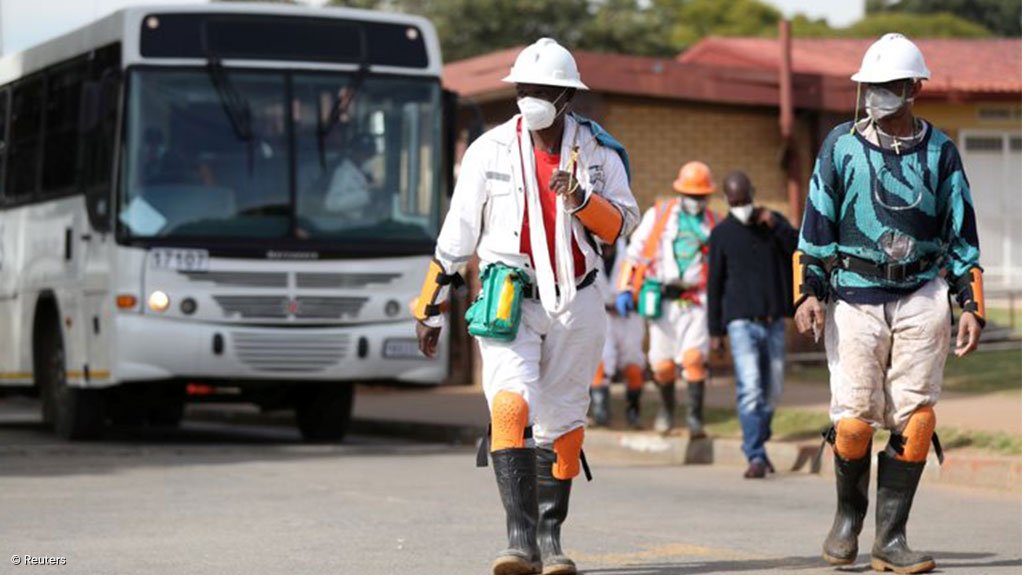 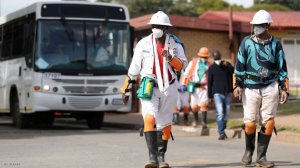 The mining industry is at the forefront of work being done to prevent the spread of Covid-19 in the workplace and will be subjected to intense scrutiny; however, it is undertaking adequate measures and responses to the pandemic and believes it is up to the task.

This was indicated by industry body Minerals Council South Africa on May 22, during its first weekly online update on the mining industry’s position on Covid-19.

The council commended the industry for its proactivity in dealing with the outbreak and its responsible approach.

With regard to statistics for the industry, the council has a dashboard on its website that is updated daily, showing a breakdown of cases by province and sector, by recoveries and deaths and by the number of people screened and tested.

As of the morning of May 22, the dashboard showed 85 positive cases and one death.

The council noted that this death occurred about a week ago, with the individual having had co-morbidities. The employee had been infected while away from work during the lockdown period.

Thirteen of the 85 have recovered.

The council noted that there had been a sudden high increase in cases in Limpopo, with two clusters of 19 and 32 cases.

However, the data from both of these clusters were still undergoing verification. The council noted that the issue of false positives was a challenge not just for the mining industry, but more broadly as well.

This is despite mining employees being screened daily, which could have led to higher figures. The council said this could suggest measures of sanitation and hygiene, wearing personal protective equipment and physical distancing were being properly implemented at mining sites and operations.

The council noted that most of the cases had been declared before the individual had entered the workplace.

Those affected have been isolated and treated where required. There have also been checks on all contacts of affected individual, including in their communities. These measures are being undertaken in collaboration with the Department of Health.

The council acknowledged that despite this perspective on statistics, the virus had not yet hit its peak in South Africa and in the industry, and is expected to continue to spread. Moreover, there is also the issue of many people not displaying symptoms, which means the virus is not always easy to detect.

Therefore, it emphasised the need for the industry to continue to abide by 100% of the guidelines set out according to its own standards, as well as the guidelines published recently by the Chief Inspector of Mines, that of a Mandatory Code of Practice to Mitigate and Manage the Outbreak of Covid-19. These guidelines were a consequence of the May 1 Labour Court judgment requiring the gazetting of such guidelines.

The council reaffirmed its commitment to meeting the guidelines, and noted that these should not present challenges in implementing, given that they were developed in collaboration with all stakeholders.

With regard to calls by unions and other stakeholders for mines to be closed in light of the figures and clusters, the council recommended against this, referring to the perspective provided on the statistics; as well as the importance of having mines continue to operate for the benefit of employment and the economy.

The council noted that the figures indicated that miners were no more at risk at operations than they would be in their communities, and in fact, it is likely that they are less at risk at work. Therefore, there should be no indiscriminate closing of all mines, but only temporary closures or measures, based on ongoing risk assessments.

There have also been calls for testing of all mineworkers returning to work. The council emphasised that while it is a strong proponent of testing, both in terms of testing miners and for shoring up capacity for testing for the country as a whole, testing of every single worker was not feasible.

Firstly, it mentioned that there was a shortage of testing capacity globally and in the country, and it would be unfair to prioritise one industry. However, many mining companies are undertaking initiatives to augment testing capacity for their operations, and for the country, such as bringing testing equipment online in the coming weeks.

There is also the issue of the limitations of testing, as an employee could test negative, but then contract the virus the next day – and testing cannot be done every day.

The council emphasised that all workers, therefore, must continue being screened daily before work. Testing will be necessary, however, in instances where cases are suspected or symptoms are being shown.

The council also noted the biggest defence for the industry and the country as prevention through hygiene and social distancing practices, exclusion of those that might be infected, followed by care and isolation.