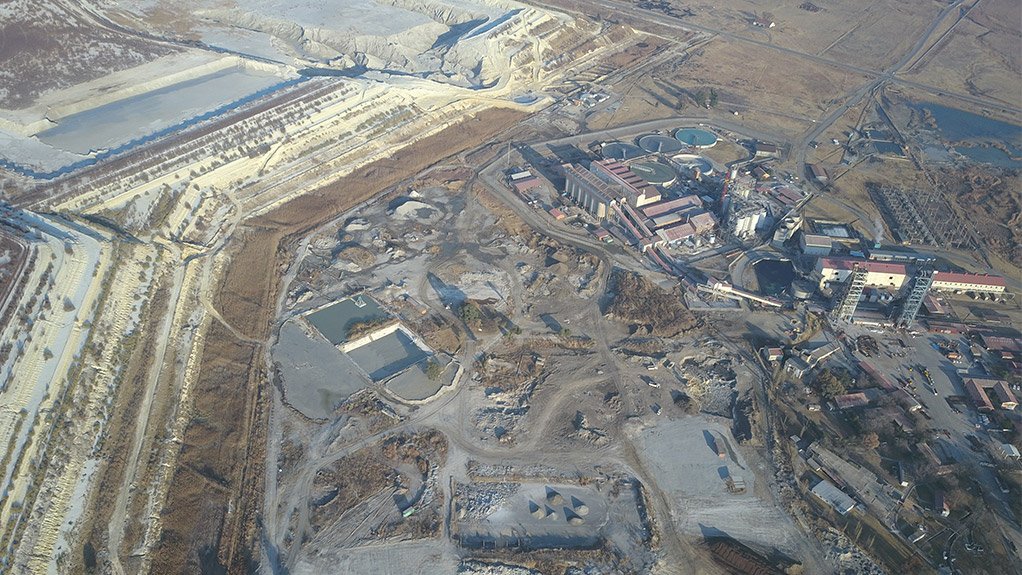 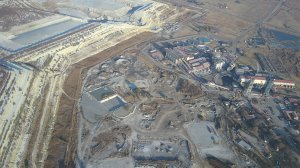 Photo by Pan African Resources
ELIKHULU TAILINGS RETREATMENT PROJECT To date, the project has created business opportunities for about 40 local and community businesses, with this number set to rise in the near future

Precious metals miner Pan African Resources has strongly condemned the protest action by some community members at the company’s Elikhulu tailings retreatment plant project, in the Evander gold mine complex, in Mpumalanga, warning that the unrest threatens to disrupt construction activities at the project.

CEO Cobus Loots noted in a statement issued last week that there were many committed and hardworking individuals and institutions in government and the community who were working to ensure the Elikhulu project benefited all stakeholders.

“The actions of this grouping, which undermines the ethical and transparent process followed thus far, demonstrates self-interest at the expense of the community at large and other stakeholders of the project,” he stated.

Loots said Pan African condemned this behaviour and appealed to all stakeholders, including the police and local and national government, to assist in ensuring that the rule of law is responsibly enforced and to ensure an environment conducive to large investments of this nature in the mining industry is maintained.

He pointed out that the R1.7-billion Elikhulu project, which would produce gold from historic mine tailings, represented a major investment in the province. The project will create about 700 jobs during the construction phase and about 250 direct permanent jobs once the plant is in operation.

To date, the project has created business opportunities for about 40 local and community businesses, with this number set to rise in the near future.

On October 20, Pan African and Evander Gold Mining obtained a court interdict against the grouping, which, besides others, prohibits this grouping from interfering in construction activities on site and from intimidating Evander employees and contractors.

Pan African said that, despite the court interdict, this grouping had continued with illegal activities, including blockading private roads and threats of violence and intimidation against Evander employees and contractors. The company emphasised that these actions were “endangering human lives” and property and could result in the Elikhulu project being “adversely impacted” on.

The company alleged that this grouping had insisted on being awarded contracts without the requisite scrutiny and without following the project’s procurement processes as agreed to by all stakeholders.

Further, Pan African said that the grouping had vowed to achieve its objectives through violent means, if necessary.

“[We have] strong corporate governance structures in place and the necessary processes and procedures to ensure [the Elikhulu project] employment and procurement functions are compliant with the accepted norms of its regulators and is equitable to all its stakeholders. “In this regard, Pan African affirms its commitment to continue using qualifying local suppliers and employing members from local communities, as already agreed with the multistakeholder forum representing the Evander region,” stated Loots.

Mining Weekly previously reported that government, trade unions and traditional leadership had publicly declared their support for the project. During the project’s sod-turning ceremony, in September, Department of Mineral Resources director-general Advocate Thabo Mokoena said Pan African’s fortitude to persevere with the project and bring it to realisation despite these challenges was “highly praiseworthy” and stood as an example to the rest of the industry of what could be achieved.