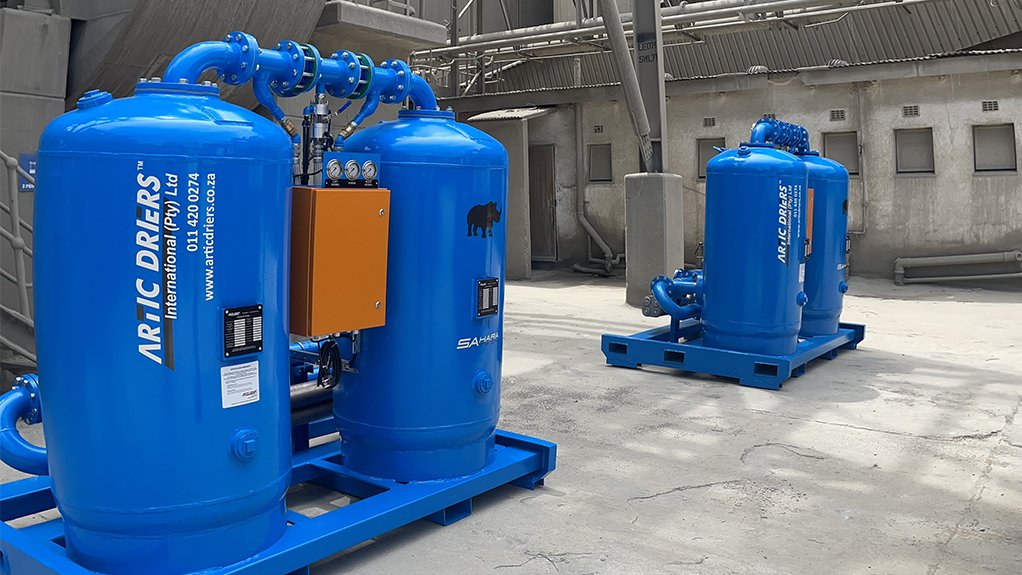 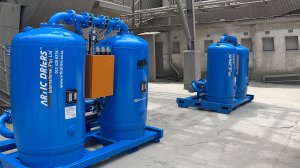 To date, equipment suppliers Promax Co has bought two of the largest air dryers in the range; the dryers were used for clean instrument air at the cement plant of cement manufacturer Pretoria Portland Cement, in Pretoria, Gauteng.

Another four mid-range SA 1560 air dryers also of the Sahara range and one SA 2950 Sahara air dryer have been supplied to glass manufacturer the Ardagh group, previously known as Consol Glass, in Nigel extension 2, also in Gauteng.

Three large-capacity air dryers have also been supplied to the Chris Hani Baragwanath Hospital in Soweto, Gauteng, where they are used to supply clean air for patient respiration.

Cockfield says the research and development for the Sahara range gained traction during the initial stages of the Covid-19 pandemic as the need for clean air was realised across many industries.

“We manufacture locally, which has mitigated the lack of import capabilities, compounded by inflated shipping costs during the pandemic.”

The Sahara range is suited to a variety of applications in, for example, cement plants, pharmaceuticals, the glass and plastic industries, as well as precious metals concentrators.

Cockfield attributes the range’s success to a “significantly reduced” return-on-investment period of 18 months as well as that dry, compressed air effectively reduces equipment failure and increases uptime at any plant.

The air dryers in the Sahara range are available in 15 different sizes, and they offer a selection from 1 m3/min to 49 m3/min at pressures from 5.5 bar to 13 bar gauge.

The range is designed with a very low overall machine height and low centre of gravity, making it easier to transport in any standard container for up-country transport.

“The piping is heavily supported to prevent any transport damage,” stresses Cockfield.

Only two angle seat valves control the dryer vessels’ rotation, oscillating the compressed-air flow between the drying and desorption cycles in the two pressure vessels.

“These are the simplest valves to fault-find and repair if ever needed,” he adds.

“As with other heatless air dryers, the Sahara series harnesses a portion of the dried air to desorb the offline vessel, however, the use of optional dewpoint control reduces compressed air purge flows,” Cockfield enthuses.

Further, Artic Driers also has the largest capacity of compressed-air auditing equipment in the country, he adds.