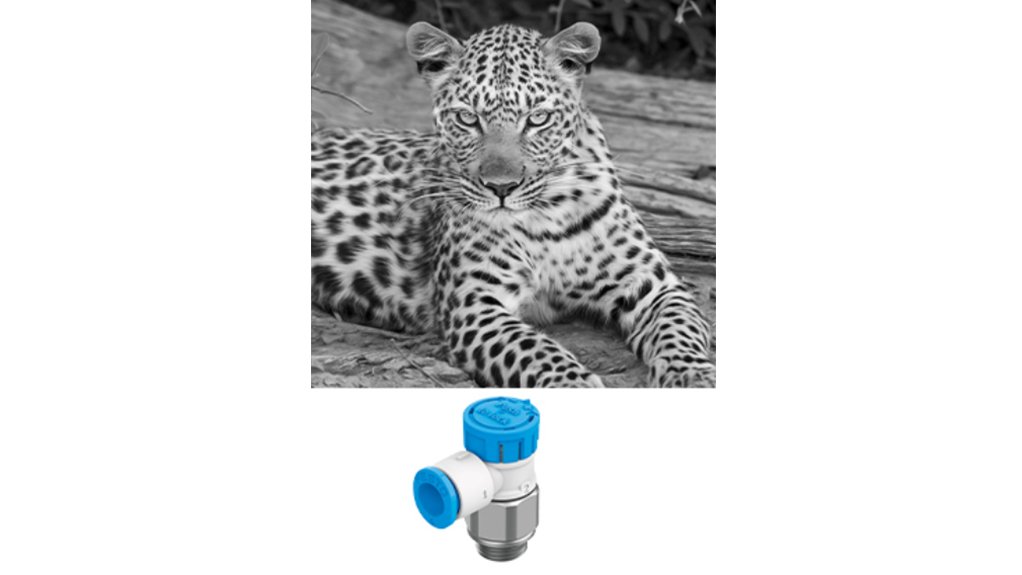 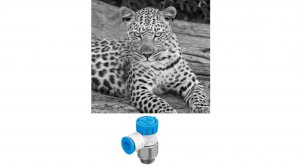 The range includes valves, actuators and pump control products, and is being highlighted through Festo’s ‘Big Five’ campaign.

The company points out the automation industry is becoming an increasingly competitive environment that requires cost reduction, productivity, reliability and performance.

Taking its title from the iconic African ‘Big Five’ animals, the five sought-after products have features that make them stand out among the over 2 200 components in this range.

The one-way flow control valve VFOE, is likened to a leopard which is known for its amazing camouflage and ability to thrive in different environments.

The same is true of the new, manually adjustable one-way flow control valve VFOE, which offers different valve functions, numerous connection sizes and can adapt to different environments, making it an ideal solution for standard requirements in pneumatic automation technology.

Festo’s Powerful MS-Basic filter regulator is likened to a lion which signifies courage, strength and power.

“What is more, they live in groups called prides. With its large product range, highly effective components and a wide choice of functions, the MS-Basic series is easily the king of the Festo jungle,” the company says.

The MS-Basic’s strength lies in its ability to offer a complete concept for compressed air preparation and the possibility of being connected into a modular air preparation system, making it suitable for simple standard applications as well as application-specific solutions.

Further, it is fully compatible with the MS series, allowing users to create the best possible mix of low-cost basic functions and any high-end functions they need.

Double-acting ADN-S is compared to the elephant, which is considered the strongest and most intelligent of the big five animals.

The Festo compact cylinder, double-acting ADN-S comes in different sizes and can be considered the elephant in the Core Range owing to its outstanding features, and a large selection of variants and accessories.

The cylinder’s compact body, detailed features and accessories speak to its intelligent design.

One such example is the patented three-component piston with excellent running and cushioning characteristics in the end positions – for high speeds and machine cycles, the company points out.

The ADN-S is ideal in test situations, simulation setups or test procedures such as pressing buttons on devices or in switch-on and switch-off operations, which typically have small loads.

Although large in size, buffalos can move through the bush with surprising speed and agility, which is what the round cylinder DSNU-S is compared to.

The Festo space-saving round cylinder DSNU-S is no stranger to speed.

It consists of a self-adjusting pneumatic end-position cushioning that adapts optimally to load and speed changes.

This cylinder is the perfect choice for high running performance, and its materials and precision manufacturing make its variants durable and robust.

The proximity switch SDBT-MSX, is introduced as the rhino of the range, owing to a rhino’s strong sense of smell that alerts them to potential threats.

Notably, the Festo proximity switch SDBT-MSX, senses the proximity of a magnetic field and creates positive feedback in the sensor, which then provides the signal.

With its detection range of 20 mm, it is easy to install, especially in applications where mounting is difficult.

The SDBT-MSX fits in all drives with a T-slot, and best matches drives from Festo, such as the standard-based cylinder DSBC, guided drive DFM, round cylinder DSNU and mini slide DGST, among others.

The company’s ‘Big Five’ products will not only address industry demands but also enhance new material flow and improve the overall production process for customers.

The company concludes that with almost 50 years of industry experience, Festo places great value on quality and its reputation as a reliable supplier.