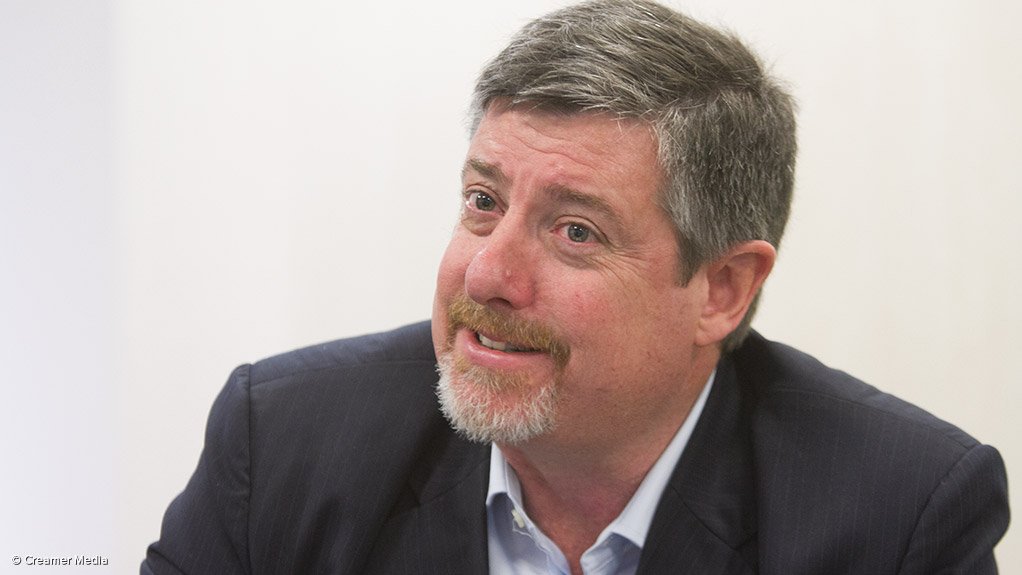 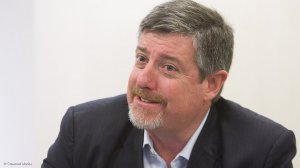 JOHANNESBURG (miningweekly.com) – Coal of Africa (CoAL) CEO David Brown on Monday called on the government to ensure a streamlined regulatory environment with end-to-end processes that were attractive to investors and logistics costs that took into account the current low commodity pricing environment.

The triple-listed CoAL said it expected to be producing at a rate of nine-million tonnes of saleable coal a year from 2021 against the background of its well-backed Universal Coal deal heading for potential closure next month and its Makhado coking and thermal project expected to come on stream next year.

“A successful outcome will propel us to being a very meaningful coal producer in the South African context,” Brown said in a media conference call in which Creamer Media’s Mining Weekly Online participated.

All in Limpopo province, CoAL’s key projects are the Vele coking coal and thermal coal project and the Greater Soutpansberg, or MbeuYashu, project, which includes the Makhado project

The company’s access to a quality hard coking resource that has the potential to support well over 100 years of supply puts it in a unique position in the South African coal arena.

While it has strong national and local government support for the Makhado project, which is seen as a catalyst for industrial development in Limpopo, as well as tried-and-tested logistics experience, Brown conceded that project funding was more difficult in the current low price environment, which could lengthen its timetable.

From a positive project support point of view at a time of low coal prices, government could play a role in ensuring that the regulatory environment was “slick” so that project delays could be eliminated and Eskom processes could provide certainty.

By making sure that current processes were run efficiently, project outcomes could be generated more quickly for the benefit of the South African economy as a whole.

On the competitiveness of local rail logistics, Brown said in response to Mining Weekly Online that economic vibrancy could be ensured if all parties came together to debate the concept of help being given during periods of low pricing and upside elements being shared when prices recovered.

The head of the emerging coal exploration, development and acquisition company was at pains to emphasise that he was not finger pointing.

“In no way am I blaming Transnet or any of the transportation elements in this. I’m merely reflecting that there’s a need to have a debate around working in a collaborative fashion,” he said, adding that it was tough to export profitably once logistics costs were subtracted from current $55/t export prices.

Because coal was poised to come from the Limpopo province in the future, the company saw it as being potentially appropriate to give consideration to playing a role in the emergence of IPPs in the region.

“We have not finalised our own role. Clearly, the primary aim would be to find a home for our coal and therefore be a coal supplier to any producer of energy.

“But that’s not to say that we might not look to fleshing that out further and even looking to becoming involved in the energy generation aspects as well.

“But it’s probably too early to make a judgement on that process. There’s a second IPP round that will be called over the next while and quite clearly we’re assessing our approach to maybe entering that round.

“There’s a lot of work going on in the background. We haven’t settled on a final position at this point, but quite clearly the primary aim is to find a home domestically for our coal, given my thoughts around the poor export pricing environment for the next period of time,” Brown said in response to Mining Weekly Online.

On South Africa’s regulatory environment remaining complex and fractured, his appeal centred on the country’s need to look at a universal approach to developing a one-stop-shop approach that would allow investors to understand the entire process end-to-end.

It could also be developed to ensure that if government wanted to support a particular investment, it could aid and abet the process.

While the funding of the Makhado project would likely be a combination of 50% debt and 50% equity, cash flow from the consummation of the Universal Coal transaction might allow for re-evaluation of the debt-equity mix through the infusion of company cash.

A non-binding memorandum of understanding had already been entered into with the Qingdao Hengshun Zhongsheng Group on a proposed equity investment in subsidiary Baobab, the legal owner of the Makhado mining right.

The Shenzen Stock Exchange-listed Chinese company is intent on acquiring up to 34% of Baobab for $113.94-million cash, which implied a Makhado project value of $335-million, the company said in a media release.

Hengshun’s proposed equity investment is subject to a $400-million engineering, procurement and construction contract being awarded to it, plus the right to match any alternative proposals for the provision of the mining contract.

Identified as a value-enhancing investment, the Universal Coal deal has the potential to provide the enlarged group with immediate coal production as well as a diversified portfolio of production, development and exploration projects that are seen as synergistic to the existing CoAL business.

Situated in the Soutpansberg coalfield, 65 km south-west of Musina, the Makhado project is to give rise to an initial 20 years of opencast mining followed by underground mining.

Government has awarded a 20-year integrated water use licence to the project, where project house DRA is scheduled to complete front-end engineering design during May.

While CoAL’s financial loss widened in the six months to end December, its cash position burgeoned to $30-million on equity and loan capital.

The ASX-, Aim- and JSE-listed company’s loss of $14.3-million in the period – well up on the $0.8-million in the corresponding period last year – included net foreign exchange dissipation of $9.4-million from US and Australian dollar exchange rates.

CoAL reported that agreement had been reached for a broad-based black economic-empowerment consortium of seven local communities to take up 20% of Makhado.

In addition, more empowerment shareholders were being identified to take up a further 6% to ensure the requisite 26% ownership of Makhado by previously disadvantaged South Africans.

The company said that Makhado's 26-month construction activities were scheduled to begin before year-end.

A further four-month ramp-up phase would result in forecast production of 5.5-million tonnes a year of saleable product.

The Mooiplaats thermal coal colliery in Mpumalanga was on care and maintenance while discussions were held with potential purchasers of a majority stake in the colliery.

The validity of a payment-breach notice from Rio Tinto Minerals Development Limited and Kwezi Mining was being challenged on the basis that the company had until the middle of next year to settle the $19-million still owed by itself and MbeuYashu.