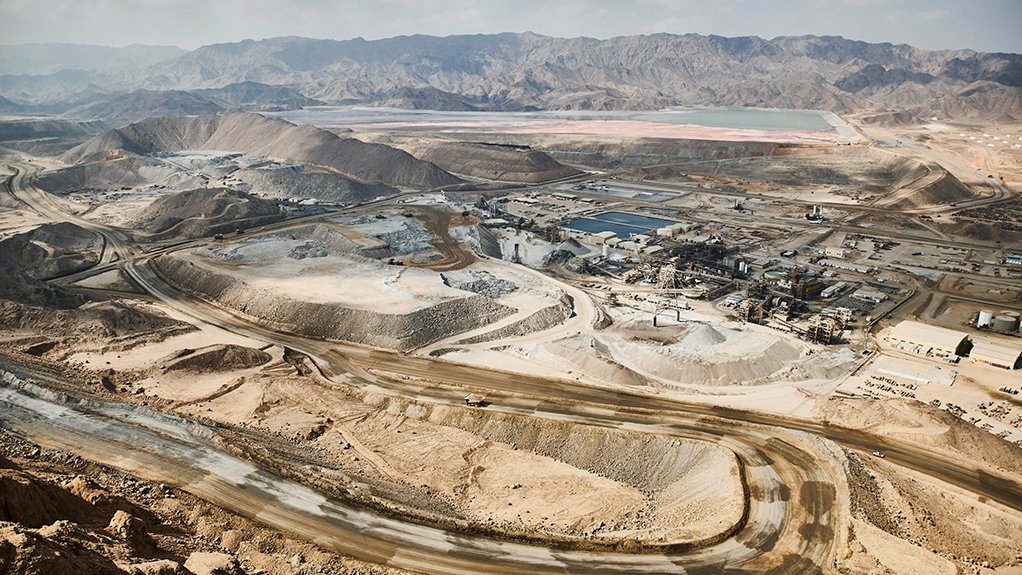 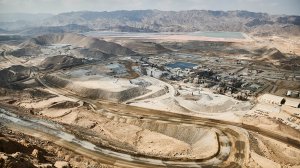 Egypt-focused gold miner Centamin increased gold production at its Sukari mine by 58% year-on-year to 107 549 oz for the fourth quarter of 2021 as a result of mining higher-grade material from the openpit and underground operations.

As for openpit mining, with a focus on the Stage 5 North and Stage 4 West areas, the company moved waste and ore totalling 30.4-million tonnes – a 43% increase year-on-year, driven by scheduled increased material movement and improved operating efficiencies and productivities.

Total openpit waste material mined for the quarter was 56% higher year-on-year at 27.7-million tonnes, driven by the successful execution of the accelerated waste-stripping programme, improving the long-term flexibility and stability of the openpit.

Total openpit ore mined for the quarter was 24% lower year-on-year, at 2.7-million tonnes, at an average mined grade of 0.93 g/t of gold – a 26% improvement year-on-year and driven by scheduled higher grades delivered from Stage 4 West area.

At its underground operations, LSE- and TSX-listed Centamin mined waste and ore totalling 205 000 t in the fourth quarter – 29% lower year-on-year.

That took the full-year underground tonnage to 1.1-million tonnes.

However, Centamin notes that tonnes mined were below schedule as a result of issues driven by contractor staffing levels impacted by Covid-19 travel restrictions, as well as being partially offset by improved mining flexibility, resulting in better-than-scheduled mined grades.

In terms of processing, Centamin achieved a 10% increase year-on-year with 3.2-million tonnes of ore, at an average feed grade of 1.11 g/t gold – a 29% improvement on the comparative period.

The metallurgical gold recovery rate was 87% for the quarter, down from the 88.6% achieved in the fourth quarter of 2020, reflecting mill feed contribution from low-grade stockpiles in the quarter.

Also during the quarter, low-grade stockpiles were drawn down from 18.9-million tons to 18.6-million tons, at 0.46 g/t of gold.

CEO Martin Horgan says the final quarter delivered what was a highly successful 2021, resulting in Centamin delivering yearly gold production and costs at the midpoint of its guidance.

As for exploration, total exploration expenses in the fourth quarter were $6.4-million – a 170% increase year-on-year. This included $5.8-million spent on the Doropo project, in Côte d’Ivoire, where work focussed on the prefeasibility study with 22 862 m of reverse circulation (RC) drilling completed as part of the infill drilling campaign and a further 7 329 m of core drilling dedicated to the metallurgical and resource infill drilling programmes.

By the end of the period under review, the RC infill programme at the main cluster of deposits was 65% complete with an anticipated completion in the first quarter of this year.

During the quarter, Centamin invested capital expenditure (capex) of $86-million – an 80% increase year-on-year and bringing the full-year capex to $233-million.

All-in sustaining costs were 2% lower year-on-year, at $125.5-million for the quarter, as the openpit contractor waste-stripping programme outperformed.

Unit cash costs of production were 10% lower at $972/oz produced.

At the end of the quarter, there was $20-million of gold bullion on hand owing to the shipment of the final pour being after December 31.

Under the terms of the Sukari Concession Agreement, the Egyptian government earned $5.2-million in royalty payments and received $14-million in profit share payments during the quarter.

After Sukari profit share distribution, group exploration expenditure and corporate investing activities, group free cash flow for the quarter was -$29-million, reflecting the peak growth capex quarter and impacted by $20-million in unsold gold bullion on hand as at year-end.

At period-end, Centamin had net cash and liquid assets of $257-million, remaining unhedged and debt-free.

Horgan says 2021 was characterised by solid delivery against Centamin’s stated plans and completion of the Sukari life-of-asset study, confirming the high-quality and long life of the mine, in addition to identifying significant upside growth opportunities.

“Excellent progress was made against our key capital projects as we continue to invest in the future of our assets . . . We have commenced 2022 with confidence and excitement and look forward to delivering on our clear roadmap to growing and unlocking further value from Sukari and our exploration portfolio,” he adds.