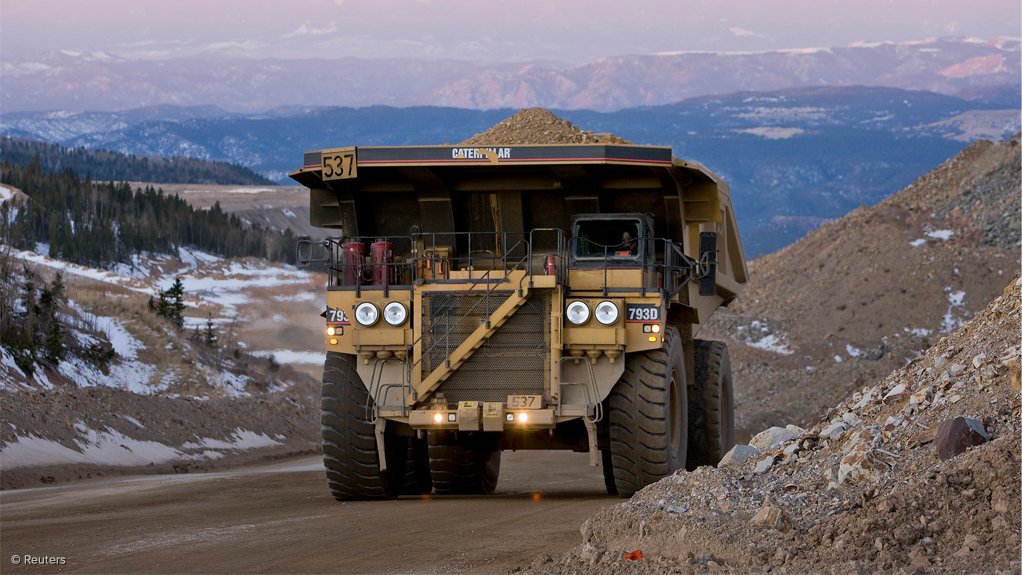 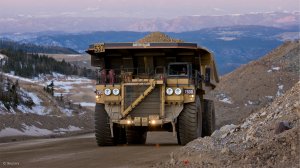 TORONTO (miningweekly.com) – The world’s largest earth-moving machinery and construction equipment manufacturer Caterpillar on Monday said that it would embark on a new $10-billion stock repurchase programme after it expected to complete its current $7.5-billion programme early, boosted by record full-year cash flow, despite a $10-billion drop in sales revenue.

Caterpillar chairperson and CEO Doug Oberhelman said that cost flexibility was critical to the company’s strategy and was a significant focus in 2013 as it took substantial actions to help maintain profitability as sales declined.

“Despite a sales and revenues decline of about $10-billion, we set a record for operating cash flow, strengthened our balance sheet and improved our overall market position for machines,” he said.

Caterpillar said it would buy back about $1.7-billion of its common stock during the first quarter of 2014, which would mark the end of the existing $7.5-billion repurchase authorisation that was set to expire on December 31, 2015, which was originally approved in 2007. This repurchase was in addition to $2-billion that was repurchased in 2013.

“The completion of our previous programme and the decision to announce a new $10 billion programme are a result of our record cash flow, the strength of our balance sheet and our confidence in the long-term future of Caterpillar,” Oberhelman said.

From a financial standpoint, it was a very positive year for cash flow. Caterpillar set a new record for its machinery and power systems (M&PS) segment, which posted operating cash flow of $9-billion, about $1-billion more than the previous record from 2011, and was boosted by a $2.9-billion inventory reduction during 2013.

The strong cash flow enabled the company to repurchase $2-billion of Caterpillar stock and increase the dividend by 15% in 2013. The balance sheet ended the year stronger than it began with the debt-to-capital ratio dropping about eight points to 29.7%. This was the lowest debt-to-capital ratio in more than 25 years.

Caterpillar noted it saw “some signs of improvement” in the world economy, which it believed should be positive for sales in its construction industries and power systems segments.

“However, despite our expectation that mine production will continue to increase, we expect mining companies to further reduce their capital expenditures in 2014. As a result, we're expecting sales in resource industries to decline modestly,” Oberhelman added.

He warned that the company could take additional actions in 2014 to help improve the financial results. “We continue to be cautious and are making the tough decisions necessary to better position us down the road when economic conditions improve and our sales rebound,” Oberhelman said.

The Peoria, Illinois-based company said 2013 was overshadowed by a substantial decline in sales of relatively high-margin mining products, adding that while it expected a decline in mining sales, it turned out to be worse than expected.

However, Caterpillar, a diverse company that serves a wide range of industries across the globe, noted that sales in its construction industries and power systems segments did not decline nearly as much in 2013.

“Our largest segment, power systems, delivered profit near its 2012 record despite lower sales. We also had a strong year in our financial products segment, which delivered a record profit in 2013,” the company said.

Caterpillar lowered its inventory by $2.9-billion in 2013, and dealers lowered their inventories by more than $3-billion. While these inventory reductions were a significant sales and production headwind for Caterpillar in 2013, it said that it believed the significant impact on its sales was largely over.

“We had good decremental profit pull through in 2013, despite the sales decline being heavily concentrated in high-margin mining products. The negative impact on profit from the change in the mix of our sales from 2012 to 2013 was about $750-million. Our full-year 2013 decremental operating profit pull-through was less than 30% because we took aggressive actions to reduce costs,” Oberhelman said.

“In summary, 2013 was a very difficult year at Caterpillar, particularly in our resource industries segment. However, on many fronts it was a successful year, with strong results from our power systems and financial products segments, record operating cash flow, solid operational performance, improvement in our market position and improving quality, to name a few,” the company said.

Caterpillar said it expected sales and revenues in 2014 to be similar to that of 2013, at about $56-billion.