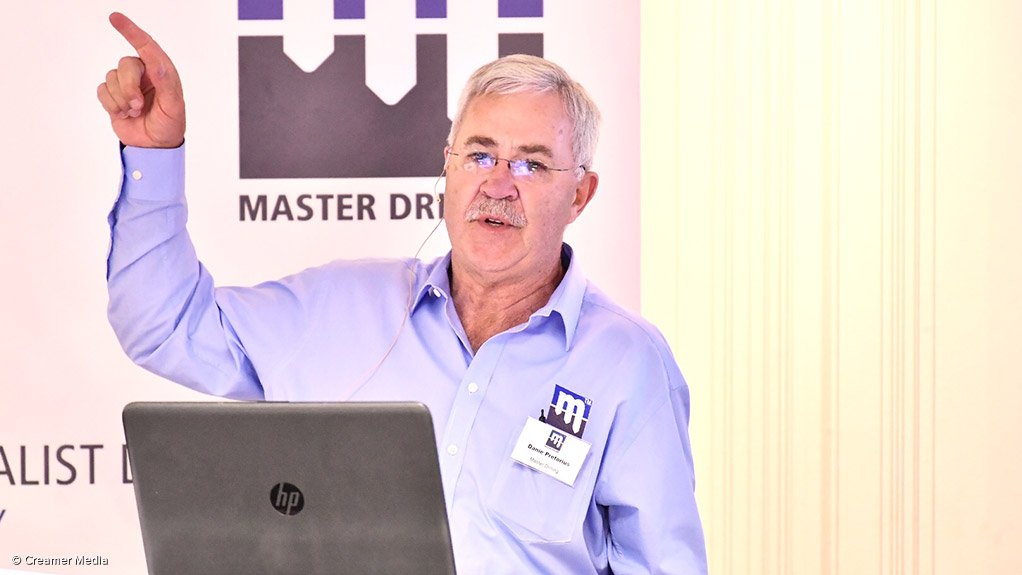 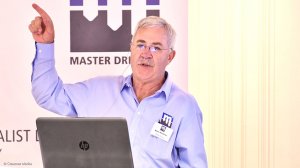 JOHANNESBURG (miningweekly.com) – Drilling services company Master Drilling, which operates in 23 countries and which is continuing to grow its presence in new global markets, on Tuesday reported a “muted but resilient performance” for the full year ended December 31, thanks to what it described as a “flexible business model and diversified footprint”.

Master Drilling CEO Danie Pretorius described JSE-listed company's 2020 performance as having been weighed down by the material impact of Covid-19 restrictions, which resulted in significant revenue decline from South American operations.

This, however, was offset by regions such as India, Africa and Scandinavia, which remained operational and received various stimulus packages, Pretorius noted in a release to Mining Weekly.

New exploration projects awarded in the second half of 2020 resulted in the mobilisation of an additional fleet to service existing clients. This resulted in a considerable turnaround in drilling and exploration activity creating a healthy pipeline.

Africa became the largest contributor to revenue and profits and expansion into West Africa continued as part of the group’s diversification strategy, with a specific focus on gold, which has seen a surge in demand as a safe-haven asset since 2019.

Master Drilling also continued to grow its presence in new markets, including Australia, Russia and Central Asia, and secured new contracts with a focus on raise boring and mechanised mining services. The civil infrastructure sector has been a key focus area and enquiries for projects that have historically been excavated conventionally are increasing across regions.

Master Drilling’s 2020 sales pipeline totalled $539.9-million with an order book of $212.8-million. In the short to medium term, the sales pipeline is expected to increase with what the company described as “further tactical acquisitions and joint ventures supporting performance”. Opportunities to diversify outside of the traditional drilling business into areas such as artificial intelligence will also continue, the company stated, adding that technological innovation remained a key priority. Aligned to this, Master Drilling has made a 40% investment in AVA Solutions, a data-focused mining fleet management provider that has disrupted the category with a solution accessible for all mines and asset sizes.

“Our recent investment in AVA is aligned with our strategy to diversify our services and invest in businesses that help us meet our clients’ demand for increased mechanisation and digitisation. Other opportunities with low capital requirements and short return cycles are currently under review.

“Although the shape of recovery remains uncertain, we have seen a turnaround in the past six months across the commodities and regions that we are already exposed to. Having made significant investments in our fleet, technology and geographical diversification over the past couple of years, we are now positioned to capitalise on the predicted commodities bull run without requiring additional capital investment,”  Pretorius concluded.

Master Drilling’s response to the pandemic ensured a reduced impact on its people and clients across all its operations, including in countries that are most severely impacted. The ability to stabilise production in the second half of the year partially mitigated the significant financial pressures resulting from the initial hard lockdowns of the first half of the year.