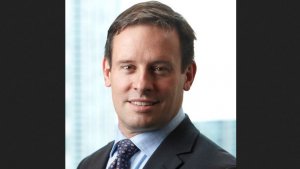 "It's become very clear that there's large portions of the periodic table for which the United States has no local source of supply," Canada Nickel CEO Mark Selby said in an interview. He confirmed the talks but declined further comment.

Canada Nickel's sole project, the Crawford nickel deposit in Ontario, is not expected to begin production until the middle of the decade. Construction of an $800-million to $1-billion mine and mill is slated for 2023, pending financing and permitting.

The outreach to Canada Nickel shows heightened US government interest in securing supplies of critical minerals used in everything from electric vehicles to advanced weaponry.

US Commerce Department officials held an introductory call in August with the miner to gauge its "ability to supply critical minerals, especially as it relates to EV batteries" and later offered an introduction to the US Export-Import Bank credit agency, e-mails from the US consulate general in Calgary show. The office did not respond to a request for comment.

Nickel makes batteries energy-dense so cars can run farther on a single charge. Demand is forecast to double by 2030, driven by use in EVs (electric vehicles).