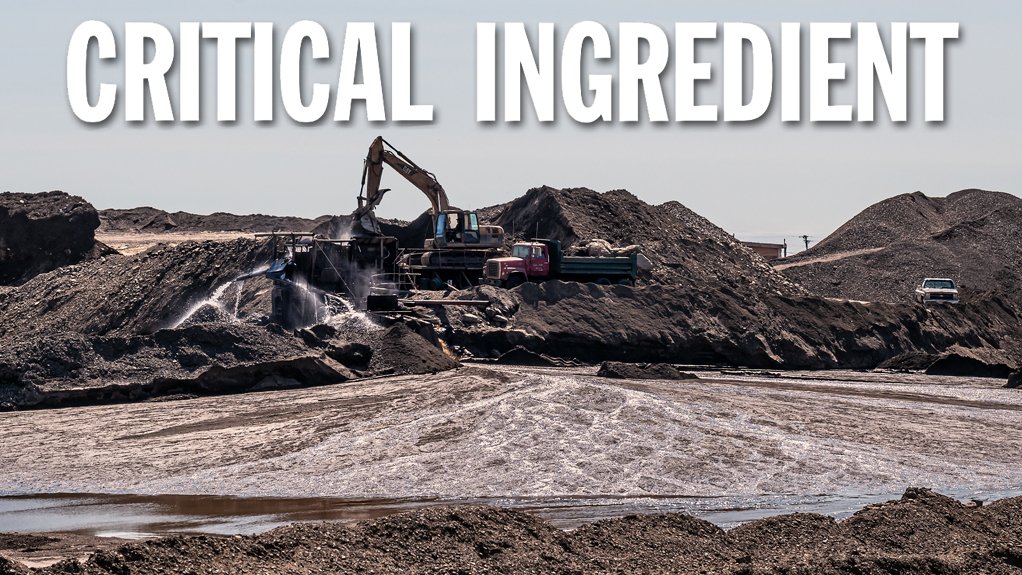 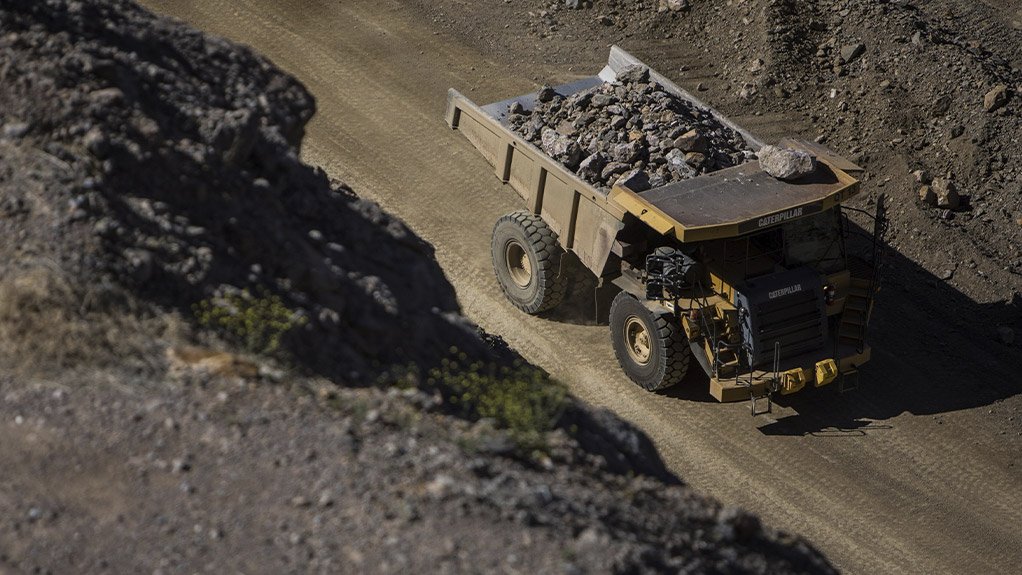 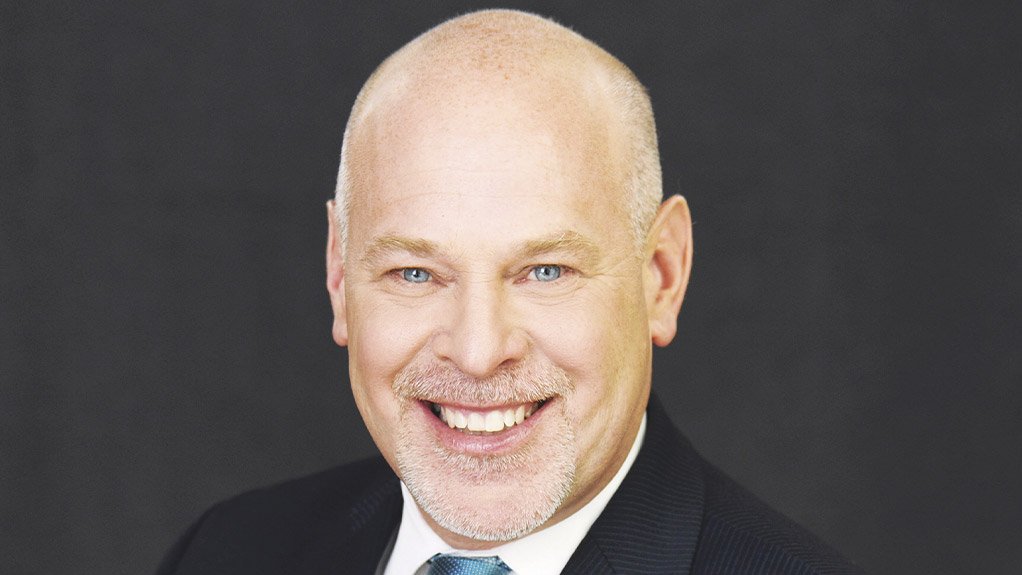 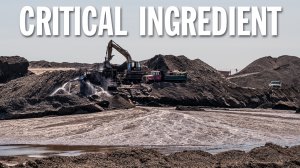 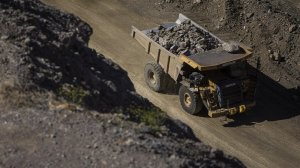 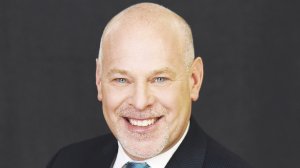 Amid growing demand for critical minerals globally on the back of increased production of the technologies needed to realise a low-carbon future, North America’s policies and regulations are said to be hindering exploration and depleting its project pipeline.

This is the most minerals-intensive time in history, with demand for hard-rock minerals set to increase in the coming years in light of technological advances, says US mining lobby group National Mining Association president and CEO Rich Nolan.

“US policies will be a key factor in determining whether the country’s domestic mining sector can meet the increasing demand for hard-rock minerals or whether we continue to deepen our import reliance, most notably owing to the difficulty in securing the necessary permits to proceed with mining projects in the US.”

Prospectors & Developers Association of Canada (PDAC) president Felix Lee tells Engineering News & Mining Weekly that there is an unquestionable push in Canada towards a low-carbon future, and he expects more exploration and development of the minerals and metals that are crucial to achieving this goal.

However, to ensure that Canada remains competitive and continues to attract investment dollars, he says regulatory changes are necessary to increase exploration in the country, which is facing a depleting reserve base.

“We believe that Canada is well positioned to take advantage of this trend by supplying sought-after battery metals, such as nickel, cobalt, cadmium, lithium and vanadium and, in so doing, provide long-term growth opportunities for the country.”

Lee highlights that reasonable amounts of nickel and cobalt are being produced by the country, with a “fair number” of lithium and vanadium exploration plays under way, but he expects greater exploration in critical minerals.

Mining Association of Canada president and CEO Pierre Gratton agrees that the need to support Canada’s mining industry, which remains one of the country’s most significant sectors, is more important than ever before, amid signs that Canada’s position as a dominant global mining nation is slipping, which could jeopardise its ability to seize new opportunities for growth, he adds.

US POLICIES
It takes ten years to secure mine permits in the US, compared with two to three years in Australia and Canada, whose environmental standards and practices are similar.

“Permitting delays have been identified as the most significant risk to mining projects in the US, where hard-rock reserves are estimated [at] $6.2-trillion,” comments Nolan.

However, under federal mining laws, over the years, 390-million acres, or about 158-million hectares, has been removed from mineral exploration, as has a significant additional acreage, owing to severe restraints on exploration in the western US and Alaska under federal mineral leasing laws, according to an article published last month on US investigative think-tank Capital Research Center’s website.

“Cumbersome permitting processes contribute to the US importing minerals worth $5-billion every year,” stresses Nolan.

The US is 100% reliant on 18 key mineral imports – arsenic, asbestos, caesium, fluorspar, gallium, graphite, indium, manganese, mica, nepheline syenite, niobium, rare earths, rubidium, scandium, strontium, tantalum, thorium and vanadium. Fourteen of these minerals are among the 35 listed on the country’s critical minerals list, with eight sourced from China, among other countries.

There has been considerable momentum to support mining in the US, starting with President Donald Trump’s December 2017 executive order, which highlighted that the country’s heavy reliance on certain mineral imports made it vulnerable to events that could disrupt supply, says Nolan.

Mining under Title 41 of the Fixing America’s Surface Transportation Act (Fast-41) was one of the recommendations made by the US Department of Commerce (DOC) in its June 2019 report, written with input from various federal departments and agencies.

The report recommended several key reforms that would jointly help limit permitting delays and raise awareness about the strategic importance of minerals to the US economy and national security.

“Each of the recommendations contained in the DOC report holds promise for the domestic mining industry, and we’ve seen positive movement and a desire across agencies to advance them,” says Nolan.

He does, however, highlight the importance of the upcoming elections in the continued advancement of these positive policy trends, owing to many democratic candidates discussing potential antimining policies.

These policies include the proposed General Mining Law amendments, described by Nolan as “nothing more than a collection of punitive royalty rates, tax increases and overreaching land withdrawals that would drive investment and jobs away from the US at a time when the country’s import dependence is exposing its supply chain to increasing risk”.

Subsequently, the US and Canada finalised the Joint Action Plan on Critical Minerals Collaboration in December, following critical-minerals supply to the US being threatened by US-China trade friction.

In addition, Nolan states that the Hardrock Leasing and Reclamation Bill, introduced by the Democratic Party in 2018, is the first step towards banning all mining in the US.

“Our hope is that reason will prevail and lawmakers will see that they should be looking at ways of encouraging – not discouraging – domestic minerals production.

“The Trump administration’s regulatory reset is having a meaningful impact on addressing many of the challenges faced by the US mining industry. So we’re tracking the elections closely.”

THE MOOD IN CANADA
The outlook is positive for Canada’s mining industry, following its 2019 federal election, which resulted in Prime Minister Justin Trudeau retaining power.

Gratton explains that the regulatory framework in Canada is complicated, as the country is a confederation and provinces are the primary regulators of mining.

Each province has a unique approach to assessing and permitting mining projects and the ongoing regulatory uncertainty could impact on Canada’s competitiveness.

“Along with other federal measures, such as the extension of the mineral exploration tax credit for a five-year term and the introduction of the Accelerated Investment Incentive, this legislation is certainly a step towards creating a predictable and consistent domestic policy and regulatory environment.”

However, as various pieces of legislation and accompanying regulations were finalised last year – including several statutes that affect federal permitting of natural resources projects and federal carbon pricing – the sentiment of the broader mining investment community towards Canada has yet to be seen.

“If implemented well by federal, provincial and territorial governments, the CMMP could help catalyse further policy and regulatory improvements.”

DEVELOPMENT OPPORTUNITIES
While mining in Canada is truly pan- Canadian, Gratton says the sector is particularly significant to the north of the country – the future of its mining industry.

Lee explains that, historically, there has been far less exploration activity and mine development in the north, compared with the south of Canada, owing to a lack of infrastructure, which increases the difficulty and cost involved in accessing prospective land.

“However, this also means that there is much geological potential that remains underexplored and untapped. There are at least 200 known mineral deposits that remain undeveloped in the far north, owing to the associated high costs.”

Therefore, the north remains a huge opportunity for Canada, particularly with regard to the economic benefits associated with its role in the low-carbon future, Lee notes.

Gratton emphasises that, without the strategic and wealth-generating infrastructure development required to enhance investment competitiveness, the promise that the region holds cannot be fully realised.

Lee believes that effective steps are being taken to facilitate mining in the region, adding that “government is listening”.

“The PDAC is working closely with provincial and territorial governments, in conjunction with federal government. Nevertheless, it will take time and a coordinated and concerted effort to tackle the infrastructure deficit up north.”

Encouragingly, the Canada Infrastructure Bank was established in 2017 to fund infrastructure projects, particularly in the far north. Unfortunately, only 10% of the funds have been allocated and no northern projects have been approved, he says.

This may be because of the dearth of geological knowledge available to inform infrastructure decisions, although Lee adds that the funding of geological surveys has been discussed with government.

Meanwhile, the Canadian mining industry is considering ways of improving energy efficiency and reducing its reliance on diesel power and the national grid.

Lee highlights that new technologies, such as small modular nuclear reactors, are being investigated.

Meanwhile, Alaska, bordering Canada’s British Columbia province and Yukon territory, presents vastly underexplored minerals potential in the US and ranks as the fifth-best jurisdiction for investment in the Fraser Institute Annual Survey of Mining Companies 2018, published in February last year.

Alaska has only six operating mines producing gold, silver, zinc, lead and coal, according to the Alaska Miners Association, despite its infrastructure historically being developed to support mining. However, if pending mining projects are approved, the state will also become a producer of molybdenum, graphite, copper, barite and rare- earth elements.

Alaska Governor Michael Dunleavy has requested that mining be included in the sectors eligible for the permitting improvements offered by the Federal Permitting Improvement Steering Council created by Fast-41.

Dunleavy has nominated two proposed critical-minerals mines in his state as high- priority infrastructure projects – Graphite Creek and Bokan Mountain – which will produce graphite and rare-earth elements respectively. Both these elements are on the list of critical minerals for which the US is currently 100% reliant on imports.