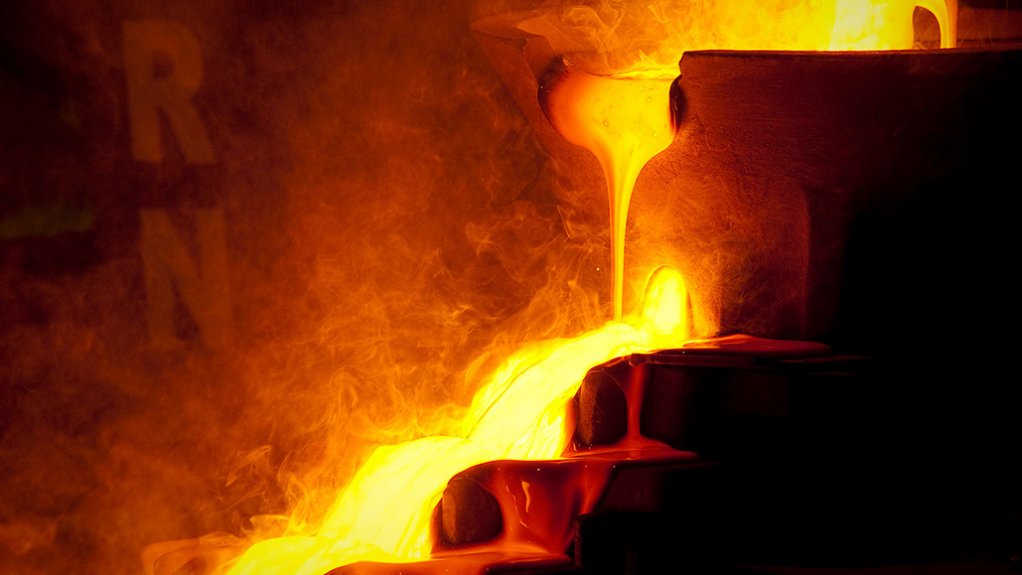 ASX-listed Calidus Resources poured 8 916 oz of gold in the June quarter during the commissioning and ramp-up of the Warrawoona gold project in the Pilbara Goldfield of Western Australia, with an additional 1 192 oz of gold in circuit.

The quarter saw the first gold poured in May following the processing plant commissioning being completed.

A total of A$22-milllion was received from gold sales during the quarter.

The gold produced to date reconciled the resource model and grade control model and resulted in the first debt repayment of A$3-million made to financial services provider Macquarie Bank as scheduled.

Milling rates progressed throughout the quarter and were expected to reach the nameplate capacity of 2.4-million tonnes a year this month. Calidus reported a total of 327 000 t of low grade ore, commissioning ore and run-of-mine ore milled during the quarter.

The process plant was tested at up to 2.8-million tonnes a year, with no major bottlenecks identified, Calidus said.

Mining has rapidly progressed in the past few weeks, with 20 000 bank cubic metres (BCM) a day movement achieved, against an average requirement of 18 500 BCM/d. A new excavator and additional manning was to be mobilised this month to ensure that the BCM movement was maintained.

Meanwhile, liquefied natural gas storage vessels were delivered to site with a transition to gas-fired electricity expected this month.

Calidus reported a cash and cash equivalents position of A$19.8-million at end of June.