Business gears up to support mass-vaccination campaign despite variant setback

Business gears up to support mass-vaccination campaign despite variant setback 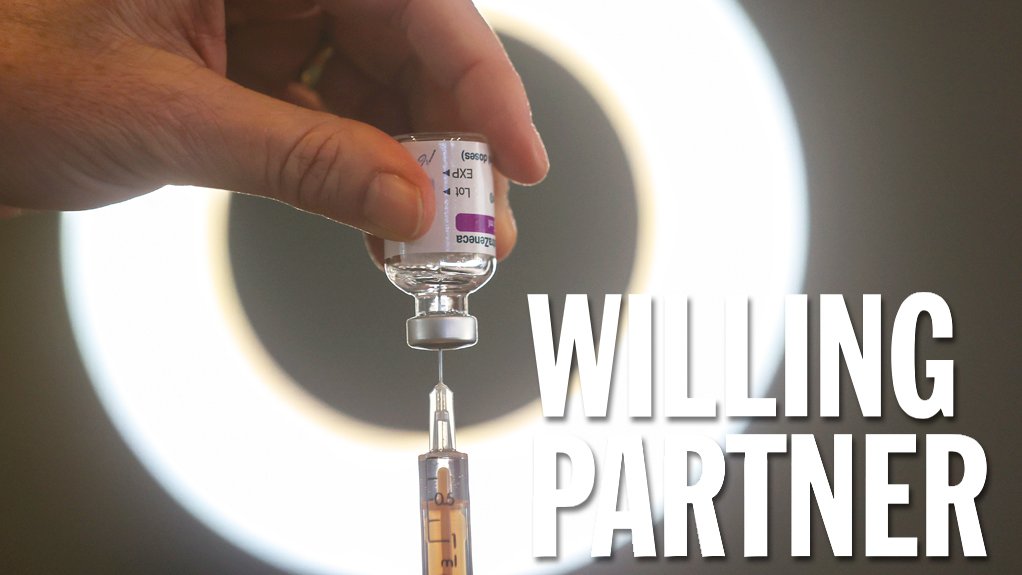 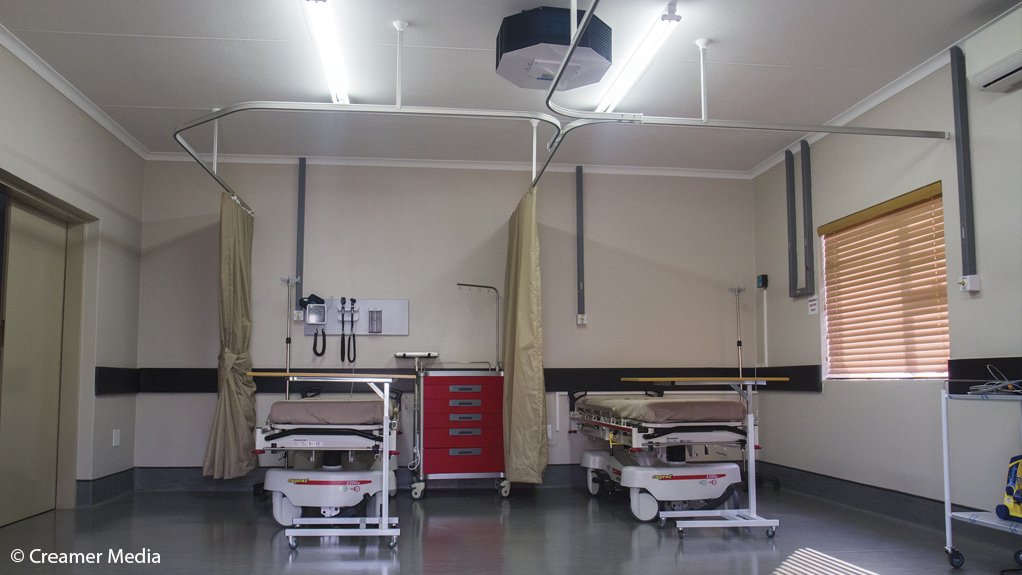 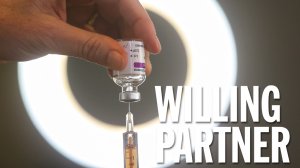 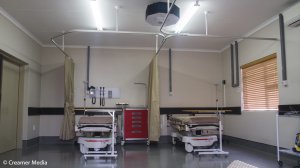 While government’s belated, yet accelerating, efforts to secure enough doses of an effective Covid-19 vaccine to begin a phased mass vaccination roll-out gathers momentum, several business organisations are finalising their plans to support the endeavour – one that is seen as crucial for creating the basis for an economic recovery from the pandemic and the platform for South Africa’s future growth and development.

The first consignment of one-million Covishield vaccine doses arrived in South Africa, at OR Tambo International Airport, earlier this month. The vaccine was developed by pharmaceuticals manufacturer AstraZeneva, in collaboration with the University of Oxford and manufactured in India by the Serum Institute – producing what is also known as the Oxford-AstraZeneca vaccine.

South Africa is one of the countries where clinical trials of the AstraZeneca vaccine were held to assess its efficacy. However, the Wits Vaccines and Infectious Diseases Analytics research unit, which runs the Oxford Covid-19 vaccine trial in South Africa, noted in a February 7 statement on the results to date that a two-dose regimen of the ChAdOx1 nCoV-19 (Oxford) vaccine provides only “minimal protection” against mild to moderate Covid-19 infection from the B.1.351 coronavirus variant first identified in South Africa in mid-November.

At the time of going to print, government's temporary suspension of the roll-out of the vaccine remained in place, pending further trials, and efforts were being made to secure the single-dose Johnson & Johnson vaccine to begin the inoculation of frontline healthcare workers.

The consignment of AstraZeneca doses being stored at a facility operated by Biovac – a biopharmaceuticals company that will play a role in the quality assurance and distribution of vaccines – could still be used domestically ahead of the April 30 expiry date of the doses, or could be swapped for other vaccines.

To assist with the vaccine roll-out, the mining industry, in particular, has expressed a willingness to avail its expertise in healthcare and catering for large volumes of people. The industry employs about 450 000 people in South Africa.

Many large mining houses have built modern, well-equipped healthcare facilities, with doctors and nurses as full-time employees. These facilities are located either at or near mining operations to serve employees and nearby mining-affected communities. These mine-owned healthcare facilities (MRHFs) often have surplus capacity, hence their possibly being the ideal launching pad from which to conduct mass vaccination, at least in areas with poor State healthcare service delivery.

Thus far, precious metals miner Sibanye-Stillwater – through its 45 health and medical facilities in South Africa – has expressed a willingness to help conduct mass vaccination, with CEO Neal Froneman stating recently that the company could vaccinate as many as 18000 people a day. He added that many large mining houses had similar capacity.

Getting vaccinations done timeously is key to achieving so-called “herd immunity”, whereby a sufficient percentage of a country’s population is inoculated. This significantly reduces the chances of the virus spreading, as well as the number of ongoing cases, new infections and large-scale outbreaks from so-called superspreader events.

During a January 11 address to the nation, President Cyril Ramaphosa said that, while the actual level needed for herd immunity was not known, local scientists estimated that the country would likely reach herd immunity once about 67% of its population had acquired immunity. “This amounts to about 40-million people in South Africa.”

The emergence of the B.1.351 coronavirus variant may mean that the threshold will be higher than 67% and there is also the possibility that the initial vaccinations will need to be supplemented by future booster shots.

The Minerals Council affirmed support for a government-led roll-out of vaccines after a board meeting held last month. Council members resolved to support the roll-out in partnership with government and organised business through Business Unity South Africa (Busa) and Business for South Africa (B4SA). Organised labour has also expressed its willingness to be involved.

While Minerals Council members are developing plans to assist with the vaccine roll-out, currently, only governments have the authority to source vaccines from international suppliers; thus, any private-sector-led programme would have to be implemented jointly with government.

Following the board meeting, Minerals Council CEO Roger Baxter said that, while many sectors were raising concerns about government’s slow progress in securing a major bilateral vaccine deal, the council was aware that government was not only securing a vaccine as a matter of national priority but was also realising its responsibility at a public healthcare level to guarantee the funding.

However, Baxter added that Ramaphosa had indicated that government was close to securing an additional 20-million vaccine doses, but “given the challenges in the public healthcare infrastructure, there is no doubt that business (Busa and B4SA), and particularly the mining sector, can play a major role in the end-to-end planning and roll-out of the vaccine programme to assist government and the nation. Cooperative partnerships and urgency are key”.

Government needed to expedite the bilateral negotiations with international suppliers and, working with the Busa/ B4SA structures, develop the systems and infrastructure to effectively, quickly and transparently implement this programme, he noted.

Froneman adds that mass vaccination campaigns could hold the key to re-establish economic stability, which has been severely impacted on, as a result of reduced workforces, closed or reduced operations and increased numbers of workers having to take sick leave.

“A person who is vaccinated has a much reduced chance of becoming ill and dying from Covid-19,” said Ramaphosa in his address last month.

Getting the vaccines to MRHFs and being appointed as a key point of care means that mining companies involved in the vaccine roll-out will need to provide safe custody and cold storage facilities, as well as determine the eligibility of those to be treated during specific stages of the roll-out, which requires the administration of records.

To ensure MRHFs have the correct data means the industry will rely on applications developed by the National Department of Health, says Russell, who adds that these systems will have to be supported with good record keeping to ensure that the all- important second vaccine dose is administered timeously to those who received the first dose to achieve the prescribed efficacy.

If it is chosen to assist, the mining industry and any potential MRHF will also need to focus on education and communication, she says.

“Our approach here is a collaborative one, but one that the Minerals Council and its members will be driving. We have already set up a communications working group that will be developing communication and educational material and channels, and we are working hard to identify and debunk myths and misconceptions.

“While government is primarily responsible for funding the vaccine roll-out and is the single buyer, the industry can play a material role in accelerating the vaccination programme at mines and in mining communities.”

Thus, government plans to roll out vaccines in a phased and categorised approach. In this regard, National Health Laboratory Services academic affairs, research and quality assurance executive manager Professor Koleka Mlisana says Phase 1 will involve those in the primary Covid-19 healthcare fraternity and will be categorised into four groupings, namely:

Phase 2 will proceed after everyone in Phase 1 has been inoculated and will include essential workers, such as teachers, police officers, municipal workers and other front-line personnel (2.5-million); people in congregate settings, such as those in old-age homes, shelters and prisons (1.1-million); people over 60 years of age (five-million); and persons older than 18 years with comorbidities (eight-million).

Phase 3 will involve vaccinating the general public, with the aim of reaching two-thirds of the population (22.5-million) as fast as possible.

The most viable Covid-19 vaccines expose the recipient’s body to an antigen that will not cause disease, but will provoke an immune response that can block or kill the Covid-19 virus if a person becomes infected.

The Oxford-AstraZeneca vaccine has an efficacy of 62% at the approved dosing scheme of two doses, administered four weeks apart. It uses viral vector technology and needs to be stored at regular refrigerator temperatures of 2 ºC to 8 ºC. This vaccine uses a harmless virus engineered to contain a gene of the SARS-CoV-2 spike protein.

The Moderna and Johnson & Johnson (J&J) vaccines are US-developed variants, with efficacies of 94.1% and 66% respectively on a global scale for preventing moderate to severe illness.

However, in terms of its handling of the more potent South African strain – B1.135 – the J&J vaccine has only a 57% efficacy rating, but is also the only approved vaccine that requires only a single dose.

The Pfizer-BioNTech vaccine has been developed in a partnership between the US and Germany. It has a 95% efficacy rating and needs to be stored at –70 ºC, but can be kept in a regular fridge for five days before being administered.

The Sinopharm vaccine, from China, has a reported, but as-yet-unconfirmed, efficacy of 79.3%. This vaccine uses an inactivated SARS-CoV-2 virus that is rendered inert through a chemical process that preserves the structure of the virus. It needs to be stored at between 2 ºC and 8 ºC.

Available from Russia is the Sputnik V vaccine, developed by the Gamaleya National Centre for Epidemiology and Microbiology. This vaccine also uses viral vector technology. It has a reported efficacy of 91.4% and needs to be stored at –20 ºC.

All the vaccines, except the J&J variant, require two doses of the same variant for best efficacy.

South African scientists are also trialling the Novavax vaccine, with results to date pointing to a high efficacy rating against the B1.135 strain of the virus.

Minerals Council health head Dr Thuthula Balfour noted in a February 4 briefing that government had “responded very well” to the mining industry’s willingness to assist in the roll-out of vaccinations. She also said that members of the council with appropriate healthcare facilities had submitted documents to government to help it make an informed decision on whether or not to make use of such facilities for the vaccination programme. “Thus far, we are working fairly well with government.”