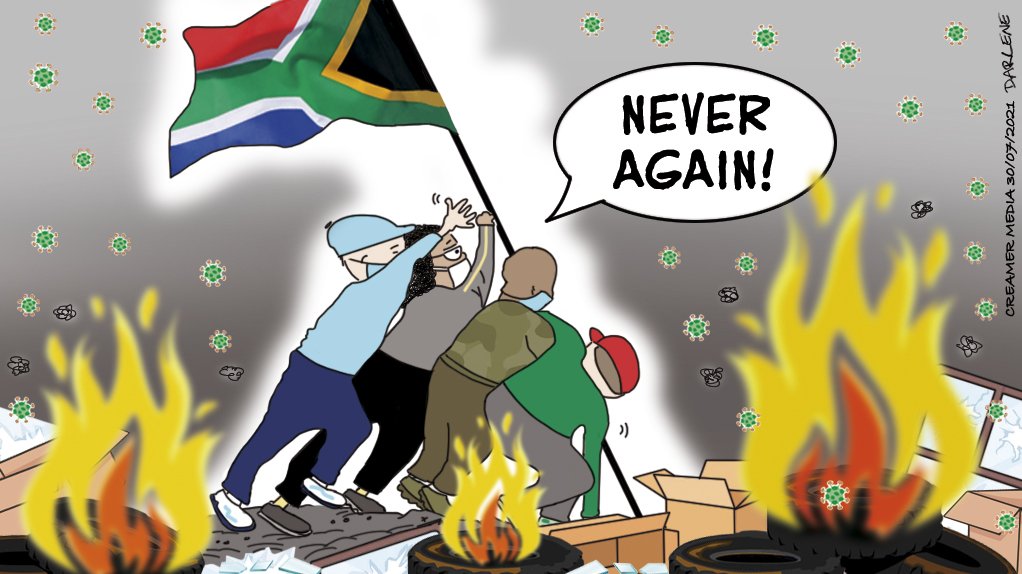 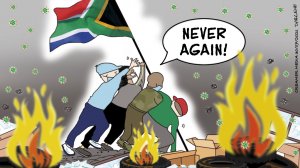 The three C’s of ‘conspiracy’, ‘conditions’ and ‘capacity’ combined toxically this month when South Africa witnessed deplorable scenes of deadly violence, theft and destruction. The conspirators had been plotting insurrection ever since Cyril Ramaphosa’s razor-thin 2017 Nasrec victory and were sparked into unpardonable action by the justifiable imprisonment of Jacob Zuma. The conditions of poverty and inequality, exacerbated by the pandemic, led that spark to become hundreds of opportunistic fires with hardly any reference back to the original plot. A lack of public sector capacity, undermined by years of State capture and poor leadership, then allowed those fires to burn for days. All three C’s need to be tackled assertively if we are to ever again raise our nation-building flag.