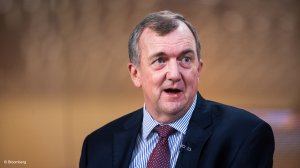 The joint venture (JV) that Barrick is creating with Newmont in Nevada is a catalyst for further shareholder value, CEO Mark Bristow said on Thursday, highlighting to investors on a roadshow that the Nevada complex would be in a “league of its own”.

“We are very excited about the prospects of the new Barrick. The merger with Randgold Resources has created significant value for shareholders and the JV with Newmont is yet another catalyst, which we believe will create further value”.

The Nevada JV has the potential to unlock “the missing billions” for shareholders, with Barrick estimating that its synergies would average about $500-million a year in the first five years.

The Nevada JV complex will be towering above any of its competitors, with its production three times the next largest gold operation, which is Russian miner Polyus' Olimpiada mine. Ranked by 2018 output, the Nevada JV will have production of 4.1-million ounces, compared with Olimpiada's at 1.3-million ounces and the Pueblo Viejo at one-million ounces.

Bristow said that Barrick was reviewing the impact that the new JV would have on its guidance for 2019 and on its five-year outlook, with an update expected during the year.

“We currently expect our five-year gold production and cost outlook to be within that range, albeit that cash costs and all-in sustaining costs are expected to decline over that period to below the bottom of these ranges,” said Bristow.

The JV implementation agreement, which the companies signed on Monday, ended an $18-billion hostile takeover offer by the Canadian miner for Newmont.

Bristow said that the Nevada deal had been more than 20 years in the making. The two gold miners have been operating independently in Nevada for decades, but have previously been unable to agree on terms for cooperation.

Barrick will be the operator of the Nevada JV with a 61.5% ownership. The company is contributing its Goldstrike, Turquoise Ridge, Goldrush and South Arturo assets, while Newmont is contributing Carlin, Twin Creeks, Phoenix, Long Canyon and Lone Tree.