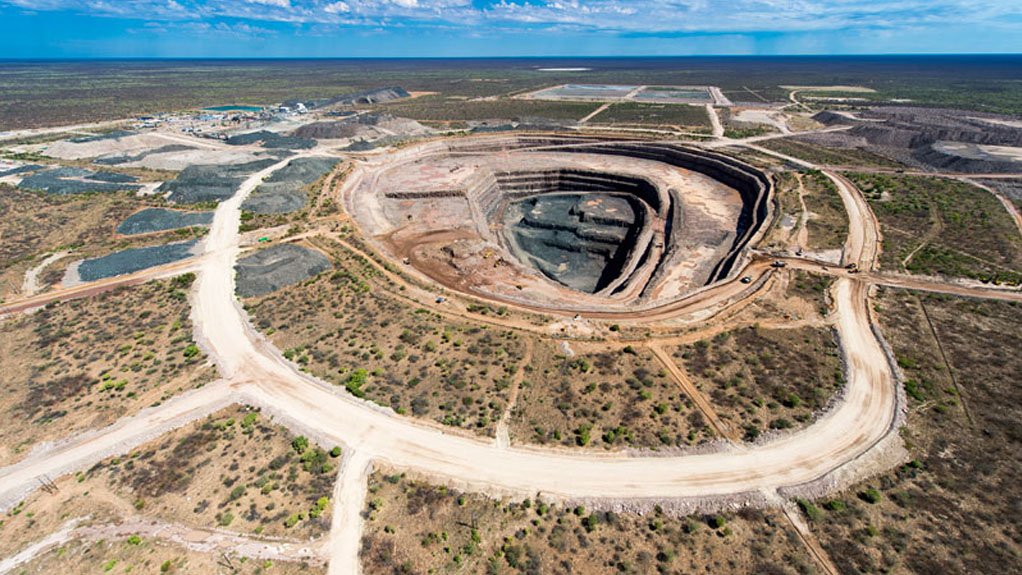 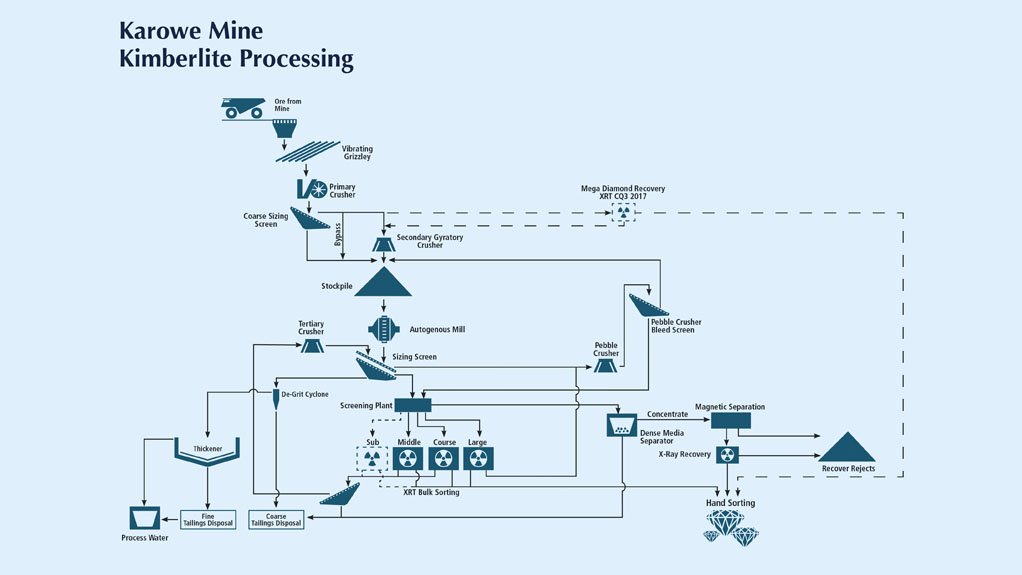 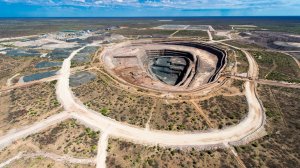 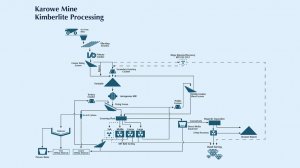 KAROWE OPENPIT The Karowe mine located in Botswana has valuable resources located underground
LUCRATIVE PLANS Lucara plans to expand Karowe’s life of mine by mining underground, towards valuable kimberlite resources

The results of a preliminary economic assessment (PEA) announced by diamond miner Lucara Diamonds in November demonstrate the potential economic viability for the development of an underground mine at Karowe, in Botswana.

The development of the underground mine is planned after the completion of the current openpit mine, with CEO William Lamb stating that operations are focused on the high-value south lobe, which remains open at depth below the current design, and “is a further indication of the potential longevity of the resource and cash flow generation at Karowe”.

Lamb adds that Lucara has seen ongoing improvement in the value of diamonds from the south lobe and that the development of an underground mine has the potential to add significantly to Karowe’s life-of-mine.

The Karowe underground PEA targets the south lobe kimberlite resource below the current planned bottom of the openpit, which is expected to be at about 690 m above sea level.

The Karowe underground benefits from the brownfield nature of the mine’s existing openpit operations. Since declaring commercial production in July 2012, the Karowe mine has produced an average of 320 000 ct/y from three kimberlite lobes, processing 2.5-million tons a year. These openpit operations are scheduled to continue until 2026, with the originally planned processing of low-grade stockpiles in 2027 being moved to 2036, the end of the current planned underground operations.

The Karowe mine’s process plant and other site facilities and equipment required to support an underground mining operation have recently been upgraded to accommodate the treatment of harder and higher-density material at depth. Existing on-site infrastructure includes offices, warehouses, laydown areas, maintenance facilities, a crushed kimberlite stockpile and reclaim, access and service roads, an airstrip, explosives magazines and water and electrical infrastructure.

The mine design for both the upper levels of SLOS and subsequent SLC mining will be similar, once general caving of the host rocks begins. The sublevel interval will be 25 m, in accordance with the international standard for this method. Owing to the reported hardness and strength of the kimberlite, at 156 Mpa, the mine design is intended to evaluate increasing the sublevel interval to 30 m at the prefeasibility study stage.

The assumed competence of the kimberlite also allows the size of the extraction crosscuts to be developed to measure 5 m wide and 5 m high. The spacing of the crosscuts skin-to-skin are set at 8 m, to optimise the draw ellipsoids, or quadratic surfaces. The flexibility of the method allows adjustments to be made to the sublevel intervals and crosscut spacing, to suit localised geotechnical conditions, which will apply particularly to the upper level SLOS access levels.

Access and ventilation to the mine will be provided by two ramps, developed from surface boxcuts. The ramps will traverse poor ground conditions over 2 000 m each to reach the first underground mining levels. The mine design contemplates the development of twin 6-m-wide and 6.3-m-high ramps to cater to larger haul trucks. The twin ramp system will be required to facilitate the planned production rate of about 7 500 t/d of kimberlite and country rock.

After being extracted from the Karowe underground sublevel, kimberlite will be trammed to the mine’s process plant, where it will be processed at an average rate of 7 000 t/d, by using existing crushing, milling, X-ray transmission, dense-media separation concentration and final recovery facilities. Confirmatory metallurgical testing will be conducted to confirm the applicability of the existing comminution circuit for the processing of the harder kimberlite from depth.

Lucara notes that existing coarse and fine tailings facilities at Karowe will need to be expanded to accommodate the additional volume of material generated from the mining and processing of underground mined kimberlite.