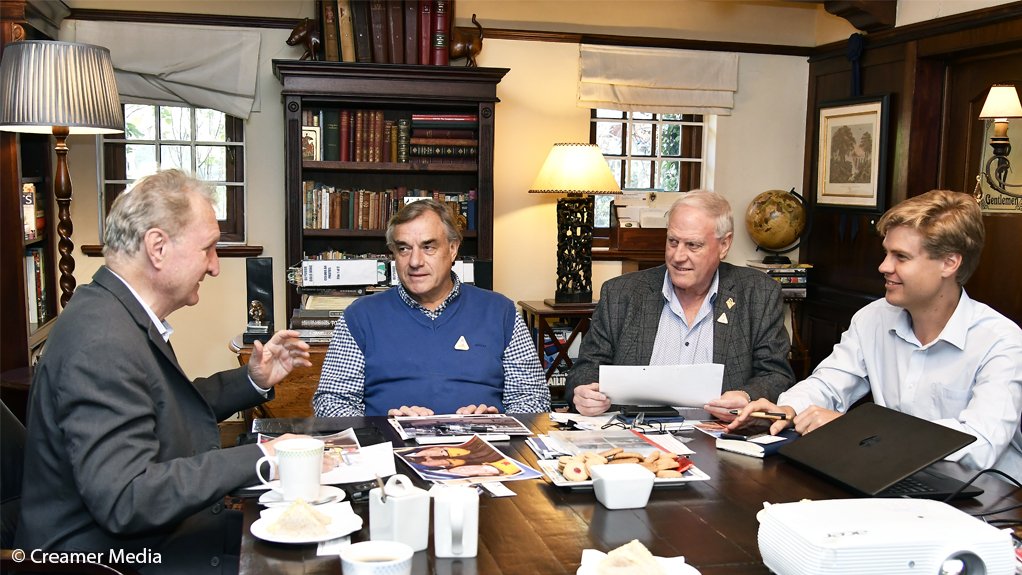 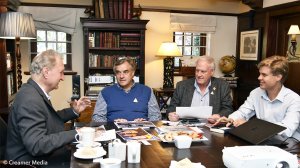 JOHANNESBURG (miningweekly.com) – Gold mining is to resume at the old Blyvooruitzicht gold mine in the last quarter of this year, Blyvoor Gold executive chairperson Peter Skeat has told Mining Weekly Online.

“We’ve worked very hard and we’re at the point of moving ahead. We’ve got cash, we’ve got no debt, and the employees and the community are right behind us," said Skeat, who is firm about achieving the amazingly low all-in sustaining cost (AISC) of $600/oz, at a time when the gold price is on the ascendancy and entering the $1 400/oz range.

“We also believe we can do a whole lot more of this because the industry has just not tackled the problems responsibly; there’s upside to this for gold mining as a whole,” he told Mining Weekly Online in a far-reaching interview at the company’s offices in Houghton.

Skeat’s career path gives one confidence. To date, his career takes in a long, insightful, entrepreneurial period that started with the contract mining of outcrop gold reefs at South Roodepoort Deep in 1981, and then advanced through Durban Deep, Rand Leases, Vogelstruisfontein, City Deep, Village Main, Primrose and Modder B until 1996. He then acquired The Afrikander Lease Gold Mine from Anglo American in 1997 and Ergo from Anglo American in 2005. He relaunched the mothballed Agnes gold mine as Galaxy Gold in 2009, and two years ago bought what was the old defunct and ravaged Blyvooruitzicht gold mine.

Now, as Blyvoor Gold, he and his mining team are at the ready to restart gold production, but in an excitingly different way, using a mining method that Mining Weekly Online sees as having the potential to re-energise many of South Africa’s stuttering gold mines across the Witwatersrand.

“A key focus of ours is that we don’t want to promise anything that we can’t deliver. When we say $600/oz, we’ve thoroughly tested that and we’re quite happy that we’re going to do it,” said Blyvoor CEO Alan Smith, the highly experienced former COO of AngloGold Ashanti, whose career path to date spans Anglo American, New Diamond Corporation, Lesotho Diamond Corporation, KIVU Resources, Incubex Minerals and SepFluor, and which now simultaneously takes in BFluor Mauritius and Blyvoor Gold.

Blyvooruitzicht, which in the 1970s and 1980s was the Rolls-Royce of gold mines, still has a 100 years of resources ready to mine, 50 years of which are in the bag.

Blyvoor’s problem was that it got stuck in an era of too many nonprofitable shafts having to be kept open, coupled with the bad gold price of the time.

Now, with the construction of its brand new treatment plant five months ahead of schedule, a plan to treat vamping tonnages from underground and high-grade tailings from surface has been initiated. This will allow gold production to commence during September, albeit at a relatively low level.

Underground production from stoping is scheduled to begin in December, three-months ahead of schedule, and gold production is poised to build up to about 300 kg/m by April/May 2020.

“There’s no point in starting up with a tired gold plant, even with a fresh workforce. There’s no point in having tired electrical infrastructure, because then your downtime starts eating your margin. We raised the billion rand we needed and we started a massive capital project to put in a brand new gold plant,” Blyvoor Gold deputy chairperson Richard Floyd outlined to Mining Weekly Online.

Drilling and blasting techniques have been taken to a new level, as have mining and hoisting.

When it comes to mining, holes will no longer be drilled into the face conventionally and blasting will be sequential, with all this checked and monitored by explosives company AEL. Underground tests have been proven and videoed.

The last image most people have of the old Blyvooruitzicht is one of denuded destruction brought about by rampant illegal mining.

“We inherited a wreck of a mine two years ago. We spent most of our own half-a-billion rand getting that back before we got funding. So, what you’re seeing now is the new Blyvoor,” said Skeat as he showed a video of the reconstruction programme.

Once these fundamentals had been satisfied, Blyvoor Gold was taken forward.

For 130 years, underground mining in South Africa has been based overwhelmingly on conventional drill-and-blast techniques. Now Blyvoor Gold is on the cusp of changing that in a manner that will cut costs and enhance safety.

A key part of the new mining method is to make use of a major 120% charge to electronically blast waste burden into the stope as backfill, and three second later carry out a second blast that leaves a high-grade stockpile in the area cleared by the first blast.

The grade is put at what Blyvoor Gold executives describe as a "very conservative" 25 g/t. They calculate mining cost at 4 g/t and overheads of 1 g/t, to yield a very healthy margin of 20 g/t.

Backfilling carried out by the blast also creates conditions requiring far less ventilation, which saves costs, and the big safety improvement is brought about by the span never being more than 4 m.

This lowers the risk of rockburst: “You’re providing support with your waste. But over and above that, you’re opening up the stoping width from 1 m and 1.1 m to 1.5 m because you’ve now got room in which to put the waste. So, people can stand up in the stope and not have to crawl around. We will be lighting up the stope with massive LEDs, so it will look like Ellis Park during a rugby final, and fibre-optics in the stopes will provide for direct communication,” CEO Alan Smith told Mining Weekly Online.

Overall, the steps taken will significantly reduce the cutoff grade to less than 4 g/t.

Large blocks of ore, with grades of 20 g/t, 15 g/t and 10 g/t, are available to be mined, representing past cutoff grades. Nobody has been back to mine them.

While the carbon leader reef will be mined, 75% of the shallower Middelvlei reef remains available for mining.

Whereas the air was in the past pumped into an open stope and diluted, the backfill keeps it in a 4 m gap. In this way, the air velocity rises and the amount of air needed is reduced. The upshot is cooler and cleaner air and lower electricity costs.

In addition, fibre-optics will open up telecommunication from underground to surface and from surface to underground.

One of the most important aspects of mining is getting drilling depth and direction right, which was not prioritised in the do-it-as-we-did-it-yesterday approach.

Mining the big pillars around unused shafts is very much part of Blyvoor Gold's mining plan, which is an initial 15-year plan.

But there are easily 50 years to mine in time, and a 100-year horizon in the total add-up.