Bloody diamonds entering the market now only 0.2% of global supply 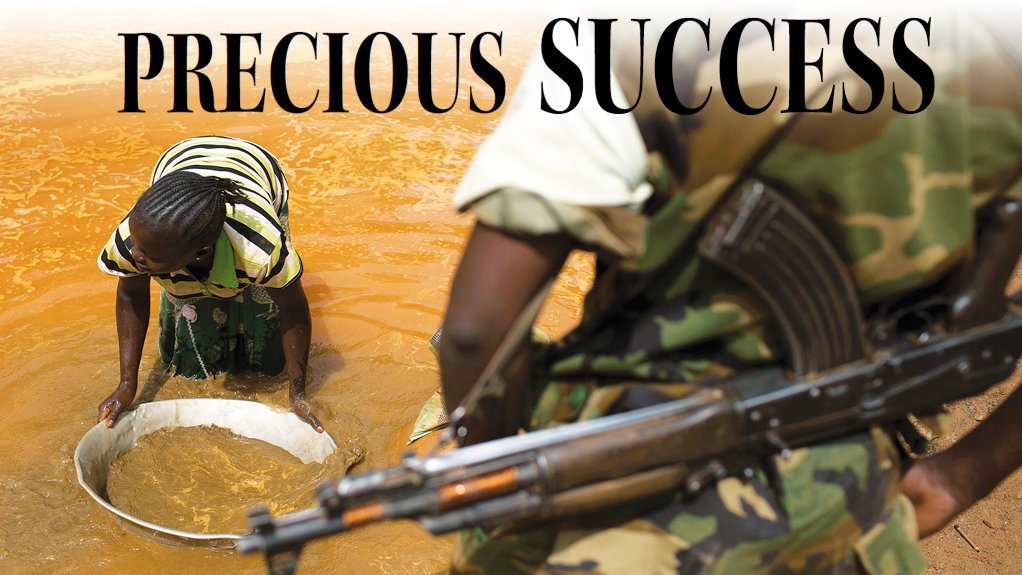 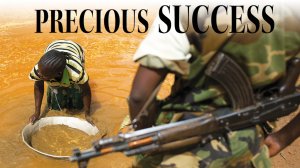 JOHANNESBURG (miningweekly.com) – The ban on diamond exports from conflict zones is proving successful in curbing so-called ‘conflict diamonds’ from being sold into official and black markets, thereby reducing their use as a potential source of finance for rebel groups.

He tells Mining Weekly that the Kimberley Process (KP), which has an interest in both domestic and international issues related to the mining and marketing of diamonds, has been “totally successful” in rooting out the international supply chain areas that are a source of conflict diamonds and blocking those channels. This has eliminated the appeal of operating directly, or by proxy, with those involved in sourcing diamonds from conflict zones.

Thus, while a small volume of conflict diamonds are still finding their way into the international market, Blom notes that, at less than 0.2%, the industry considers this to be a successful reduction, as, despite efforts to tighten export controls, there will always be an avenue into diamond black markets.

Meanwhile, diamond exports from the Central African Republic (CAR) were subjected to a three-year ban, imposed by the KP, after stones found in that country were adjudged to be funding armed groups in an interreligious sectarian political conflict and placed under embargo, according to CAR Mines Minister Leopold Mboli Fatrane.

The CAR descended into chaos in March 2013, when predominantly Muslim Seleka rebels seized power, triggering reprisals by ‘anti-balaka’ Christian militias. The conflict drove tens of thousands of Muslims from the south.

The CAR diamond export ban was imposed by the KP in May 2013.

With the country having held successful elections earlier this year, new President Faustin-Archange Touadera is seeking to revive the country’s shattered economy.

The KP took an administrative decision in July 2015 to begin the process of partially lifting the diamond export ban on the country, owing to the country’s southern region becoming more peaceful, thereby curbing the illicit trafficking of diamonds from that region. The partial lifting of the export ban initially applied to Berberati, in the southern region of the country.

Touadera said at the time that the CAR government would “very quickly . . . work on other zones”, presumably the northern regions, as government needed to fulfil certain conditions imposed by the KP for the sake of producers. “We must separate the so-called ‘blood diamonds’ from those that are not,” he emphasised.

It was revealed in mid-2016 that the CAR, following the partial lifting of the KP export ban, would resume the export of nonconflict diamonds comprising 3 703 ct of stock that had been examined and approved by the CAR government diamond inspection office.

Highlighting the challenges in identifying and tracking conflict diamonds or diamonds originating from a specific region, Blom says it is almost impossible to identify diamonds from specific areas. “If you look at a large parcel of diamonds, we can more or less identify the area they come from, but, for individual diamonds, it is nearly impossible to pinpoint their country of origin.”

Against this background, he notes, some governments are involved in a trial to determine whether some sort of ‘DNA’ from region- specific diamonds can be identified to better assist in the location of conflict diamonds in the international market. “This is yet to prove successful,” Blom adds.

“The only diamonds that can be directly traced back to a specific country are diamonds from Zimbabwe’s Marange area, because they are distinctive in colour and the coating they possess.”

Johannesburg-based State-owned minerals and metallurgy innovation organisation Mintek is also involved in efforts to establish the origin of diamonds. The organisation is undertaking a project to ascertain whether diamonds can be ‘fingerprinted’, thereby enabling specific diamonds to be discriminated according to their source, which could make the tracing of conflict diamonds possible.

During 2008/9, Mintek’s mineralogy division established its provenance laboratory in conjunction with the South African Diamond and Precious Metals Regulator. This laboratory was established to ascertain if a combination of both physical (morphology) and chemical characteristics (such as nitrogen contents and aggregation states and trace element contents) could be used to discriminate diamonds in a forensic manner.

The provenance laboratory, which operates under the auspices of the KP Certification Scheme, is creating a database of diamonds from different African locations and investigating whether the mooted ‘forensic fingerprinting’ is feasible.

According to Mintek, the results obtained to date indicate that diamonds can be discriminated.

KIMBERLEY PROCESS PLENARY
Meanwhile, the KP held a plenary meeting in Dubai, in the United Arab Emirates, between November 13 and 17, with the topics covered, including the prevalence of synthetic diamonds, the valuation of diamonds and ensuring the sustainability of artisanal diamond miners.

The issue of artisanal diamond miners is intimately tied to the success of the mooted ‘fingerprinting’ revolution. In countries that would benefit immensely from such a development, small-scale, disaggregated diamond mining is predominant.

Meanwhile, during a session of the Dubai meeting, Blom addressed guests on the issue of synthetic diamonds, stating that the WFDB recognised and accepted that synthetic diamonds were a legitimate niche product and that “there is a place for them”. However, he stressed that there would be zero tolerance for including undisclosed synthetic diamonds in parcels of natural, mined diamonds.

“Our biggest concern is that synthetic diamonds may not be disclosed as synthetics and we need to work with governments and law enforcement agencies to ensure that transgressors are brought to justice,” stated Blom.

Such transgressors will be expelled from the WFDB and will also be barred from working in any of the WFDB’s 30 bourses around the world.

The WFDB has been actively promoting the idea that consumers buy from reputable retailers that are recognised members of the trade body. Blom said this ensured consumers had redress should they feel hard done by.

Further, he noted that diamantaires were now certifying diamonds of 20 points, compared with 0.50 ct stones and larger, which was the case in the past. “[The result] is a certain level of comfort regarding diamonds of 20 points and up,” Blom assured, adding, however, that there was still a problem with smaller stones and melee (small diamonds, with carats as low as 0.001 ct). He pointed to the development of machines capable of detecting melee, however, as holding out promise.

The WFDB’s World Diamond Mark initiative, which is supported by other industry bodies and diamond promoting companies, provides “a clear answer” for customers through its network of authorised retailers. These retailers, Blom highlights, are obliged not to sell diamonds and synthetics in the same store.

He urges consumers to only buy diamond jewellery from a member of a registered trade organisation, such as the Diamond Dealers Club and the Jewellery Council, both in South Africa.

SOCIAL VALUE IN EXCELLENCE
As part of the KP plenary, a forum on rough diamond valuation took place for industry stakeholders to discuss a generic set of valuation criteria for rough diamonds. This meeting built on two previous meetings held on the same subject, with the last taking place in Antwerp, Belgium, in October.

Blom says this valuation initiative, proposed by KP chairperson Ahmed Bin Sulayem, should be aimed at finding ways in which it can assist artisanal diamond miners, many of whom operate in “very difficult conditions” and are usually under immense pressure to quickly sell the diamonds they mine.

“When you add in their family members, we are talking about three-million to four-million people, so we must ensure they receive fair value for the stones they mine. The miner working in the riverbed selling a parcel of stones once a week to feed his or her family is the one who needs our protection,” Blom emphasises.

“The KP is extremely important to the diamond industry. It gives the consumer the comfort that their diamonds come from nonconflict areas. The KP features a system of warranties that everyone in the diamond trade has to adhere to; therefore, the process is robust and the consumer can rest assured that the diamonds [from] one of the KP member countries are conflict-free,” concludes Blom.