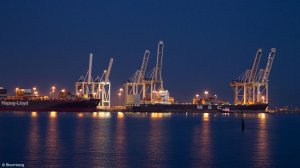 Global mining major BHP has signed an agreement with Vancouver-based Westshore Terminals to handle potash for its Jansen mine, in Saskatchewan, Canada.

This is according to the terminal operator, which said on Thursday that the agreement was subject to approval by the BHP board and conditional on the mining company making a final investment decision on Stage 1 of the Jansen project.

The world’s biggest miner stated earlier this week that final negotiations on a port solution – a prerequisite for a decision on the big-ticket potash investment – were progressing.

If the Jansen project proceeded, the agreement required the port to handle potash for BHP for a term to 2051, subject to extension, Westshore said.

It also required Westshore to construct the necessary infrastructure to handle potash at the Roberts Bank Terminal by 2026, with BHP funding the construction.

If BHP announced a final decision to proceed with the Jansen Stage 1 project, the BHP-Westshore agreement would become binding on BHP, the terminal operator stated.

The Jansen mine would produce about 4.4-million tonnes a year in the first phase and have capacity for another 12-million tonnes thereafter, with a mine life of about 100 years.