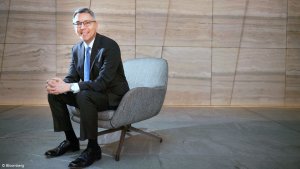 Diversified major BHP has set medium-term targets for reducing greenhouse emissions, announcing on Thursday that it would reduce emissions by at least 30% from adjusted 2020 levels by the end of this decade.

The group has already established its long-term goal of achieving net zero operational (Scope 1 and 2) emissions by 2050 and its short-term target of maintaining operational emissions at, or below, 2017 levels by 2022, using carbon offsets.

The major also announced that CEO Mike Henry and other senior executives’ remuneration would be linked to the delivery of its climate plan.

“Our actions must be of substance. They must be real, tangible actions to drive emissions down. We must focus on what we can control inside our business, and work with others to help them reduce emissions from the things that they control,” Henry said in the BHP 2020 climate change plan update, published on Thursday.

BHP also announced its 2030 goals for Scope 3 emissions – those that occur in the value chain of an organisation and in the use of the products it creates, for example a customer turning iron into steel.

The group noted that many of its customers in steelmaking had set Scope 1 and Scope 2 emission reduction targets for themselves. Therefore, it proposed to support industry to develop technologies and pathways to reduce emissions.

In the 2020 financial year, potential CIP projects requiring $350-million over five years had been identified and the miner said more would be identified in 2021.

Henry said that BHP’s portfolio was well positioned to support the transition to a lower carbon world aligned with the Paris Agreement.

“It includes commodities that are essential for global economic growth and the world's ability to transition to, and thrive in, a low carbon future. Climate change action makes good economic sense for BHP and enables us to create further value."