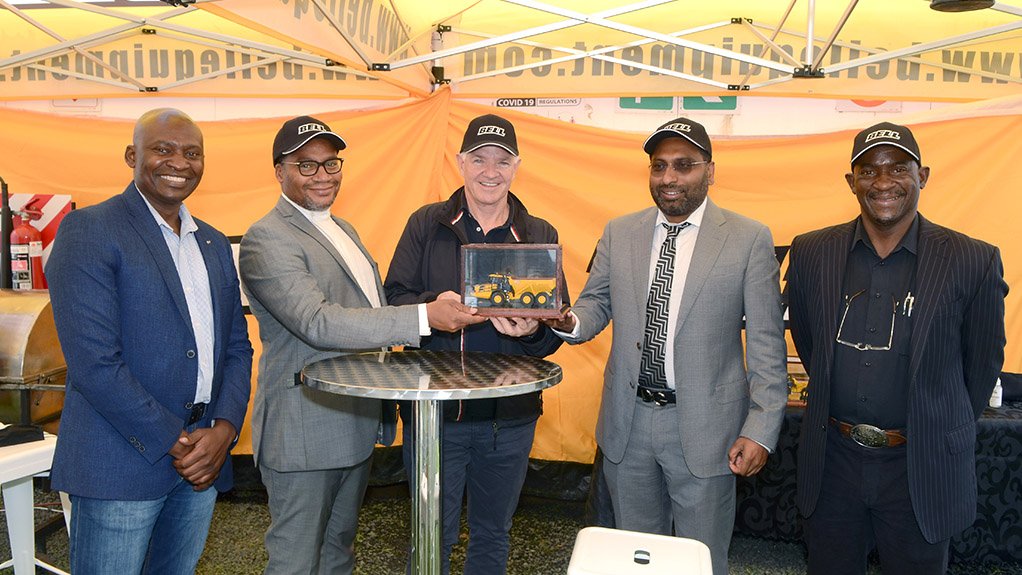 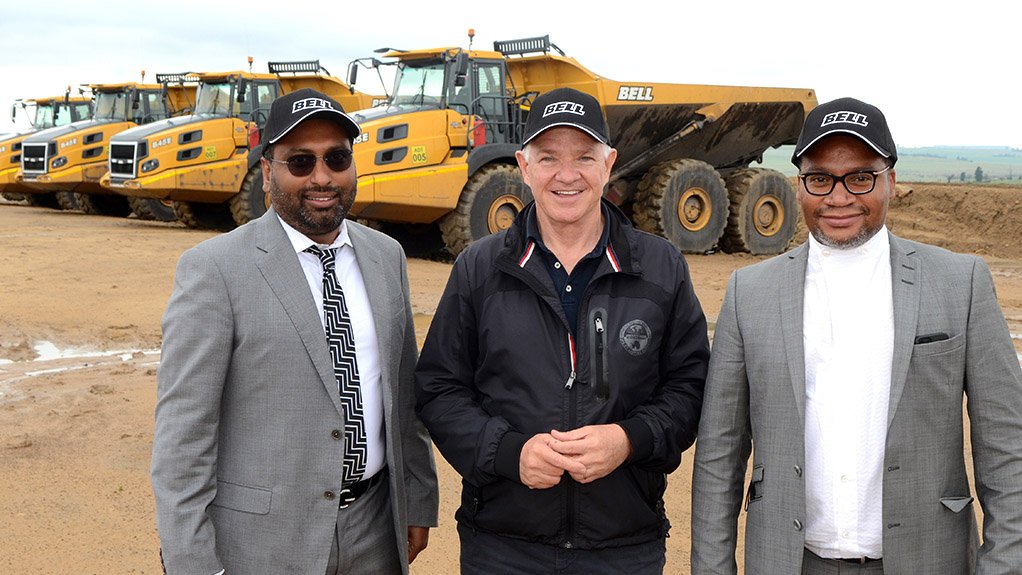 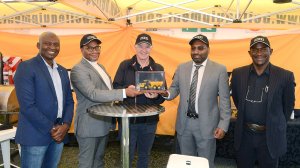 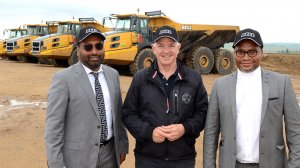 These ADTs, industry cluster organisation Mining Equipment Manufacturers of South Africa (Memsa) says, are the lowest cost per tonne ADT in the 40 t to 45 t class, “making it well-suited for coal mining applications”.

The ADTs are locally manufactured at machine industry company Bell Equipment’s factory in Richards Bay, and will be used in the coal sector around the Breyten area, providing meaningful jobs in the area.

The emerging coal miner’s decision to invest in Bell’s ADTs also has a direct downstream benefit for about 3 500 employees at Bell, and for more than 1 000 suppliers to the manufacturers that supply a variety of components that go into each of Bell’s ADTs.

Bell group chairperson Gary Bell said at the handover event that the ADTs would be used in the coal sector within the Breyten area, thereby “providing meaningful jobs in the area”.

“While the Alfieri Group had a choice of eight or more different manufacturers of haulage vehicles to choose from, its decision to acquire a wholly-owned South African product proved that ADTs manufactured and supported by Bell Equipment could compete on the global market, and do so with confidence,” Bell acknowledged.

He further enthused that, despite the current economic and social challenges within the country, “Team South Africa has proven that it can create a world-class product”.

This, he added, is further evidenced by the fact that only about 15% of Bell Equipment’s ADT production is sold in South Africa, with the balance “eagerly snapped up” by the rest of the global market.

Alfieri director Branden Moodley, meanwhile, commented that the company had been “influenced by the consensus in the market that Bell ADTs were the haulage machine of choice”.

He noted that the company had “understood [Alfieri’s] business” and the challenges it faced.

Memsa, of which Bell Equipment is a member, also played a significant role in the success of the handover event.

While the number of attendees to the December handover event was restricted owing to Covid restrictions and protocols, representatives from the Department of Mineral Resources and Energy (DMRE) and the Department of Trade, Industry and Competition (DTIC) were in attendance.

DMRE director-general Advocate Thabo Mokoena, and the DTIC’s Shawn Moses and Mzwakhe Mbatha collectively agreed that the government was supporting industry through the industry master plans.

Bell, meanwhile, said more can be achieved by working together, while Memsa CEO Lehlohonolo Molloyi highlighted that the industry body was “committed to support members’ initiatives”.

Memsa further thanked the departments’ participation in the event, noting that this was done in support of a local South African mining equipment manufacturing company.

“Their support as a key stakeholder in the mining supply chain will be greatly valued. Memsa remains a voice for Proudly South African companies that work hard to positively impact on the national economy through manufacturing, job creation and skills development, which is in line with various government policies and its drive to support local content,” the organisation said.