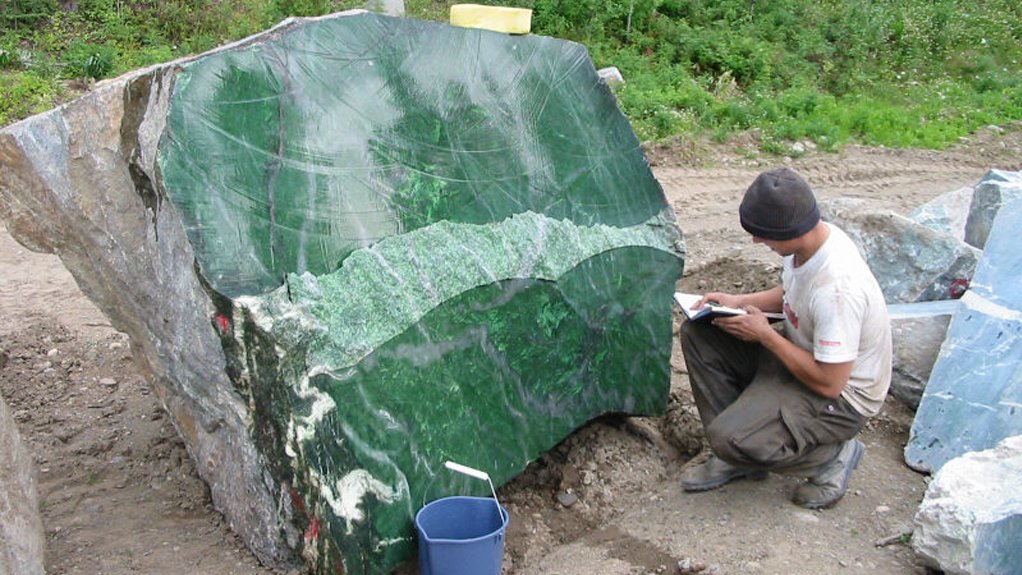 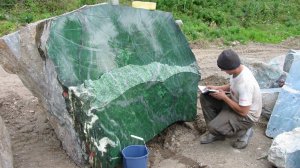 TORONTO (miningweekly.com) – British Columbia’s jade mining industry is expanding on the back of insatiable demand from China, as producers struggle to keep up with demand for the gem-quality metamorphic green rocks.

Between 1975 and 2000, the jade industry averaged about 200 t/y, but this had since ballooned to about 1 000 t/y, said local jade producer Green Mountain Jade COO Kirk Makepeace in an interview with Mining Weekly Online.

“It’s all about China. It is difficult to comprehend the cultural and spiritual significance the Chinese attach to jade. We can’t keep up with demand,” he stated.

The jade industry in British Columbia dated back about a century, but it only really gained momentum about 45 to 50 years ago, when high-grade deposits were discovered in northern parts of the province.

Makepeace explained that there were two types of jade: nephrite and jadeite, with nephrite being the type found in British Columbia. According to him, the Chinese economic reforms was driving demand, as the population grew and became increasingly wealthy.

The Chinese seemed at first sceptical about the quality of nephrite jade, as it had been accustomed to sourcing jadeite within China, Myanmar and Burma for centuries. However, the quality perception of the softer-yet-tougher nephrite jade saw a huge marketing boost when organisers of the 2008 Beijing Olympics included nephrite jade in the medal design, which prompted demand.

“We cannot keep up with supply. There’s a billion people who want jade. The nephrite market could become two to three times what it is today, as [it] chips away at the traditional jadeite markets,” said Makepeace.

He further noted that China accounted for a combined market of about 25 000 t/y of jade, with the significantly larger jadeite market accounting for about 20 000 t/y. Canada (60%), Russia (30%) and China (10%) were the main producers of nephrite jade.

Makepeace pointed out that despite the current growth of China’s economy, and the corresponding slow growth of the jade, it was still growing at a pace faster than it had in decades.

Top-grade nephrite jade fetched about $250/kg, while lower grades used to make tiles and other things ranged upwards in price from about $10/kg.

With more than 40 years' experience in the industry, Makepeace noted there was a land rush taking place in British Columbia, with wealthy Chinese investors staking claims to secure jade supplies. He questioned whether any new mines would actually open in the province, conceding that competition was on the rise.

Makepeace noted that it only had about a 100 days each year to mine jade, owing to the severe Canadian winters, but added that he hoped the company could add about 20 days to its mining season this year, as climate change provided it with increased access to the remote deposits. Twenty extra operating days could result in 20% improved output this season, he advised.