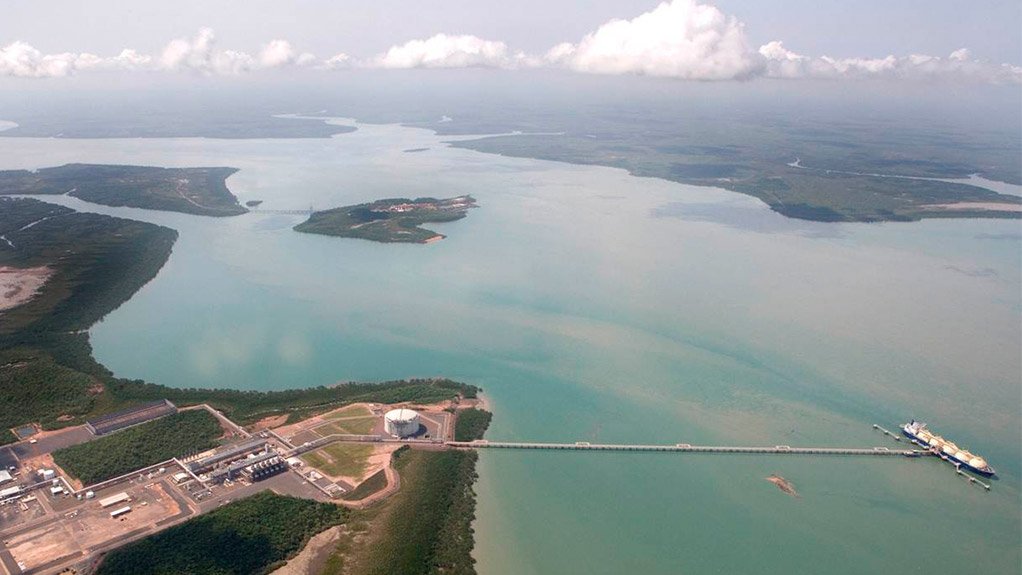 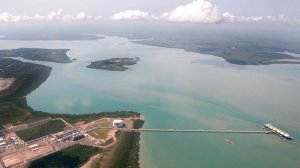 PERTH (miningweekly.com) – The federal government has welcomed a positive investment decision on the Barossa gasfield, some 300 km north of Darwin.

Oil and gas major Santos on Tuesday announced that the $3.6-billion gas and condensate project would proceed.

Santos MD and CEO Kevin Gallagher said that a final investment decision on Barossa was consistent with the company’s strategy for disciplined growth using existing infrastructure around the company’s core assets.

“Our strategy to grow around five core asset hubs has not changed since 2016. As we enter this next growth phase, we will remain disciplined in managing our major project costs, consistent with our low-cost operating model.”

First gas production is targeted for the first half of 2025, and would produce an average of 3.5-million tonnes of LNG a year.

Gallagher on Tuesday said that a final investment decision on the Barossa project also kick-started a $600-million investment into the Darwin LNG life extension and pipeline tie-in projects, which would extend the facility life for around 20 years.

“Barossa and Darwin LNG life extension will create 600 jobs throughout the construction phase and secure 350 jobs for the next 20 years of production at the Darwin LNG facility,” said Gallagher.

“Less than a year since we completed the acquisition of ConocoPhillips’ northern Australia and Timor-Leste assets and despite the global economic impact of a once-in-a-hundred-year pandemic, it is a great achievement to have extended the life of Bayu-Undan following the approval of the infill drilling programme and now to have taken final investment decision on the Barossa project.”

At the end of last year, Santos announced the tolling arrangements had been finalised for Barossa gas to be processed through Darwin LNG and that Santos had signed a long-term LNG sales agreement with Diamond Gas International, a wholly-owned subsidiary of Mitsubishi Corporation, for 1.5-million tonnes of Santos-equity LNG for 10 years with extension options.

“We will continue to explore the potential for carbon-neutral LNG from Barossa as part of our commitment to lower global emissions and as a company, reach our net-zero emissions target by 2040,” Gallagher said.

Federal Resources Minister Keith Pitt on Tuesday welcomed a final investment decision on the Barossa project, saying it was a tremendous show of confidence in the long-term future of Australia’s resource sector, and a great sign that oil and gas market conditions have improved.

“ Progress on the Barossa project means new investment, economic growth and development in the Northern Territory, and for Australia.

“As the Minister for Northern Australia, the undertaking provided by Santos that operational staff will be based in the Northern Territory is especially welcomed – ensuring that more of the benefits flowing from the project are captured here in the Territory,” Pitt said.

Analyst Woo Mackenzie said that a final investment decision on the Barossa project made a lot of sense, given the significant demand for LNG across Asia Pacific over the next two decades.

“As Barossa was the only logical backfill option for DLNG, the Darwin facility would have had to shut down for an extended period if it was not sanctioned, with partners incurring significant decommissioning costs.

"Barossa is an economically attractive ‘backfill’ investment because it can utilise the existing DLNG infrastructure. As a result, it can compete with greenfield global projects that need to construct expensive new LNG infrastructure,” said research analyst Shaun Brady.

"2021 is shaping up to be the most important year in Australian upstream investment in over a decade. Barossa is the single largest upstream project to be sanctioned since 2012. With Woodside also targeting Pluto T2 and Scarborough final investment decision in the second half, and Chevron aiming to sanction additional subsea spend at Gorgon LNG, 2021 could define the upstream capital landscape in Australia for the rest of the decade.

"With the Barossa final investment decision made, it will be interesting to see if Santos can complete the JERA sell down and if it will reduce the equity of other assets in its portfolio."