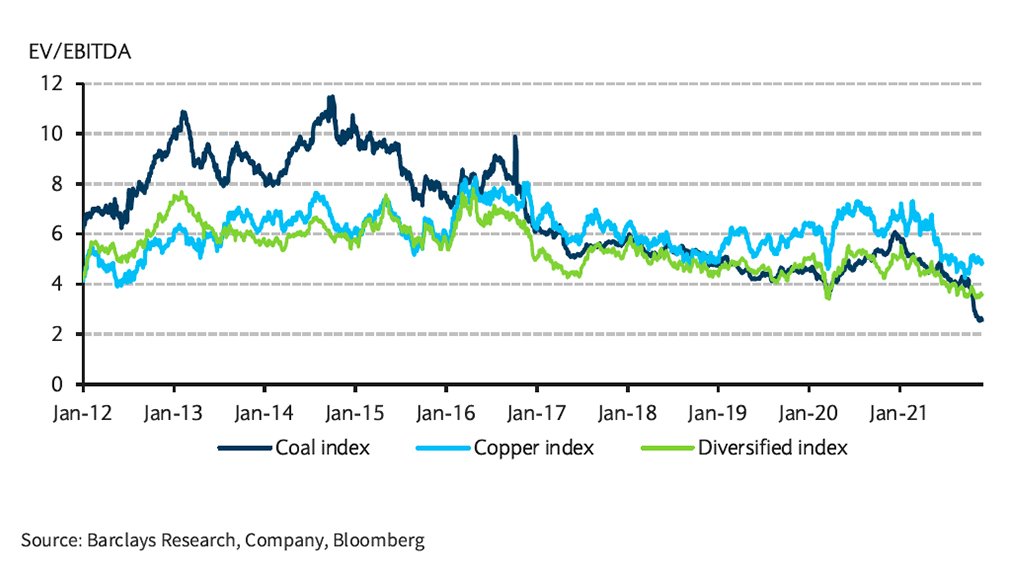 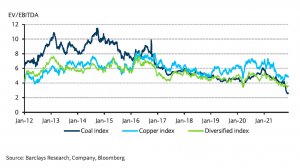 Analysts Ian Rossouw, Amos Fletcher and Tom Zang see little value to unlock in the current coal market environment and question whether a coal business of Glencore’s scale could be successfully demerged.

Their analysis follows hedge fund Bluebell Capital Partners asking the diversified London- and Johannesburg-listed mining and marketing company to separate its thermal coal business on the grounds that it had become a ‘barrier to investment” by being “morally unacceptable and financially flawed”.

Bluebell argued that Glencore could realise more value for shareholders if it separated its coal business, simplified its asset base, disposed of noncore asset Viterra, and tackled governance issues.

On Glencore’s current strategy increasing investability, the Barclays analysts contend that Glencore is already addressing many of the concerns raised and remains a Barclays top pick because of its catalyst-rich investment case.

“While the coal spinoff argument is not new, Glencore’s strategy has clearly outlined that the favoured route is to reduce coal exposure via depletion in a Paris-compliant pathway (50% reduction by 2035) and growing its future-facing commodities.

“We believe this is one of the catalysts for Glencore becoming more investible, given investors with over $60-trillion assets under management (AUM) are prepared to invest in companies undertaking responsible transition (Climate Action 100+) versus $39-trillion AUM with absolute coal exclusion policies (Disinvestment),” the analysts stated in a note to Mining Weekly.

They also noted that 94% of Glencore’s shareholders voted in favour of the company’s climate action transition plan at its annual general meeting in April.