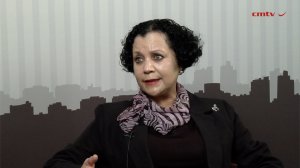 Adelaide Ruiters Mining & Exploration (ARME) has secured a mining right for its Zandheuvel phosphate mine, in Saldanha Bay, and CEO and founder Adelaide Ruiters hopes to revive competences in South Africa’s phosphate industry.

The 51% South African women- owned mining and exploration company is focusing on exploring for sedimentary phosphates and limestone in the Saldanha Bay area of the Western Cape.

Started in 2013, after Ruiters transferred her prospecting rights from her name into a company and poring over Council for Geoscience drilling results records, ARME secured backing and support from the Anglo Sefa Mining Fund, the Industrial Development Corporation (IDC), project geologist Jan van der Merwe and project metallurgist Dr Gert van der Linde, besides others.

In 2013, Ruiters tracked down Van der Merwe and Van der Linde, previous employees of Foskor, one of the only other phosphate mines operating in the country, who subsequently transferred skills to Ruiters and her team.

“South Africa needs to re- establish a phosphate expertise and competence so we can safeguard our food security. We have been mentored by people who have been in the industry for years,” she tells Engineering News & Mining Weekly in a video interview.

Following the completion of two rounds of exploration and as many rounds of continuous pilot plant testing to confirm metallurgical testwork results, ARME secured the mining right, in August, for the Zandheuvel phosphate mining project and is now undertaking a bankable feasibility study (BFS) project managed by VBKom.

The 2016 rounds of drilling were successful, proving the old drilling records were valid, while the laboratory-scale testwork proved that there is a mineral that can be beneficiated economically.

The Anglo Sefa Mining Fund funded the exploration to the prefeasibility study metallurgical testwork and the IDC funded the pilot plant studies, the BFS and agriculture trials to test the agricultural efficiencies of the sedimentary phosphate rock concentrate.

During the second round of testing, ARME adopted a modified, more environment-friendly version of the technology, the Imhoflot G-Cell, which is said to have a smaller footprint and uses less energy.

ARME substituted the traditional chemical used during the direct froth rotation process with a canola derivative, which will be sourced from local farmers in the southern Cape.

This is the technology ARME is using to complete the BFS, which is focused on the phosphate concentrate for organic agriculture, as opposed to industrial application.

“Our South African sedimentary phosphate rock resources are known to contain one of the lowest cadmium levels in the world and should be recognised locally and regionally by our agriculture industry,” Ruiters says, noting the many health risks, including cancer, associated with high levels of cadmium in fertilisers.

However, most of South Africa’s phosphate rock is currently imported – a situation Ruiters hopes to change through the provision, to farmers, of a more cost-effective and more environment friendly alternative direct application organic fertiliser that can also lead to a healthier nation.

“About 70% of phosphates are being imported and this is not necessary. We have an abundance of low-cadmium phosphates. We should be exploiting our own resources. If we produce our own fertilisers, it could lead to lower food costs,” she tells Engineering News & Mining Weekly.

The product that will be produced by the mine will be a green organic phosphate that can be used in an organic environment and is good enough to be used in a commercial chemical environment.

“We have proven through Agriculture Scientific soy bean crop trials the efficiency of the phosphate in an organic agriculture application, as well as chemical and commercial applications,” she says.

“Through beneficiation, we are increasing the phosphate content to 28.7% phytoavailable phosphorus, or P2O5, and we can say we have a very high citric acid solubility, so we do not have to produce a phosphoric acid before the plant can absorb the phosphorus,” Ruiters adds, noting that the phosphate rock was also tested in Europe to determine whether a phosphoric acid could be produced from the 28.7% content.

“The results came back positive and, in the future, we may blend with other phosphate sources in the country.”

ARME also owns other prospecting rights in the Vredenburg area , in the vicinity of Zandheuvel. The company will also consolidate these rights into a resource to complement its flagship Zandheuvel phosphate mine.