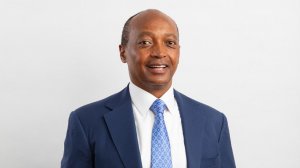 ARM is a member of the International Council of Metals and Minerals (ICMM), which Motsepe highlighted as an outstanding association of the world’s largest mining companies with world-class commitments to environmental protection and climate change mitigation – “and we’re very happy with the progress that’s being made there”, Motsepe added after declaring a final dividend of R20 a share to bring the total financial year (FY) 2022 dividend to R32 a share, up on the R30 share of FY2021. The amount to be paid is R4 493-million.

Following a significant increase in operating profits at the ARM Coal operations amid cash generated from operations rising by R706-million to R8 508-million, ARM Coal loans owing to Glencore Operations South Africa have been fully settled, with Motsepe describing ARM’s transitioning out of coal as being “part of the responsible and really focused transition to clean energy … to make the world a better place”. Significantly higher export coal prices drove a R1 178-million increase in ARM Coal headline earnings to R928-million, compared with a R250-million headline loss in FY2021.

ARM CEO Mike Schmidt told the presentation that ARM’s commitment to environmental, social and governance (ESG) matters were aligned with the principles as set out by ICMM.

“In terms of climate change, ARM aims to achieve net-zero emissions by 2050. We are currently busy with a number of initiatives and introducing various pathways to deliver on these commitments,” Schmidt added.

In response to Mining Weekly’s question relating to ARM Platinum signing an agreement for the supply of 100 MW of solar energy, ARM Platinum CE Thando Mkatshana said the 100 MW would address 33% of the division’s total electricity consumption in the next three years.

“We are also considering further upgrades in terms of other options to look at reducing our power supply from Eskom to renewables,” said Mkatshana.

ARM Ferrous CE André Joubert added: “In our operations in the Northern Cape, we’re well advanced with a feasibility study in terms of also supplying our mines with solar power and collectively we’re looking at just over 80 MW.”

Environmental impact assessments are underway to open the way for the building of the solar plant.

“Ours will be slightly different. They will be what we call ‘behind the meter’ installations because currently the Eskom distribution network in the Northern Cape doesn’t have capacity to yield power at the moment, but we’re making very good progress in that regard,” said Joubert.

Schmidt said a big component was reducing ARM’s dependency on diesel. “Over the next five or seven years, we will look at alternative trucking methods, because of the prohibitive cost of diesel and also from a carcinogenic point of view.”

“We’ve got three of each of those already deployed underground and we’re testing them to see how efficient they are, and they are going to save diesel and also the heat that diesel trucks generate underground, which ultimately then would require less ventilation and through that more energy savings as well,” added Joubert.

Headline earnings for the year ended June 30 decreased by 13% to R11 338-million, or R57.87 a share, with the purchase consideration of R3 500-million for the acquisition of Bokoni platinum mine being completed this month.

ARM Platinum headline earnings decreased by 34% to R3 066-million largely owing to a negative mark-to-market adjustment as a portion of the ARM Platinum receivables were realised at lower prices following the decline in rhodium and palladium prices.