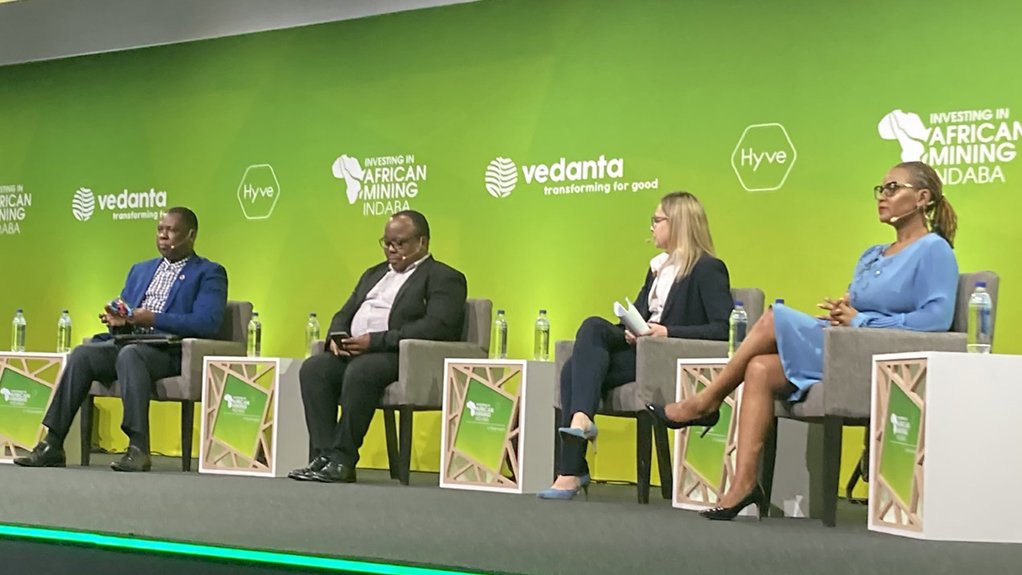 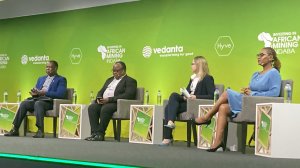 From left to right is Lesufi, Mabuza, Manook and Tsengwa

Speaking at the Just Transition & The Future of Coal in Africa panel at the Investing in African Mining Indaba 2022, held this week, she noted that coal-fired power plants employed 113 000 people directly in South Africa alone, with the sector supporting another 340 000 indirect and induced jobs.

Manook said that any just transition to clean energy had to consider the impact on communities and their future. This was especially true as more than 90% of jobs in the renewables sector were temporary.

These numbers signalled a warning not to rush through a transition without weighing local costs and benefits.

Manook added that it was necessary to rethink the assumptions held around fossil fuels – especially its importance to emerging markets and developing economies.

“There is no one silver bullet to realise climate ambitions, and no one perfect pathway for all of us to reach our destination.

“We recognise that more action is required from the [coal] industry itself . . . coal can abate 99% of its pollutants with commercial technology that exists today. We clearly need to do our job better to educate people.

“While some believe [coal’s future] is nonexistent, I believe it is one that is strategic, coordinated, needs to be inclusive and, obviously, responsible.”

Manook said the dialogue between the coal industry and those supporting renewable energy had become exceedingly binary.

“We’re all on the same side. We need an agnostic approach. We need the debate to be agnostic.”

Coal miner Exxaro Resources CEO-designate Dr Nombasa Tsengwa noted that the meaning of a just transition “is to leave no-one behind”.

He said that any just transition must be looked at through the prism of the “poorest of the poor in society”.

He said South Africa had committed to a lower-carbon future on the global stage, but that the country had to find “the appropriate means” to transition from a high- to low-carbon trajectory.

Mabuza believed society needed to have a dialogue on whether this necessarily meant “no coal”.

Minerals Council South Africa Environment, Health and Legacies senior executive Nikisi Lesufi added that it was important that pragmatism prevailed in a just transition, and that South Africa should not compromise its energy, or job security, in moving to a lower-carbon economy.