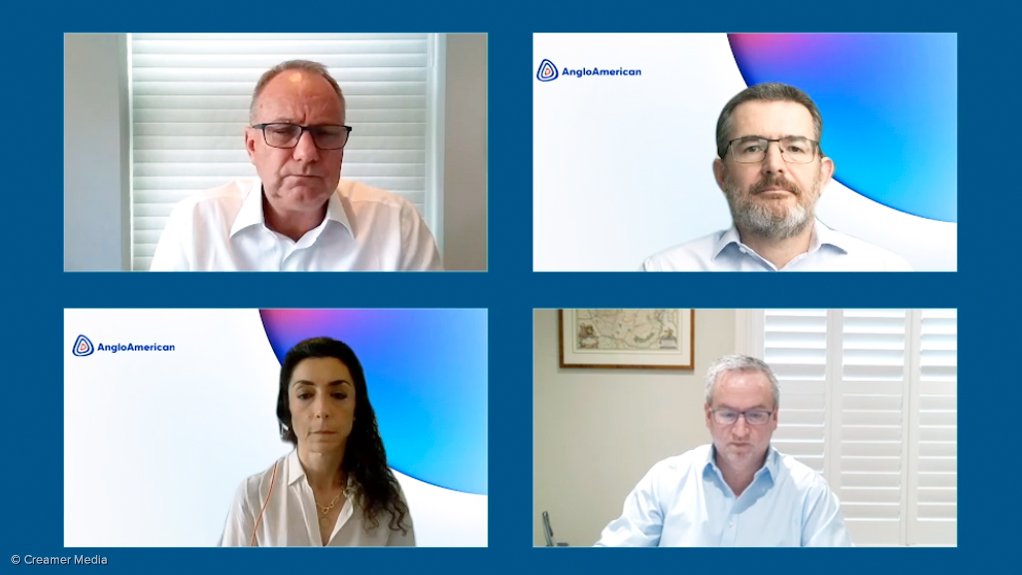 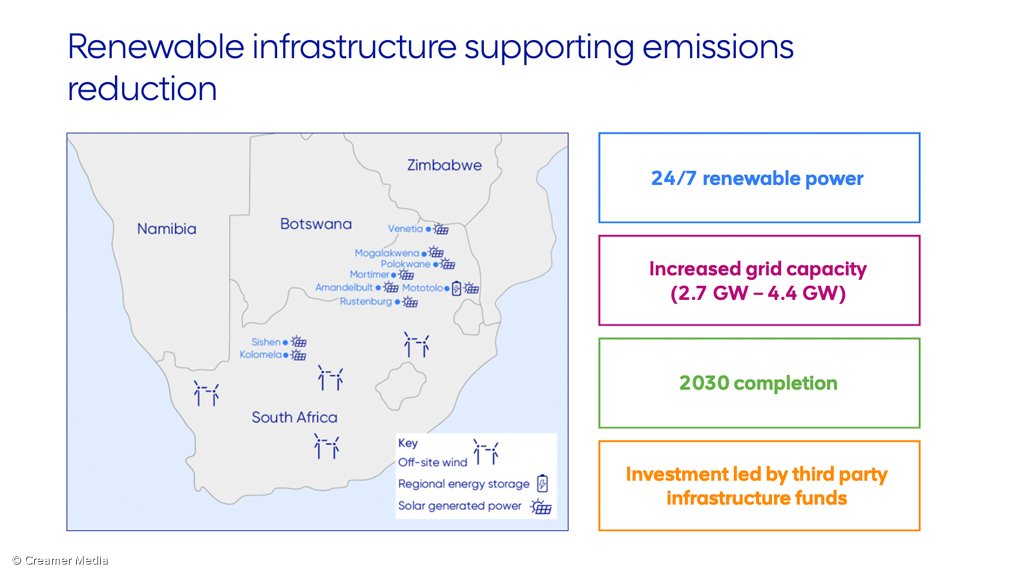 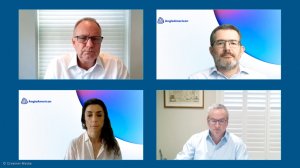 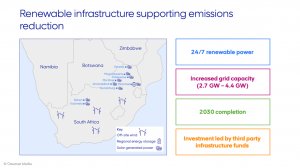 JOHANNESBURG (miningweekly.com) – Diversified mining company Anglo American is planning to use water in its underground mines to generate electricity.

The water will be pumped up when operations have excess renewable power and allowed to run back down when electricity is needed.

From the work Anglo’s teams have done under technical director Tony O’Neill, the system will reduce storage capacity by around 50% when compared with lithium batteries or even hydrogen storage.

“It’s a really smart solution based on the physical assets that we’ve got in the country that are under-utilised. It provides as with a really cost-effective solution for the whole South African package,” Anglo CE Mark Cutifani said during the company’s second 2021 sustainability update, in which Anglo FD Stephen Pearce, Anglo tax head Zahira Quattrocchi and Anglo responsible business partnerships head Jon Samuel also featured prominently. (Also see attached image.)

Envisaged is that the pumped hydro storage system will dovetail with wheeled Southern African wind and solar power to provide Anglo with energy – at all its sites.

A slide displayed during the sustainability update showed the planned renewable infrastructure supporting the emissions reduction and involving from 2.7 GW to 4.4 GW of increased grid capacity for round-the-clock clean power provided by off-site wind power, solar power and regional energy storage as well as on-site input for green hydrogen generation.

Investment will be led by third party infrastructure funds with a 2030 completion date on the displayed slide, which listed Anglo operations including the Mogalakwena platinum group metals (PGMs) mine, the Venetia diamond mine, Polokwane, Mortimer and Rustenburg processing plants, the underground Amandelbult and Mototolo PGM mines, and the Sishen and Kolomela iron-ore operations located in South Africa's very hot Northern Cape.

Renewable energy generation taking place inside the fence of Anglo's operations would, the company said, be dedicated to production and hydrogen generation, which is already taking shape at Mogalakwena where the world's biggest hydrogen haul truck will be launched early next year.

“In terms of renewable electricity, I’d like to make the point that we’re not just talking about change, we’re doing it,” Cutifani enthused.

The London- and Johannesburg-listed company’s Scope 2 emission reduction is about switching to renewables. Scope 2 emissions are indirect emissions from the generation of purchased energy, from a utility provider.

Anglo has already signed contracts for all of its South American operations and by the end of next year, it will have a 100% renewable supply in South America.

That will take Anglo’s renewable electricity from about 36% of total electricity input across the group to about 56% from 2023.

Featuring overwhelmingly in the remaining 44% is South Africa, which will require a different approach.

“The last 44% requires us to think differently and it does require some investment, either from us or third parties. But the interest we’ve had from third parties and other producers of electricity in those areas certainly gives us confidence that we can get a return on our investments and the outgoing capital will be relatively easy to manage, depending on the absolute cost we’re chasing and the returns.

“It’s a work in progress but certainly the pathway looks pretty good and certainly we believe we’re going to be able to wash face in term of capital inputs – and that, from our point of view, is part of that competitive positioning that we see, which we think is quite different to our competitors,” said Cutifani.

He also noted power utility Eskom’s recent reference to $30-billion of investment in creating a new energy strategy for South Africa and said a number of pension funds and infrastructure providers had already shown an interest in funding Anglo’s plans.

A number had said that they did not have enough infrastructure projects to fulfil their investment mandates.

The 100 MW solar facility at Mogalakwena would most likely be funded by Anglo itself, which would then be connected to the underground storage concept.

“Again, for us, that’s a no-brainer in terms of providing us with low-cost energy. It provides us with more stable power. We are still in concept and scoping phases and it will be a combination of investments by third parties. That implies funding that is off our balance sheet but there will also be some investments on our balance sheet and getting that mix right is something we’re working through,” said Cutifani during the virtual event covered by Mining Weekly.

The most important point to make on the funding of the Southern African leg of the strategy was that it was still subject to the detail but would certainly provide a good economic return.

Pearce said that although some of what was needed required early sponsoring, including hydrogen ships in due course, but it did not mean that Anglo would have to use its balance sheet forever.

“I think it will be the same with the South African energy strategy where we may sponsor initially, but it doesn’t necessarily mean we have to own these things forever. People are really looking for these sorts of opportunities and I think that plays well into this space,” said Pearce.

Cutifani added that these opportunities would be considered in the same way as the company’s innovation and technology investment were looked at on an annual basis, “because these things pay for themselves”.