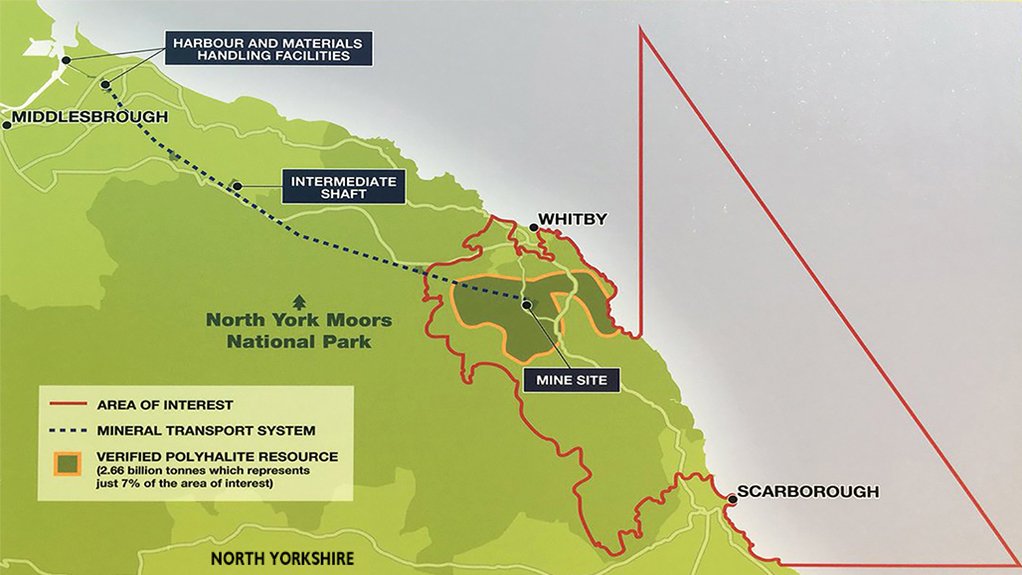 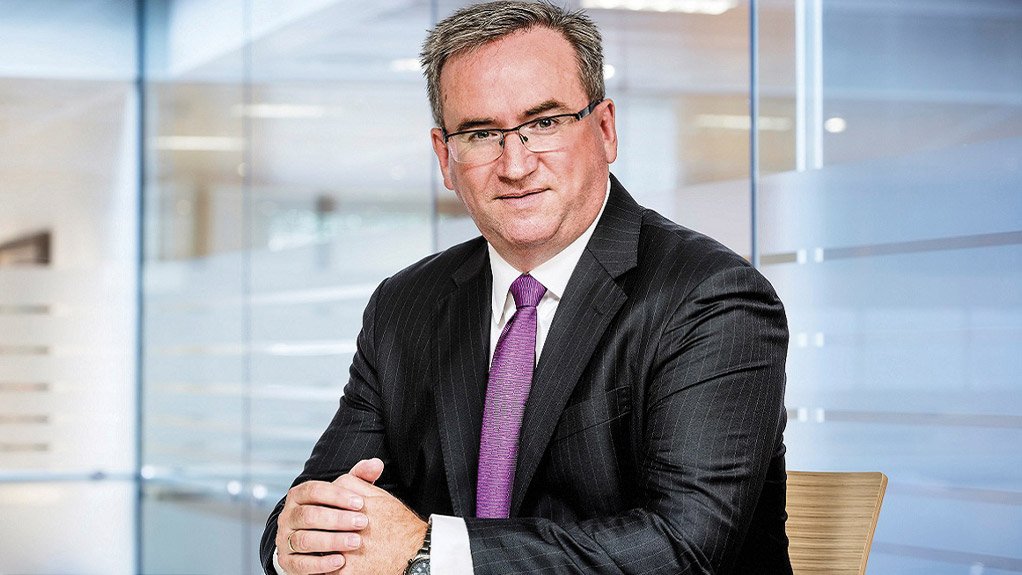 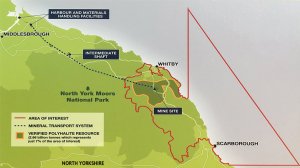 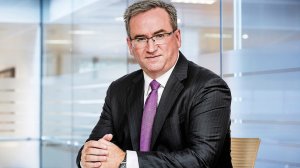 JOHANNESBURG (miningweekly.com) – Diversified mining company Anglo American is keen to enter the fertiliser space by acquiring an underground polyhalite mining project in North Yorkshire, UK, on which more than $1-billion has already been spent on physical development by a company Anglo may take steps to buy for half that.

Sirius Minerals, the London-listed company that owns the $4-billion Woodsmith project in North Yorkshire, has secured the required approvals and mineral rights for the mine, which has a design capacity 20-million tonnes a year of multi-nutrient, low chloride polyhalite, a fertiliser mineral currently mined in small volumes, but one which potash analyst Humphrey Knight writes has accumulated “significant interest”.

Anglo FD Stephen Pearce said during a conference call in which Mining Weekly Online participated on Wednesday that Anglo had approached Sirius, the developer of the project, with a possible offer of 5.5 pence per Sirius share, which puts Sirius’ entire share capital at “just a touch over $500-million”.

Pearce recounted that the Sirius board had stated that it expected to be able to recommend a firm offer at this price, subject to the safeguarding of employees and other stakeholder interests. Anglo has until February 5 to make the offer.

Prior to Anglo’s approach, Sirius was drawing close to the final stages of capital raising for the project to mine the hydrated potassium, sulphur, magnesium and calcium evaporite mineral.

“This asset clearly has the potential to be a tier-one asset in terms of scale, resource life, operating cost profile and the nature and premium quality of its product,” said Pearce.

The orebody is as thick as 50 m in parts, averages 25 m and lends itself to bulk underground mining.

The project is calculated to have the potential to operate at a 50%-plus earnings margin.

Pearce stated that Anglo intended to update the project’s development timeline, optimise the mine design and ensure its appropriate integration.

“As we all know, fertilising is one of the most effective ways of improving crop yields on the limited additional land available for agricultural use,” he said.

Poly4, the trademark name given to the product, can be used as a cost-effective alternative to traditional potassium-bearing minerals products, Pearce emphasised, in addition to pointing out that integration into Anglo would:

“We think it’s well placed to progress,” he said of the project, which a conference participant described as looking “dead in the water” before Christmas.

“This is almost the ideal time. You very rarely get an opportunity to come across a tier-one asset and secure it in this way,” Pearce responded.

Sirius’ project involves the mining of polyhalite from beneath the North York Moors National Park and then belt conveying it along a 37 km tunnel to Teeside, for shipping to countries including Brazil, China, and the US, but funding issues have slowed development of the mine, which was expected to open in 2021 and create 1 000 jobs.

Already in North Yorkshire is the Boulby mine, run by Cleveland Potash on a 200 ha site south-east of the village of Boulby. Cleveland Potash is a subsidiary of Israel Chemicals. Imperial Chemical Industries (ICI) obtained planning permission for Boulby in 1968. Under ICI, Cleveland Potash was a wholly owned subsidiary. Before ownership was transferred to Israeli Chemicals in 2002, ICI owned Boulby jointly with Anglo and then De Beers. In 1973, the first potash was extracted from the mine, and since then, Boulby has been mining and refining potash on site for supply to global customers. Polyhalite mining commenced in 2016.